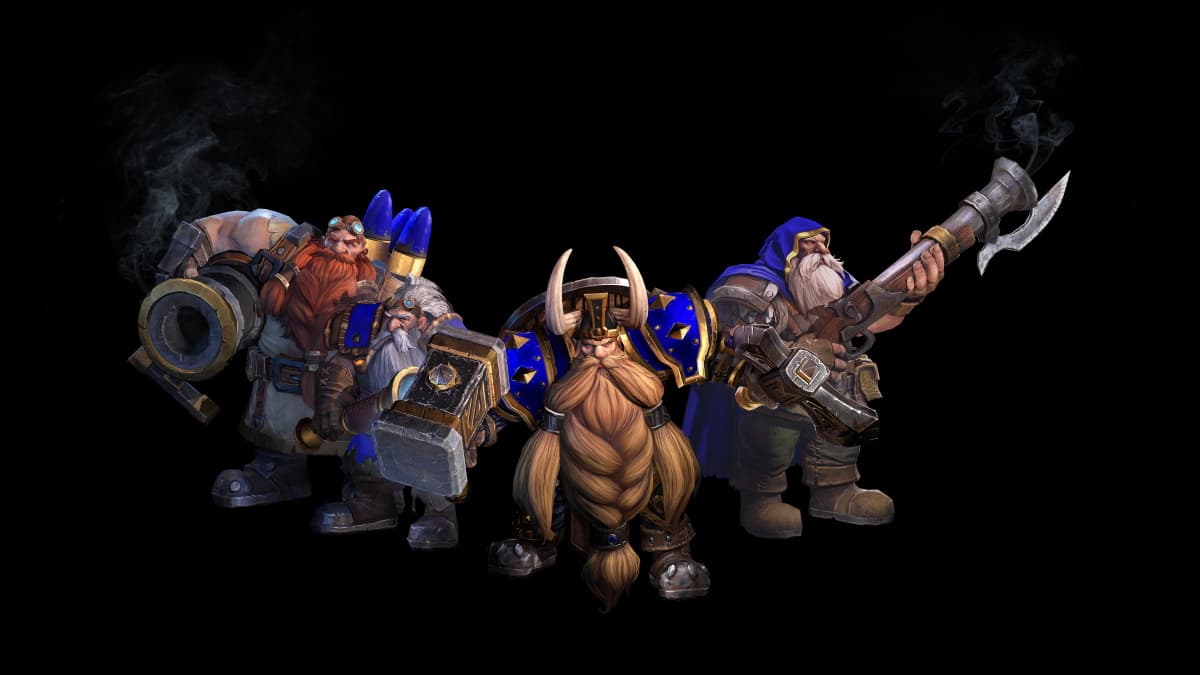 Warcraft 3: Reforged is a remastered version of the classic RTS from Blizzard. The game brings back all of the game’s fun in a graphically updated package. While it may look different, most of it feels the same, and the units still pack a punch as much as ever. When playing as the Human faction, you want to bring your best teams to the front and make your enemy regret crossing you. These are the best units to use when playing as Humans in Warcraft 3: Reforged.

Related: How to start a private game in Warcraft 3: Reforged

What are the best Warcraft 3: Reforged’s best Human units?

These will not serve as your frontline units, but you want to have a handful of Gryphon Riders in reserve and ready to strike your opponents. You want them to use to surprise your enemy of nowhere. They’re a flying unit ideal for attacking ground units, coming in, and breaking them up. They’re handy because of the splash damage, meaning they can deal a significant amount of damage to bundled-up opponents.

You may want to stick with hit-and-run tactics, though. These are not heavily armored units, but they’re expensive. Keep them close to the back, and after they finish their job, have them retreat to a safe distance.

Healers are what you’re going to need to use to keep many of your units alive. A priest in your backline will keep your units going, making it easier to overpower the enemies in numbers. While they can heal, you also want to use priests for their Inner Fire to increase the attack of your armies and make it even easier to fight back.

A priest can do multiple things in a fight, but they play a supportive role. If you keep your eye on them and ensure they’re protected, a priest can help tip the tides in your favor.

Related: How to heal your units in Warcraft 3: Reforged

The knights serve as your bread and butter as Humans. These are rapid and robust units capable of cutting hordes of foes. You want to research these relatively fast to replace the common foot soldier in your army. You can use them to rush around the battlefield, overwhelm a line of enemies, quickly back off if things become too much, or even draw the enemies in a well-timed ambush.

The knights are the core foundation of the Human faction, and not relying on them is a huge mistake. Instead, you want to increase their hitpoints whenever possible to make them even more durable in combat.

These are your anti-spell caster units, the Spell Breakers. If you want to disrupt enemies heavily reliant on magic, you want these at your frontlines fighting alongside your knights to take them out. Their abilities, Spell Steal and Control Magic, will ruin any magic dealer’s day with a little bit of executed coordination between their skills and your army.

Additionally, these units are immune to negative spells, so if you plan to use heavy-hitting magic against your foes, you don’t have to worry about these standing at the front line. They won’t take any damage. Match these units up with some powerful spellcasters who can deal damage from afar and your knights, and you should withstand any onslaught of enemies.

The final unit to keep your eye on is the Mortar Team. You want to have them hit the backline of your enemies because a Mortar Team’s attacks will also damage your team. In addition, they do not discriminate between ally and foe, making them a dangerous unit. You want one or two of them off in the distance helping out, firing at the enemy’s weaker teams hidden in the back, but make sure you watch where they’re firing. Some of your units could start falling if they start aiming at the frontline.

Because the Mortar Team is not a mechanical unit, you can cast invisibility on them to have them sneak around against your opponents. You can also use the spell to get them out of a sticky situation when cornered. They can only fire at a long-range, meaning they have no short-range defenses. This is a situational unit you must consider when to bring them into combat.