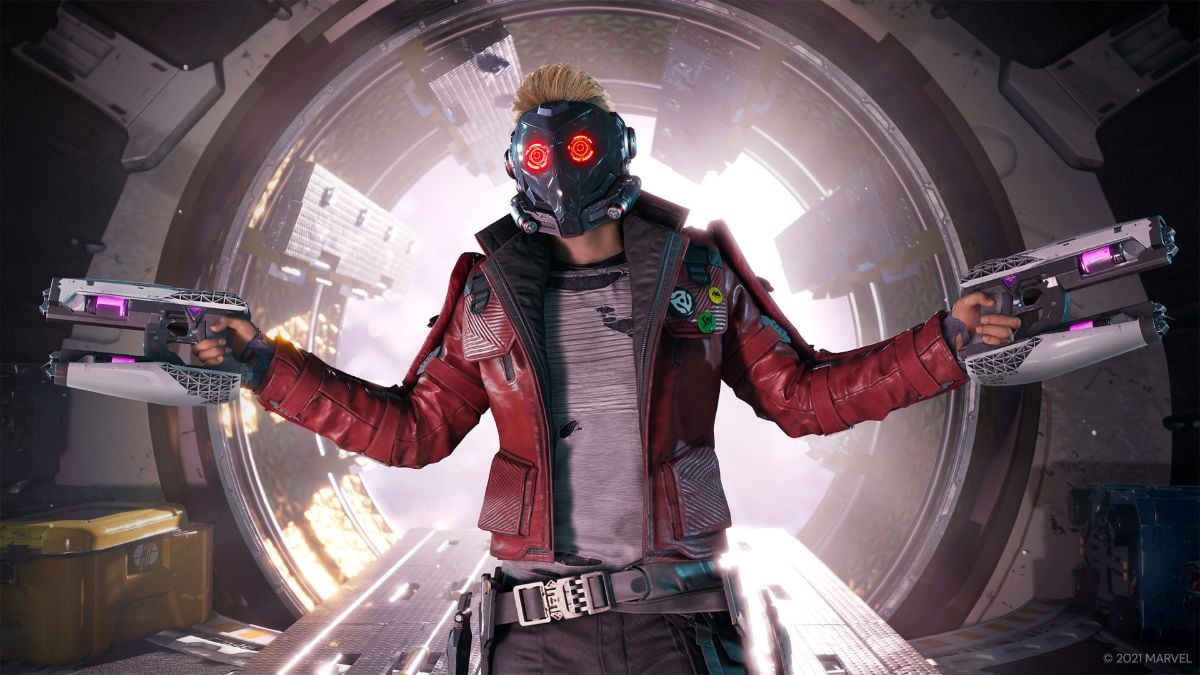 Marvel has seen its fair share of ups and downs when it comes to its video game adaptations. From the brilliance of Insomniac’s open-world opus in Marvel’s Spider-Man to the unpleasant Marvel vs. Capcom: Infinite, fans have been a rollercoaster of quality. Thankfully, things to be looking up as Marvel’s Guardians of the Galaxy is a good, if not great, video game adaptation. Here is our ranking, from least favorite to most favorite.

A good ol’ beat ’em up is sometimes what the doctor ordered, but the Marvel Ultimate Alliance games, the first in particular, are riddled with bugs and dated game design. Seeing all of our heroes coming together is awesome, but there are only so many waves of enemies we can fight before we get bored. The boss battles are also poorly designed with overpowered attacks. With basic RPG mechanics, a decent story, and mediocre gameplay that lasts for over 10 hours, we would prefer to skip this Marvel game on the PS4 and PS5.

Talk about a game with a great start but fails to hit the landing. Deadpool is exceedingly comical as it plays around with the fourth wall breaking at the beginning. You’re interacting with Deadpool’s environment with plenty of fun crude jokes throughout, and then once you’re in the game, it becomes as bland as toast without butter. Repetitive combat, uninspired level design, and dull environments make this once comedic trip a bore. We only rate this higher as Nolan North fits the role perfectly. We’d love to see another crack at this by another development team like Insomniac Games.

This game is what happens when a studio falls out of touch with its audience. The overall game design is sound, but the general consensus is that Marvel vs. Capcom: Infinite is a dud. The overall art style is a mess with strange characterizations of our favorite heroes mixed in with poorly implemented animations. The models of Captain America and Chun-Li in particular upset fans with their facial animations. Additionally, the story is filled with bad jokes, terrible fan service lines, and awkward moments that likely reflected the communication between Marvel Games and Capcom at the time.

This match-3 puzzle game Marvel Puzzle Quest: Dark Reign is beloved by critics and fans alike despite its simple premise. In addition to that tried and true formula of match-three gameplay, there is an RPG leveling system as well as episodic events written by comic writers. Each Marvel character has its own abilities to offer, and the gameplay in and of itself is addictive.

When you play a Lego game, you generally know what to expect. There are puzzles to solve, some mild family-friendly combat, and a comedic charm to the cutscenes. The formula has become stale for those who grew up with the Lego Star Wars games, but these games are perfect for kids and parents. The number of characters they add to these Marvel games is staggering, and they’re generally well-liked by their target demographic. We also love the attention to detail to each location from the movies and the characters. There’s a reason why these games keep getting made.

Guardians of the Galaxy: The Telltale Series

Similar to the Lego Marvel games, you also know what to expect with Telltale’s games. This game puts a heavy focus on dialogue with conversation trees and consequences throughout the narrative. The Guardians of the Galaxy perfectly fit that mold. As Starlord, you must keep the group together, and your decisions will impact your relationship with each member. As the Guardians are a family of outsiders, their personalities with each other really shine in this underrated Telltale series.

Square Enix’s first attempt with a Marvel property was hit and miss, but arguably it did more things right especially if you look at it from a single-player perspective. This game has one of the best coming-of-age stories out there in the interactive medium as Kamala Khan becomes the hero she’s always wanted to be. The story in Marvel’s Avengers plays out in a predictable manner, but the ride is filled with blockbuster action, some decent comedic writing, and great graphics to boot. It’s a shame this game was tied down by its obsession with being a live service title, and the missions are uninspiring and the multiplayer aspect feels like an afterthought.

Marvel’s Guardians of the Galaxy

The point about making Marvel’s storytelling shine in a single-player game is true within Guardians of the Galaxy. While the dialogue may be heavy in parts, this Eidos-Montreal project has plenty of charm from its rich cast of characters. Its combat system is a fast-paced third-person shooter with team management. You’ll have to use tactics to outwit bosses. For example, in a battle against a tentacular monster called the Dweller-in-Darkness, you have to use Groot’s roots to keep its arms in place. The puzzles are also quite ingenious as you use each of the Guardians’ abilities to move around the environment.

Insomniac Games completely nailed who Spider-Man is in its video game adaptation of the friendly neighborhood hero. Through an original, impactful story, we are compelled by Peter Parker’s double life as a scientist/volunteer and a superhero. Almost every villain is developed and each encounter feels like an emotional rollercoaster. Mix that with some of the best combat in the superhero genre, enjoyable stealth mechanics, and a suite of gadgets at your disposal, and you’ll be in for a fun time. We would be ashamed if we didn’t shout out the gorgeous animation work and reimagination of the beautiful city of New York.

The follow-up sequel to Marvel’s Spider-Man starring Miles Morales is arguably even better. While it’s more limited in scope, the combat is even snappier with Miles’ newly found electrical powers. We love zipping and zapping throughout the city. It once again has a compelling narrative about family, loss, and acceptance. Tears will definitely be shed if you decide to play this. We thought this was an excellent coming-of-age story like Marvel’s Avengers as Miles grows into his role as Harlem’s Spider-Man. We also dig the comradery between Peter and Miles, and we can’t wait to see that relationship grow with Marvel’s Spider-Man 2 around the corner.