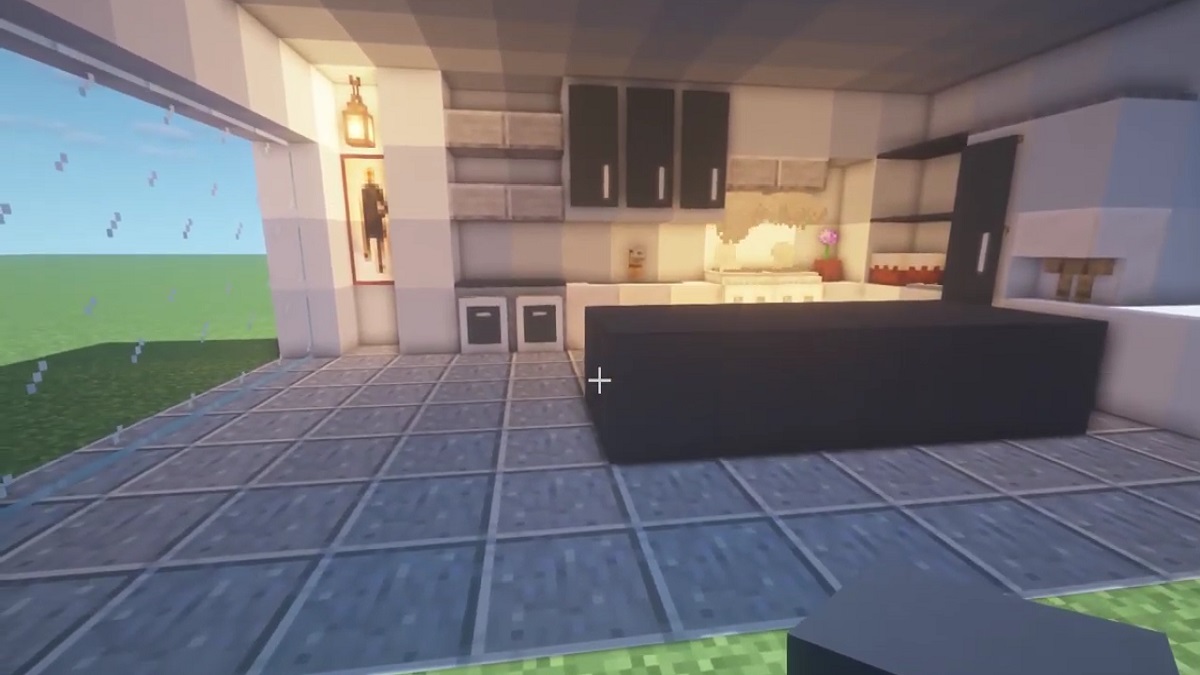 A kitchen is one of the most vital parts of any home, so it’s essential to design it properly. Fortunately, there are few constraints in the Minecraft universe, and you can experiment with a variety of kitchen ideas. Hence, we have listed the best kitchen ideas, designs, and concepts that players can utilize in Minecraft.

A modern kitchen, complete with all luxuries, is what everyone desires. Its sleek design is mainly made of white concrete with a hint of andesite blocks. If needed, you can create a contrast by using Redstone or Nether blocks.

You can build a medieval kitchen if you want to diverge away from a modern-looking one. This might not be as polished as the modern kitchen, but it’s still aesthetically pleasing. The walls in the medieval kitchen are mainly made of andesite, whereas the furniture is completely made from wood. You can also hang fire torches to complete the medieval look.

Although the concept of cooking outside is nothing new, you can take it to a whole new different level in Minecraft. This is a perfect kitchen for outdoor lovers and those who like to cook under the bright, blue sky. That said, you might manna add a roof to the kitchen when the rainy or winter season arrives.

If you do not want a flashy kitchen with tons of equipment and gadgets, a simple kitchen might be the best for you. It isn’t hard to build but has all the necessary amenities that a regular kitchen has, and it also utilizes fewer resources than other kitchen designs mentioned on the list.

A kitchen built entirely out of wood might not be the most optimal in real, but it definitely works in Minecraft. Not only it’s effortless to make, but the materials required are also minimal. In a few places, you’ll have to use stone blocks for building a stovetop, but for the most part, it’s entirely made out of wood. You can also use spruce wood instead of regular one to make the entire build fancier.