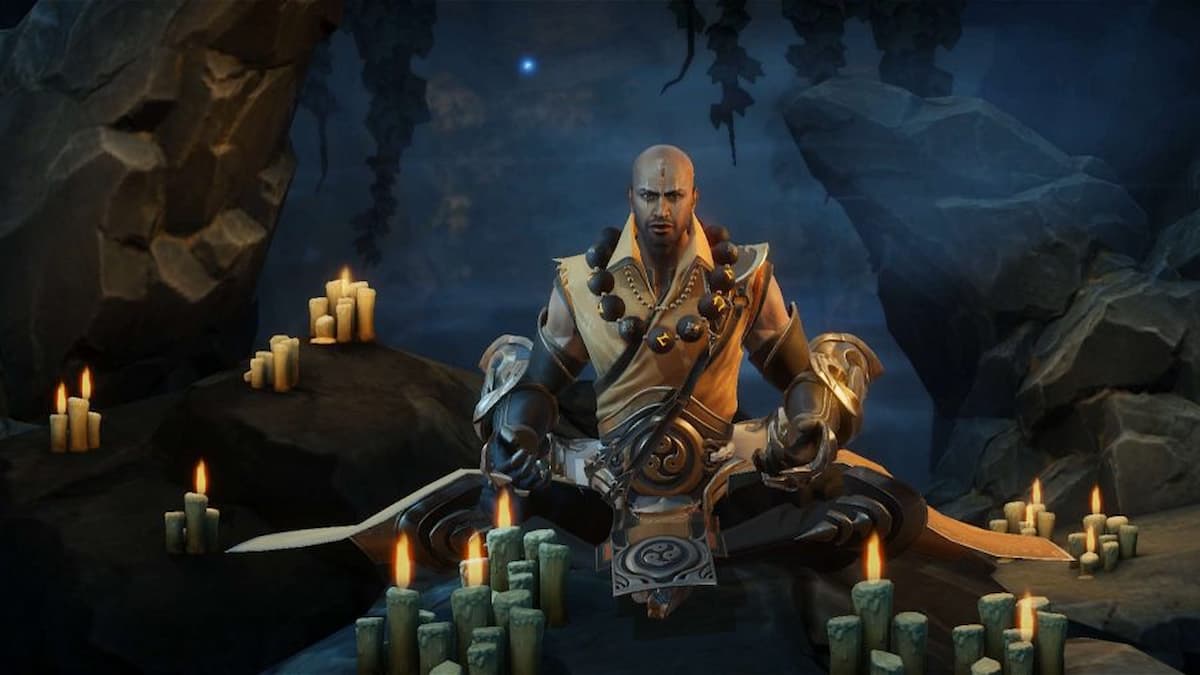 Monk is one of the six classes available to players in Diablo: Immortal. Although it might not be as popular as the Necromancer or the Wizard, Monk can be a real force if played efficiently. When maxed out, Monk boasts fast-paced melee attacks and is capable of clearing waves of enemies in a short period. Monk is also good at supporting teams, making it a well-rounded class. If you are planning to play the Monk class and are unsure of the appropriate build, we have a guide explaining the nitty-gritty.

Here are our recommendations for skills that you should equip while playing Monk.

The ability allows you to teleport to a nearby enemy and unleash a barrage of punches. After landing every third punch, you’ll be able to teleport again. This ability is unique because it can be upgraded using Lighting Flux (ultimate), where you’ll be able to teleport after each punch. Furthermore, defeating any enemy will generate a Thunderstorm which damages nearby enemies and knocks them back. You also get a passive shield for 3 seconds that absorbs 20% damage of your maximum health.

Related: What are Warbands in Diablo Immortal?

This will be your primary mobility skill allowing you to dash forward when used. Upon dashing, your character will leave a spirit behind that will return to you after a brief moment pulling all the enemies in its path and dealing damage.

Exploding Palm is great for clearing mobs and is Monk’s best AoE ability. Using the ability, you will damage enemies in one direction and inflict a bleed upon them. Enemies that die while bleeding will explode, damaging other nearby enemies.

This is another mobility skill that will allow you to dash between enemies rapidly, striking up to seven times. Each additional hit on the same target will only deal 50% of the normal damage.

You will summon two spirits that will fight alongside your character for 10 seconds. The spirits will have 100% of your life and use basic attacks to deal damage.

Since Monk is a melee class that excels at close-range fights, the primary attribute you need to focus on is Strength. Additionally, you will be taking a lot of damage in fights, so it’s good to have Fortitude. The rest of the attributes can be decided depending upon the build and playstyle. That said, here is our attributes priority list:

Because there are so many Gems to choose from, we’ve compiled a list of the Gems you should prioritize:

For normal Gems, You need to get Tourmaline, Saphire, and Topaz.

As mentioned before, you can switch up playstyles depending on your preference, which might slightly alter the build. However, for the most part, this is the most optimal approach for the Monk class, and you should try this build before making any significant changes.