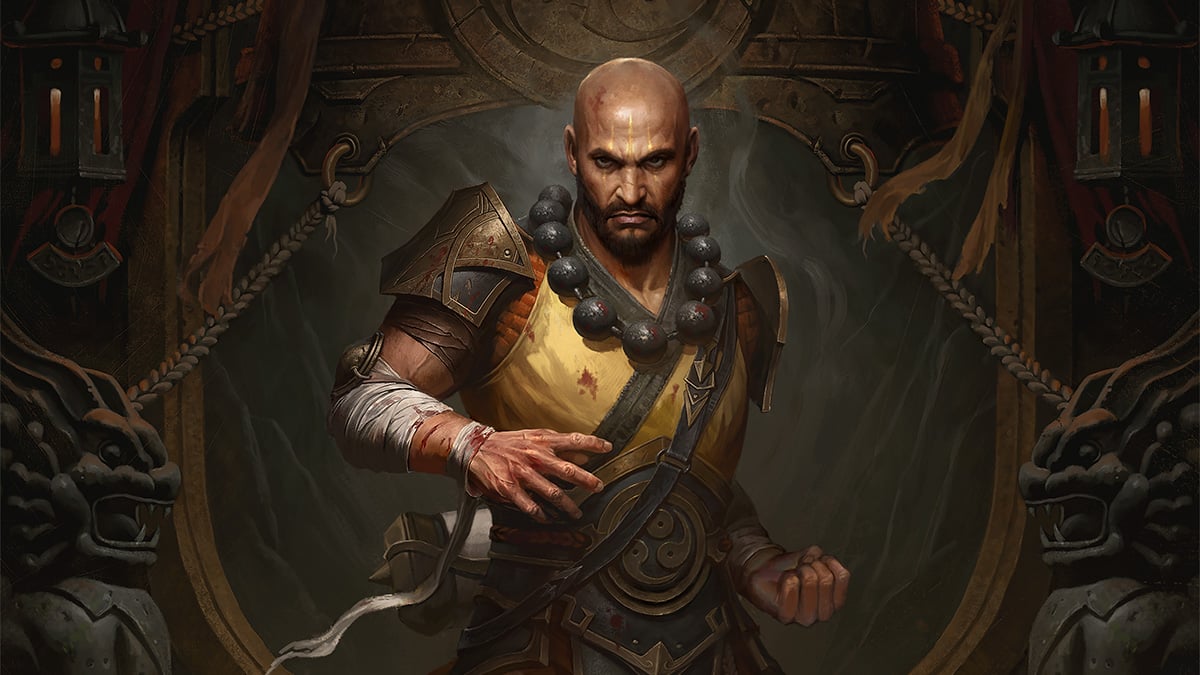 You have chosen the spiritual path of the mystical Monk in Diablo: Immortal, and need a little help on your way leveling from 1 to 60? Worry not, weary traveler. Follow our easy guide to pick out the best skill build to complete the campaign before entering the endgame.

The Monk is a class with some of the best support and buff skills in the game, but those truly shine in group play. However, to get there through the campaign, you will have to utilize your great maneuverability and leverage your good AoE damage potential, while making sure to avoid the pitfalls of lower single target damage and reliance on skill combos. The Monk is a great choice for players who enjoy risky fast-paced gameplay.

Level 1: Your best Primary skill is also our starting one, Fists of Thunder. It’s a decent attack, but it also includes a short-range teleport, which adds a bit of movement that can really add up over the campaign’s clear speed. Next, you start with Flying Kick and Cyclone Strike. Flying Kick is a decent attack and movement skill but has a pretty long cooldown, which means that you will be replacing it in the future. Meanwhile, Cyclone Strike is a fantastic skill for siphoning in enemies to gather them up and then decimate them with an AoE attack. You will be keeping it for utility throughout the leveling process.

Level 3: You unlock Wave Strike. It is a small damage bump at this point but takes too much setup to reach full potential. You should plan on replacing it in the future as well.

Level 8: Seven-Sided Strike is your fourth unlocked skill, and is going to be your main AoE skill of choice. It is an amazing skill to clear packs of mobs, and you should get into the habit of gathering up large groups of them with Cyclone Strike, and then demolishing them with the Seven-Sided Strike.

Level 15: Mystic Strike is unlocked to replace Flying Kick as your main movement ability. This upgrade has several benefits: it deals damage, pulls enemies together, and it has multiple charges. It’s simply a perfect mobility tool to use from here on out.

Level 24: You finally replace Wave Strike with Exploding Palm. This is another AoE gem that causes bleed and will help you clear areas even faster. Add it to your AoE combination and watch the whole screen explode. That way, you will use the sequence of Mystic Strike to initiate the fight, then Cyclone Strike to gather mobs up, followed up with Exploding Palm to apply the exploding bleed to foes around you, and Seven-Sided Strike as a finisher to blow everything up. When properly executed this is one of the most satisfying combos in Diablo: Immortal.

Monks use dual fist weapons or claws as their main hand and off-hand combo. The off-hand weapons will be tagged as such, which means that you won’t be able to swap a main hand version to the other hand and benefit from its stats. While playing through the campaign, always pick gear with stats that increase your damage output, mobility, and survivability.

Pick everything up and salvage them for extra resources at every opportunity, transferring upgrades to new equipment for free. Make sure to upgrade all of your equipment to Rank 6 before moving on to Rank 7. That way, you will get an extra attribute for each primary slot.

Legendary items represent massive power spikes for your character. Almost any that you find would be a huge upgrade, but some of the best Legendary items to find for Monks early on include:

Normal and Legendary gems improve the power scale of your character along with gear. While leveling, equip all gems that you find in Hidden Lairs. For Monks, pick up the Tourmaline gems as a priority, if given a choice.