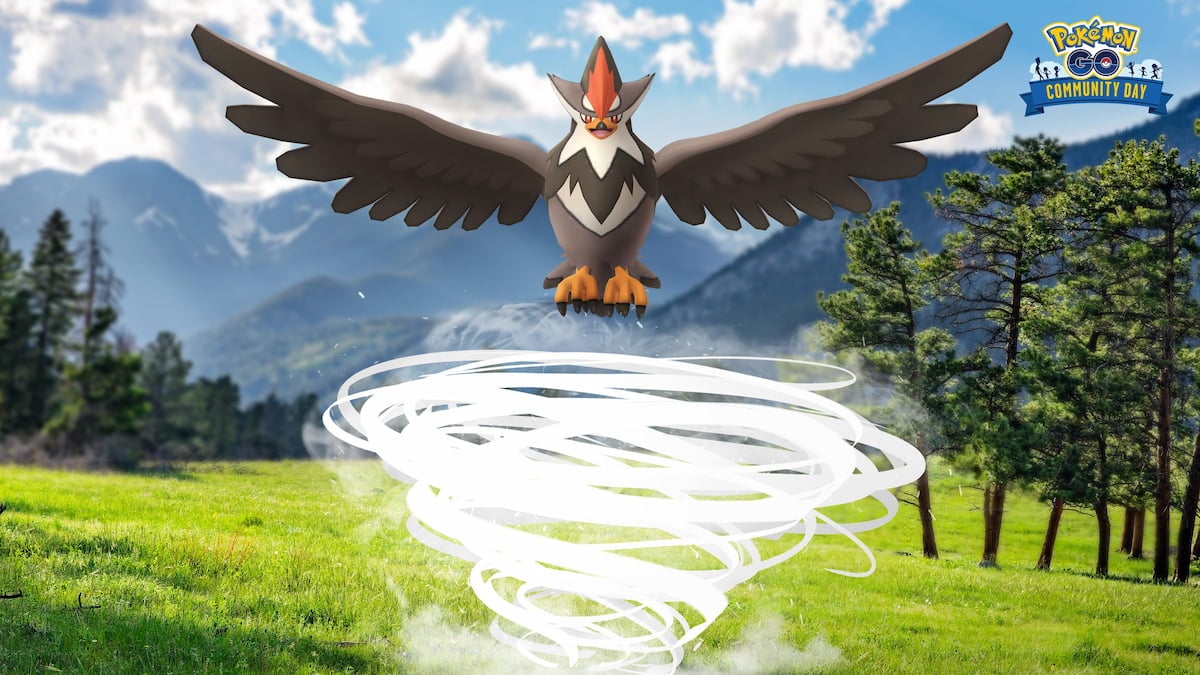 The best moveset for Staraptor

Staraptor is a Flying and Normal-type Pokémon. It will be weak against Electric, Ice, and Rock-type moves, but it is resistant against Bug, Ghost, Grass, and Ground-type attacks. Given its maximum CP is 2,825, you primarily want to use it in the Ultra League, but it can also be useful in the Great League or any of the limited cups, such as the Flying Cup.

Related: Can you catch a shiny Starly in Pokémon Go?

Below are all of the moves Staraptor can learn in Pokémon Go.

Regarding picking Staraptor’s fast move, we recommend going with Wing Attack. It’s not the special Flying-type move Staraptor can only learn on its Community Day, but it is more powerful than Gust. Gust does the most damage of the ones available, but it takes too long to wind up, and Staraptor needs the energy for its charged attacks.

Next, we have two charged attack choices. You will always want to go with Brave Bird and Close Combat. These two moves do not require too much energy for you to use, meaning you can use them fairly quickly during combat. The problem is that these attacks will lower Staraptor’s defense stat, which is already pretty low. You will need to quickly use these attacks in combat and have another Pokémon ready.

The best moveset to teach Staraptor is the fast move Wing Attack and the charged attacks Brave Bird and Close Combat.