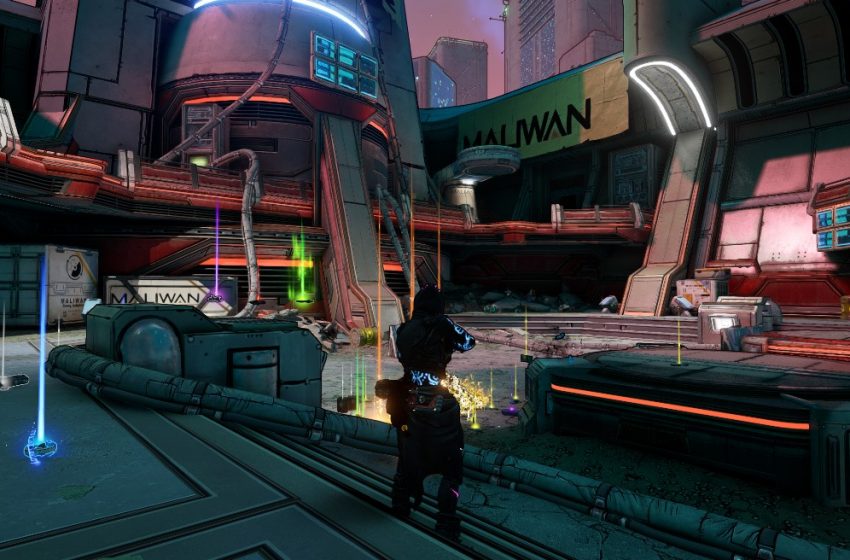 With Loot the Universe making the switch to Promethea for the next week, it means things have become all jumbled again. Different zones on Promethea will now drop different Legendaries, and farming enemies in the right place is a sure-fire way to increase your arsenal.

Meridian Metroplex on Promethea is the place to be this week if you are looking for new Artifacts. It’s a slightly awkward spot, with not that many great farms. Ideally, we are looking for Cartel Thugs and Badasses, so make sure you are always hunting for Decorder Rings for Maurice, as the Cartel members spawn rates seem to be higher when you are doing this.

At the moment, we would recommend farming Gigamind for Artifacts. It’s a quick boss fight to find and finish, as long as you bring electrical and fire damage with you. When you are fighting him, make sure you take out all the adds as well.

We have been getting five or six Legendary drops from these fights. Things seem a little tamer than last week, so either some values were turned, or Promethea isn’t as suitable for farming as various places on Pandora were. We normally get three of four Artifacts, so Gigaminds loot pool seems to be very heavily weighted towards that particular type of drop.

After he is dead and you grab your loot, reload the game to fight him again, as you will spawn in at a save point at the bottom of the stairs, just before the fight.

We have had a good look around the map for other farm spawns, but Promethea has been disappointing so far. Even at mid-tier Mayhem levels, we have been fighting large groups of Cartel members, Badasses, and other powerful enemies, and simply not getting very many drops.