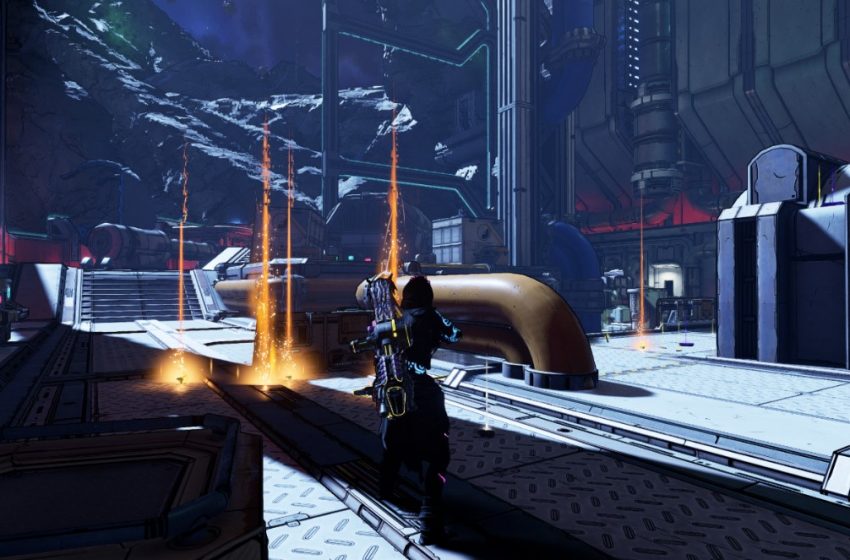 Loot the Universe isn’t being as generous on Promethea as it was on Pandora, but there are still some pretty decent spots to farm if you are on the hunt for certain world drops. Skywell-27 is more weighted towards dropping Heavy Legendaries this week, and after much running around and killing stuff, we have a general spot that is worth farming.

After assorted runs on the surface that yielded very little, we made our way down underground, into the complex that houses the Katagawa Ball boss fight, and started to strike some gold. Now, for this Loot the Universe farming, you should be playing on the highest difficulty that makes sense. You don’t want to die endlessly, but you do want to have plenty of tough enemies and Badasses spawn. It also helps to be actively collecting Decoder Rings for Maurice.

The general idea is to run the complex a couple of times, and when you get all the Decoder Rings you need, go and farm Joey Valentine. Cartel members seem to spawn more often if you need Decoder Rings, and when you kill one, you are guaranteed tough enemies that can drop Legendaries.

We were getting 6-8 Heavy Legendaries to drop on a run, so hopefully, you get even better luck.