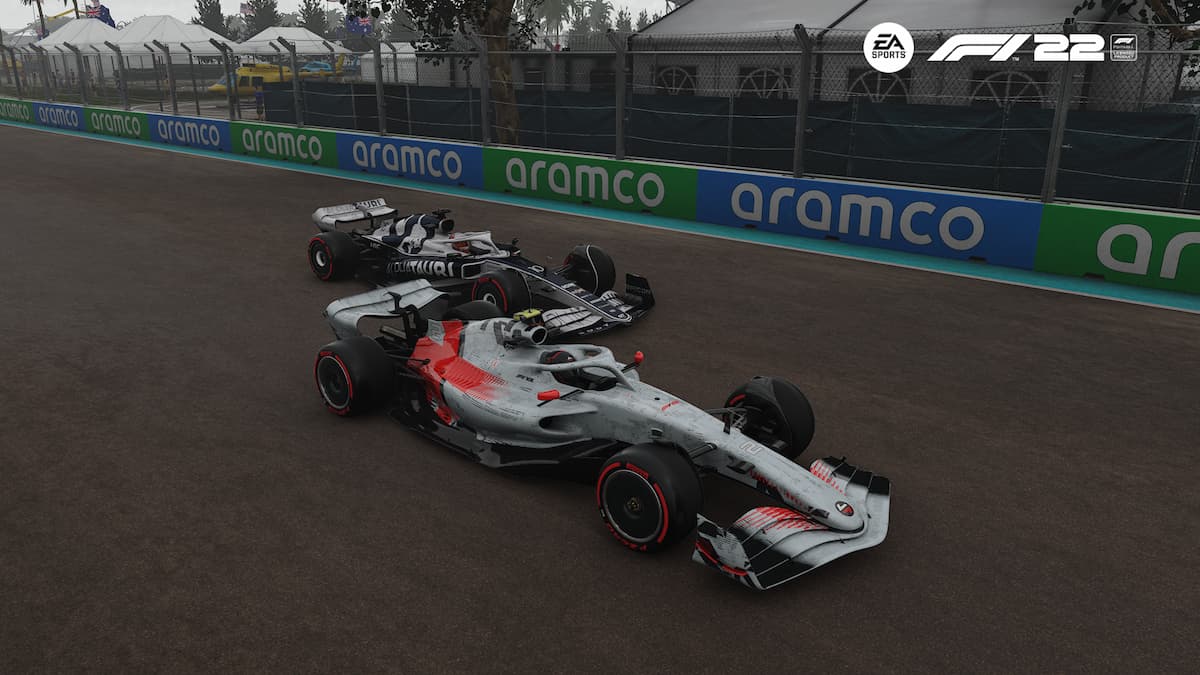 Racing games can be fun and entertaining, but which ones should you get if you’re looking for one to play on your PC? Are you looking for a realistic simulation game where precision is everything or an arcade-like game where your goal is to beat your opponents into submission? There are a variety of options available to PC gamers, and we here at Gamepur will go over the best of them, ranging from the most hardcore simulations to some fun arcade-style games.

GRID Legends is not your average racing game, as its quirks makes it much different than what might normally be expected. Codemasters’ latest spin on the GRID series brings back its unique rivalry system, which makes opposing drivers harder to face, and tougher to dodge on the track. Additionally, GRID Legends offers a story mode that looks like virtually nothing else in the racing genre, thanks in part to cinematic cutscenes that utilizes augmented XR, and some notable actors.

If you’re not familiar with the title, Rocket League is not your average racing game. Rather than competing with other cars to finish first in a race, you’re inserted into a giant arena where the goal is to knock soccer balls into goals. The game a couple years old, but it’s still going strong, and it’s certainly worth a long look if you’re interested in something a little bit different from your traditional racing game.

Need for Speed is a well-known franchise, and their latest installment, Need for Speed Heat has a lot to offer to the racing fans. Gamers can face some of the best street racers in the world as you ride all over Palm City, but when racing during the day, just make sure to avoid the cops.

The game costs $13.99 for the PC on Steam as of early July, and it also has cross-play capabilities, meaning you can play against your friends who have either a PlayStation or an Xbox. Just be mindful that a new Need for Speed game is coming out later in 2022, so maybe don’t too comfortable with this one.

Milestone is well-known for its racing games, but one title from the publisher that really made an impression was Hot Wheels Unleashed. Released in 2021, Hot Wheels Unleashed brings those iconic toy racing cars and brings these vehicles to life in a unique, and challenge game. Users can race in wacky tracks that resemble those classic Hot Wheels tracks, as well as unlock many different vehicles and put those cars to the test.

As the name implies, the racing in Wreckfest can get a bit messy, but in a good way. THQ Nordic’s Wreckfest may have released in 2018, but it still has plenty of life. Wreckfest features an intense brand of racing, one that focuses on intense chases, stunts, speed, and wrecks that come to life thanks to its physics engine. It might sound like a true simulation racing game, but it is a blast to say the least.

Grand Theft Auto V is not just a game well-known for causing mayhem in the streets of Los Santos. GTA V also features a vibrant racing community, as players from around the world can compete in six different types of races, ranging from street races to bike and water races against as many as 15-30 people. If you’re looking to find out what it’s like to speed through streets while engaging in a wild story mode, Grand Theft Auto V may be just for you.

iRacing offers gamers a variety of simulation racing experiences. iRacing players can race in authentic NASCAR races, Grand Prix circuits, or try your hand at the iconic Le Mans race, just to name a few of the options to gamers. However, it’s important to note that this game is not a traditional title, as iRacing players must buy a subscription (monthly or yearly) to get into the action. But if that doesn’t both.

rFactor 2, just like iRacing, has received rave reviews for its authentic racing experience. In fact, the gameplay in rFactor 2 has even impressed professional racing teams, as several Formula 1 squads have used this simulator for training purposes. rFactor 2 features an ultra-realistic physics engine, customization options, and eye-popping graphics as gamers can race across real tracks in either online or offline play. If you want to use what the pros use, consider rFactor 2.

EA and Codemasters’ F1 franchise always seem to be a fan favorite among racing and sports games fans. and F1 22 doesn’t appear to stray far away from precedent. F1 22 includes a tweaked gameplay system that highlights the new Formula 1 cars that have been added to the circuit in 2022, as well as sprint races, Pirelli Hot Laps mini-games, and an all-encompassing lifestyle mode called F1 Life. If you want an immensely challenging racing game, but one that simulates like the real thing, one can’t go wrong with F1 22.