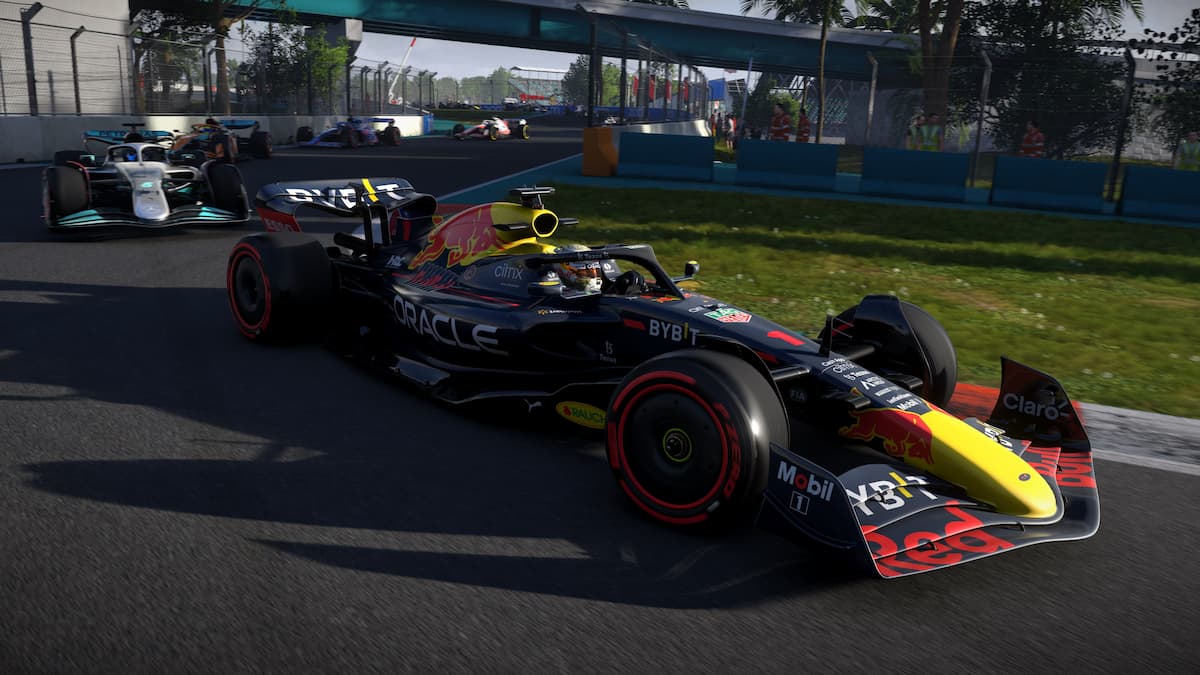 Entering the second full year of the PlayStation 5 and Xbox Series X/S lifecycles, the expectations for sports games were high. However, many of the marquee franchises failed to capitalize. Madden 23’s launch was riddled with problems, while titles like NBA 2K23 and FIFA 23 often ask for more than the $70 price point in order to get the full experience. There were, however, some gems over the past 12 months.

So, which games made our list of the best sports games of 2022? Let’s start off with a familiar name that has largely bucked the microtransaction-filled trend found in modern sports games.

Out of all the major triple-A sports games, the MLB The Show franchise has arguably been the best in terms of content. Sony San Diego’s MLB The Show 22 includes much of what sports fans expect from a major title: a career mode in Road to the Show, Franchise Mode, and SDS’ Diamond Dynasty. As the main mode in MLB The Show, Diamond Dynasty has what one would expect from a card-collecting game mode, but without the microtransactions.

MLB The Show is more accessible than ever before, thanks to editions that have been released for the Xbox family of consoles and the Nintendo Switch. Not to mention, MLB The Show 22 can also be played via Xbox Game Pass — truly a game-changer.

Football Manager has long been a popular name among traditional football — or soccer, depending on what part of the world you come from — fans. Football Manager 2023 offers much more depth than FIFA’s manager-based Career Mode, as users have much more control over decisions that real managers must make on a daily basis.

One drawback to Football Manager is that unlike in FIFA, you won’t be able to actually play games. Football Manager is a sim-based sports management game, of course. Sure, players do have the option to tweak tactics and watch games — however, don’t expect to head out on the pitch.

Com2Us’ Out of the Park Baseball 2023 is quite similar to Football Manager 2023. It’s a sports management game that allows users to take complete control of any MLB team, as well as organizations from international leagues. Not only does Out of the Park Baseball have more features at its disposal than MLB The Show 22’s franchise mode, but it also includes a CCG mode of its own, online play, and a historical mode that allows baseball fans to change the path of MLB history.

Like Football Manager 2023, users have the option to enter games and influence decisions. Just don’t expect this game to be a PC replacement for The Show.

Codemasters’ F1 franchise has long been an ideal model in the sports & racing games scene. This is thanks to the developers’ ability to keep things fresh, something that’s hard to say in the current landscape of the sports games industry.

F1 22 comes with some new twists that mark a departure from prior titles. The Codemasters-developed game includes the ability to create a showroom lobby, new cars, and a modified gameplay engine that reflects the changes made to Formula 1 cars in 2022, and additional difficulty settings for newer players to the series.

If you’re a racing fan, you just might have a “need for speed.” Should that be the case, Need for Speed Unbound should hit the spot. Unbound is the latest installment of the iconic racing franchise, set in the open-world setting of Lakeshore City. NFS Unbound, from an aesthetic standpoint, looks different from its predecessors. Outside of that, Unbound’s gameplay includes much of what one would expect from a Need for Speed game: ride purchases, races, and wild & intense run-ins with the police. It’s not a traditional sports or racing simulation title, but that’s not a problem by any means.

Thanks to a deep and immersive experience that excites and keeps players engaged for hours on end, Need for Speed Unbound tops our list of the best sports games.