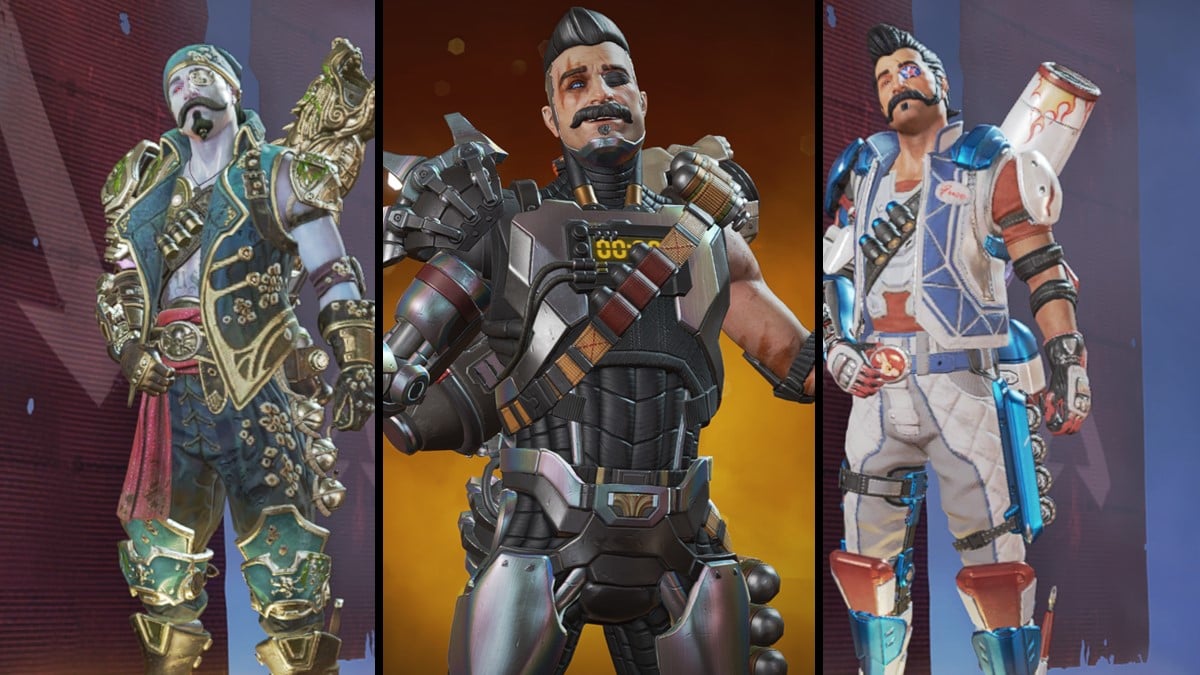 When it comes to Fuse, the man is all about style, and that definitely reflects in his new skins that Season 8 of Apex Legends is bringing to the players. From Legendary skins, all the way down to Rare skins, Fuse knows how to make an entrance and look the part. Here is a look at all of Fuse’s best skins.

All four legendary skins are the year-round options that are viewable from the Legend’s menu and always available for purchase. These skins can be found in Apex Packs, or purchased for 1,200 crafting metals. As usual, these skins come in two sets, each style of skin having two color variants. One look is a pirate theme, while the other is all stuntman.

All four of these skins slap. If we had to choose a favorite of the basic Legendary-tier skins, it would probably be Man-O-War. Even though we already saw it in the trailer, seeing it in-game just makes it seem so much cooler. Natural Born Daredevil is a very close second.

Real Steel is one of the best skins we’ve seen in the game for a while. The robotic look paired with the glowing eye is extremely cool, and the whole look is perfect for Fuse’s character. The other three skins are the starter pack skin, the Twitch Prime skin, and the Battle Pass skin, respectively.

Overall, it seems that five new Legendary skins are the new standard for new legends, instead of four. We saw the same exact format with Horizon when she first launched, and seeing it again with Fuse making the pattern pretty clear. The limited-time rare skins for Fuse are pretty nice too. There are also all the standard common, rare and epic skins in the Legend menu as always.