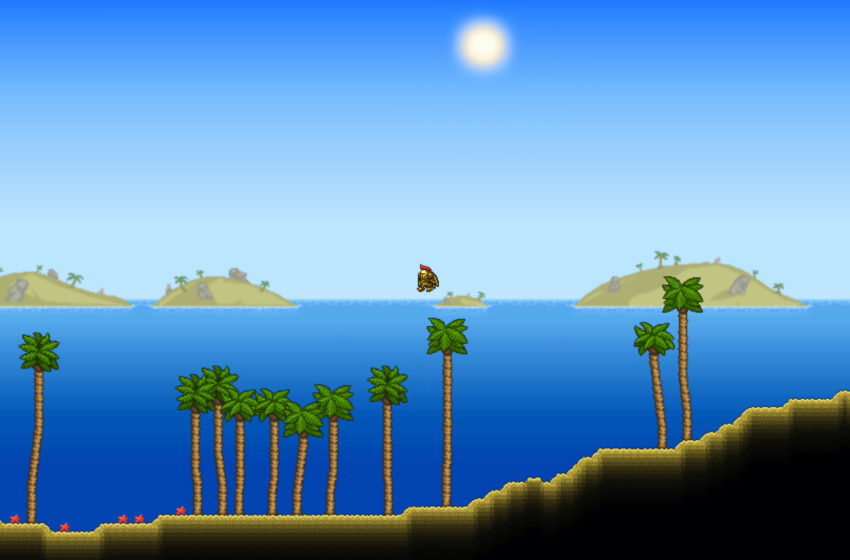 The last major update to hit Terraria, the popular action-adventure game from the developer Re-Logic, was 1.4. The update added a lot of new content to the game for players to enjoy, but most notably, it officially added the ability to add texture packs to the game and allows players to access their packs from the main menu. This article lists 10 of the best texture packs in Terraria 1.4, so you can spice up your next playthrough.

Related: How to get wings in Terraria

10 of the best texture packs for Terraria 1.4

In this list, you can find 10 of the best texture packs available for Terraria 1.4. They’re not listed in any particular order, so read through each description to see if any of them intrigue you.

While Grounded has an entire game mode that removes spiders for those terrified of them, Terraria has a texture pack. The Anti-Spider Texture Pack changes the spiders in the game into demon eyes, so you don’t need to worry about coming across giant creepy crawlies and being paralyzed with fear. This doesn’t affect the bestiary, so you can still collect and complete monsters without needing to go toe to toe with a big, nasty, hairy, eight-legged freak.

The description of the Ambiance Pack is an insight into the madness of its creator. Over time and years of development, Terraria’s ambiance changed significantly from the very first iteration. This texture pack takes things back to the way they were while maintaining all the gameplay advantages and changes that have come since. It doesn’t simply revert the game’s aesthetic, it attempts to breathe new life into the game by recreating it in a way that’s coherent with the current version of the title. If you want to feel like you’re playing on a sunny day every day, then this is the texture pack for you.

The idea behind the Calamity Pack is to make it fit with Terraria’s Calamity mod and bring a cohesive feel to the game. More than one thousand sprites were pulled together from the community to make this texture pack work as intended, and it seems to work quite well. The Calamity Mod adds a few more hours of endgame to Terraria with new bosses and enemies to conquer, this texture pack makes the whole game feel like the mod is part of it.

This is an incredibly simple entry. The Captain America’s Shield texture pack changes the sprite of the Sergent United Shield with one that looks just like Captain America’s Shield. That’s the entire mod. While it may not be game-changing for most players, this is a powerful tool when it comes to roleplaying, giving you the opportunity to live out a real power fantasy with one of the greatest Avengers.

Clockwork Mechs is an easy-to-understand texture pack. It transforms a handful of enemies into steampunk mechs that are just as lethal and way more terrifying. This is a great texture pack to experiment with, giving you a way to refresh the core gameplay experience without altering everything at once.

While a texture pack called Horrible Bosses might conjure up images of the most terrifying creatures you’ve ever seen, that’s not what this pack does. Instead, it transforms all the bosses in Terraria into ugly beasts that look like they were made in Microsoft Paint. It’s definitely a different interpretation of the word horrible and still serves to mix up the gameplay if you can stand to look at these monstrosities for longer than an hour.

The main focus of KATTUI is to overhaul Terraria’s UI rather than replace every sprite in the game, so it looks and feels new. Included in the enhancements are three new UI options, which include new settings, controller support, and much more. You can also customize the cursor until you’re blue in the face, giving you a completely unique Terraria experience.

If you’ve ever thought that Terraria bears a lot of resemblance to Minecraft, you’re not alone. This Minecraft Texture Pack changes pretty much everything in the game to make it look like a 2D version of Minecraft. Every biome has been altered so that it fits within the Minecraft ecosystem, and the result is quite stunning. With this enabled, you never need to feel like you’re betraying Minecraft again.

The Prime Texture Pack is another pack that maintains the overall look and feel of Terraria 1.4 while adding a cleaner look and making it feel like a better game. Instead of implementing base game alterations, it’s just another way to look at your favorite game, giving it a fresh coat of paint without putting you into a situation where you need to learn how to play all over again.

This is a simple pack that’s quite extensive in the changes it implements. It improves and alters the prices of almost every sprite in the base game and gives the whole thing a much better overall look and feel. The Spectacle Texture Pack has been available since before the 1.4 update, but it is still a popular choice among players. This is due to just how much work the pack has done to improve the look of the game, including updating over 300 sprites, refining the game’s UI, and more.

Related: How do classes work in Terraria – Class setups and build guide

What are texture packs in Terraria?

Texture packs are add-on files that players usually create that change the appearance of some or all of the game’s content and sprites. This could be weapons, enemies, furniture, NPCs, you name it. They aim to allow the player to tweak the game how they want and even change the entire art direction as they play. All of these packs are simple, yet they can bring some really interesting changes to the game. They may look rather small on the outside, but when you’re in them, you can notice just how much their small changes add up to big changes. You can check out more texture packs available right now at the Terraria Texture Pack forums if you don’t see something that catches your eye here.

How to install texture packs

Each texture pack has its own installation instructions on the page you download it from. This is because, for some of them, you’ll only be replacing a few textures, while others could be complete overhauls that replace entire folders. Read the notes for each texture pack carefully to ensure you install them correctly. Otherwise, you could boot up the game and find that nothing has changed despite you having installed various new files.