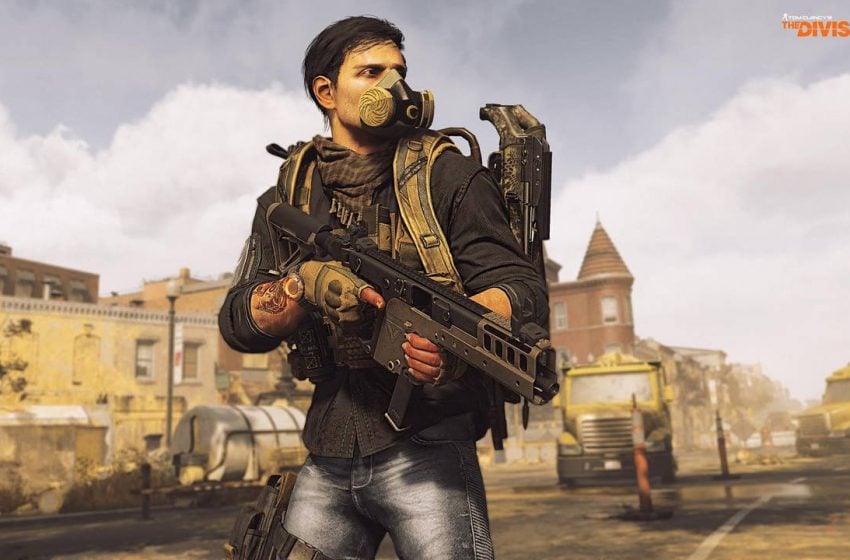 The Division 2 is out this week, and over the weekend players from all over the world are going to get their chance to experience Ubisoft’s sequel to the loot-and-shoot title. Even if you played the first game, there’s plenty of new things for you to discover within the first couple of hours. If you’re brand-new to the title, you do not want to treat this like your traditional cover shooter video game. Here are some excellent tips to help you get started in The Division 2.

Try Out All The Weapons

There are several different weapons types available for you to try out in The Division 2. While everyone has a pistol as a third weapon, they can pick from an assault rifle, submachine gun, light machine gun, a carbine, sniper rifle, or even a shotgun to serve as their primary weapon. One of the first perks you unlock in the game grants you access to carrying two at once. Whenever you pick up a brand-new gun, run around with it and shoot it a couple of times. You might surprise yourself what you decide you prefer to use.

Be wary of choosing similar guns, though. For example, make sure your primary weapons don’t use the same ammunition. Also, if you decide to have a double-barreled shotgun, remember it can only fire two shots before it needs to reload. So your other primary weapon should be something you can rapidly shoot at enemies, such as a machine gun or even a submachine gun.

Do Not Only Do Story Missions

You’re going to find yourself swamped with side tasks in The Division 2, and that’s great. You want to do those as often as possible. Skipping those and going straight to the story missions is not how you want to play. By doing the side quests and secondary missions, you’re going to grant yourself further access to blueprints and materials you can use in crafting.

Not only that, but you’ll build up the settlements for the game’s NPCs. This way, they’re going to have better stuff to give you. Also, many of the side missions are legitimately harder to play than the story missions. They’re challenging, and do not feel like a chore. Spend an hour or two running through the streets of Washington D.C. and see what you can check off your game’s checklist.

Remember, the side missions are challenging to complete. Because of this, it’s easy for a single player to feel overwhelmed. But what if you had a partner watching you, and had a few extra abilities to toss your way to get your armor back up? Never feel ashamed to pop open your map and request for help from a fellow Division agent.

The Division 2 was not meant to feel like a single-player game. Ubisoft encourages players to work together and help each other. So, if you ever hear ISAC informing you of an agent in need, open up your map and find a way to lend them a hand. Not only are you going to help them complete a mission, but you receive additional experience points and some loot for your trouble.

Don’t know how to call for help? We made a guide just for that, over here.

Armor Does Not Regenerate in Combat

Health works differently than it did in the first Division game. Now, players have a white layer called armor, which protects from the enemy’s opening barrage of attacks. Once this goes down, then players start losing health, the small orange bar beneath the white. When a player loses all of the orange health means they’re dead. If they’re in a party, they drop to a kneel and need to get revived by someone in their party.

Unfortunately, you cannot gain back any armor in combat. If you’re in the middle of a fight and you lose it, it will not regenerate until the end of an encounter. There are two methods to getting it back: armor packs and abilities. Every Division agent carries a handful of armor packs they can use to restore all of their armor. These do deplete quickly, though, enemies drop them. There are a handful of abilities specifically designed to repair an agent’s armor. If you’re playing alone, make sure you’re carrying one of these abilities, and if you’re in a party ask if anyone has it before entering a big fight. Remember to use cover as much as possible.

Always Search Around an Area

After an encounter, it can feel like your natural instinct to progress and continue forward, especially if you’re in the middle of a mission. Unfortunately, you can easily miss a lot of loot stashed away inside rooms you haven’t explored yet. Following any fight, dash around to any nearby room and see if there’s a suitcase, briefcase, bag, or a small crate you didn’t notice before. This is a great way to get some materials to give to your settlements and to use for your crafting.

The same is true when you’re running around Washington D.C. Ubisoft encourages players to break off the beaten path and check out the side areas. You might even find a fenced off area protected by a yellow lock, which you can shoot to unlock. Inside, you should discover some pretty decent gear, and some additional materials to use.

Watch The Mission Level and The Side Projects

While you want to do plenty of the side stuff, you also want to make sure you’re maximizing your experience gain while playing missions. If you notice that the next story missions are a level under you, you’re not going to receive as much experience as you would if you were at the mission’s set level. Keep an eye on the recommended level for the mission, do some side quests, and return to it when you’re almost above its level to receive as much experience as possible.

You don’t want to neglect your settlements, either. To improve settlements, visit the various project stations built inside of them and see what they need completed. Completing these tasks gives your Division agent excellent experience points, and you can do these any time. Some of these projects call for you to donate some of the equipment you looted in the field, so before you deconstruct or sell everything, make sure there’s not something you can give away.