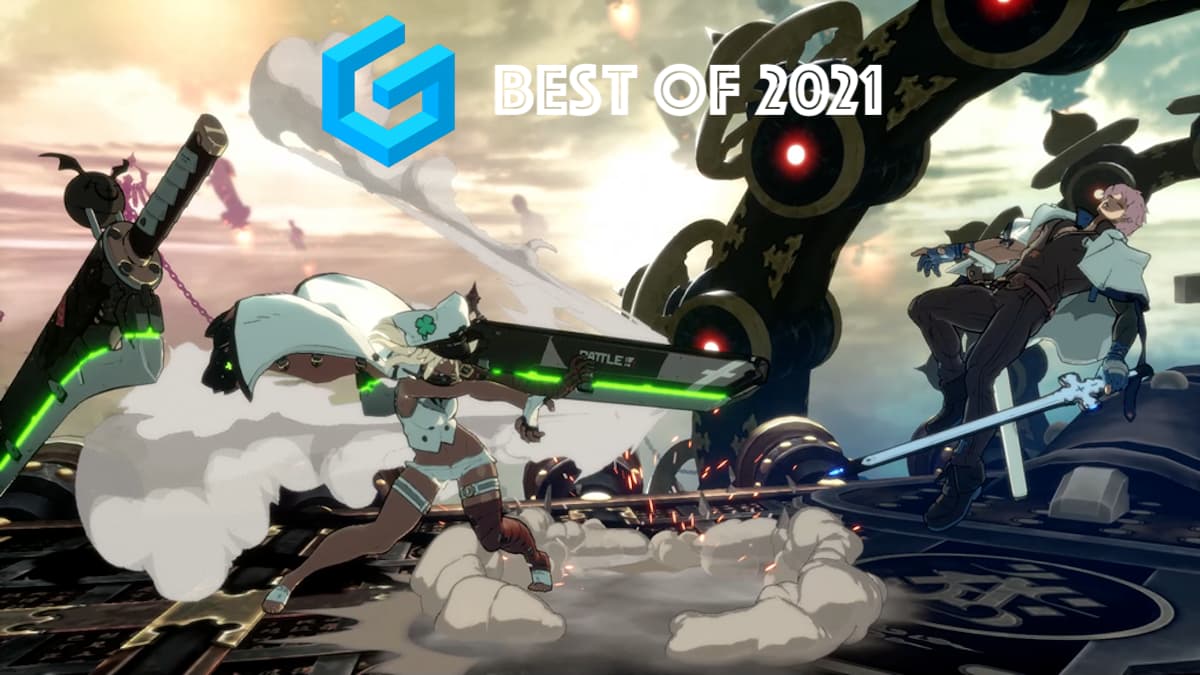 None of the big hitters like Tekken or Street Fighter have emerged in 2021, but the past year has been host to a handful of decent to great fighting games. From punching as Adonis Creed to battling on top of a mechanical whale and slapping people with a dolphin, 2021 was home to a cavalcade of fighting awesomeness.

Just inching the list is Big Rumble Boxing: Creed Champions. Featuring characters from across the Rocky franchise, this game offers an entertaining arcade boxing experience. You can fulfill that dream match between Rocky and Adonis or pit Clubber Lang against Ricky Conlan, all while playing as some original characters just for the game.

Punches feel powerful, and while some special moves are annoying to watch over and over, there’s nothing like Rocky knocking someone out cold with one hit. Likely due to a lower budget, the game doesn’t have the realism of Fight Night, nor the humor of Ready 2 Rumble Boxing, but it’s a fun pick-up-and-play experience that you can have fun with over a night. Just don’t expect a lot out of its story mode.

As Tekken, Street Fighter, and Mortal Kombat grew, the Virtua Fighter series went into obscurity. However, Virtua Fighter 5: Ultimate Showdown is a great step forward into the modern era. Yes, the characters look old hat, but the mechanics within this game are intricate and precise, making this a must-play. It was available for free for PlayStation Plus and PlayStation Now subscribers in the month of June, but it has yet to see an official release on other platforms like PC and Xbox.

Virtua Fighter 5: Ultimate Showdown is a complete remake of the original game within Yakuza’s beautiful Dragon Engine. Everything has been updated such as the character models, stages, and most importantly the online system, which has new modes attached to it. The tutorial mode is also exhaustive, helping newbies get adjusted to fighting game mechanics and know important combos.

Who would have thought that a Super Smash Bros.-like tie in-game would actually be good? While Nickelodeon All-Star Brawl doesn’t have the same polish as the series it’s inspired by, the controls and response of the characters make this feel like a satisfying fighting game to play. It’s fast, combo friendly, and calls back to the feel of the fan-favorite Super Smash Bros. Melee. The online mode is superb as well, as it features rollback netcode, while its competition from Nintendo suffers from lag more often than not.

If you’re a fan of Nickelodeon, you’ll love this game. The moveset of each character call back to a certain aspect of the show they’re derived from. Dog from CatDog turns into a super buff version of himself, while Spongebob blows bubbles as projectiles. For the budget this game probably had, the developer placed some love and care into the stages. Jellyfish Fields is vibrant, while Omashu from Avatar: The Last Airbender calls back to Aang sliding down a chute with the food cart. Nickelodeon All-Star Brawl is worth checking out.

Manic, intense, and satisfying would be three words to describe Samurai Gunn 2. This blend of a platformer and a fighting game is frenetic as one hit from a sword or gun leads to death. The quick reaction skills will lead to crazy fights that will keep you on the edge of your seat, and when you land the blow, you get hyped. It’s similar to the excitement you get from other indie titles like Towerfall: Ascension and Nidhogg, where the controls are simple to understand but it’s so addicting that you want to keep playing. Each character also has their own unique special abilities that are taught to you while the game is loading up.

In addition to the chaos of two to four-player multiplayer matches, there’s a co-op story mode that can be played with friends. The stages of the adventure and versus modes challenge your platforming skills in exciting ways. For example, there’s a level where you’re standing on pillars of ice. There’s no solid ground, so you have to keep jumping from place to place without falling into the spiky ice below. The game also added the Crewmate from Among Us as a character.

Guilty Gear Strive is the all-around package of what you want from a fighting game: beautiful visuals, a thrilling combat system, and a great online service. The wide range of characters meld perfectly and provides the variety you need from a game like this. May has the gimmick of using an anchor and a dolphin to strike her opponents down, while Ky smites his enemies with lightning bolts. All of the characters are animated spectacularly within the anime environment.

With a detailed tutorial system, Guilty Gear Strive is easier for newcomers to get into the action, while also pleasing hardcore fighting game fans with its detailed mechanics and combo potential. While the game suffered connection issues at launch, they have been alleviated, creating one of the most friendly net codes in the fighting game market. Oh, and the music — we can’t forget the badass metal music from Daisuke Ishiwatari. We still have “Find Your One Way” and the more poppy “The Disaster of Passion” on repeat. We marked Guilty Gear Strive as one of the best multiplayer games on PS5 for a reason.