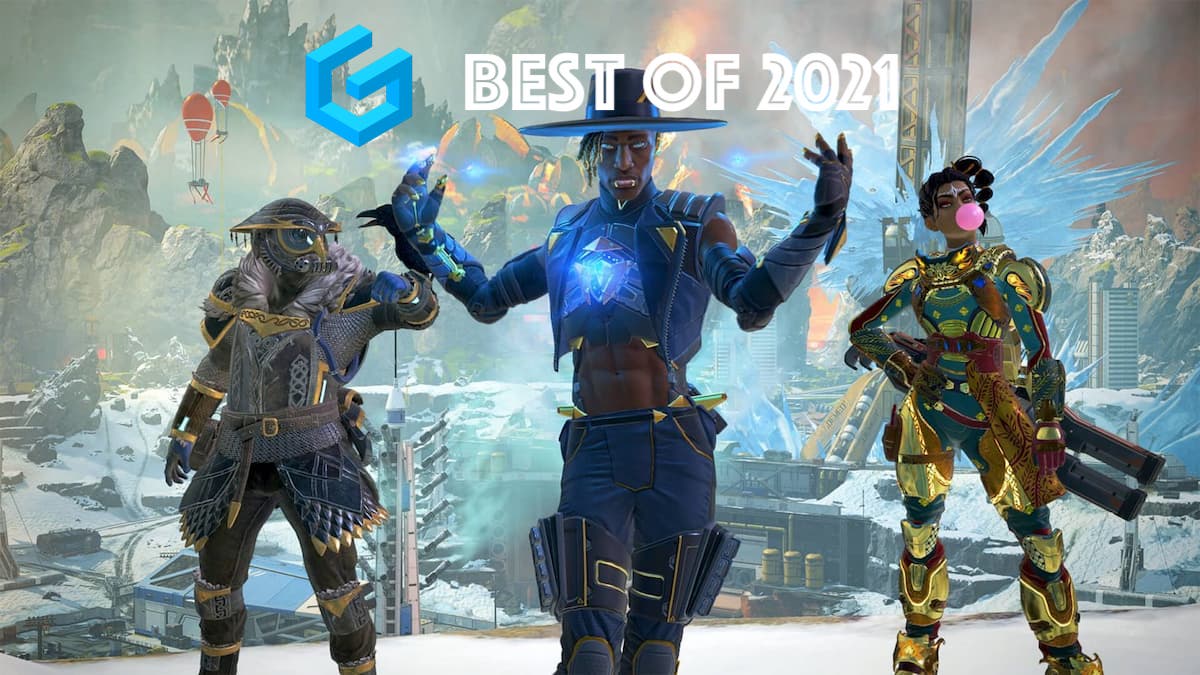 While 2021 has brought us a number of memorable new titles, there are still those online games that we can’t seem to stop playing. These ongoing games, games-as-a-service, or whatever you may want to call them entrenched themselves into our daily routines. Whether it’s due to a thriving userbase, compelling daily, weekly, or seasonal challenges, or significant content drops, these are the games that kept players engaged throughout the entire calendar year.

Despite launching over three years ago, the online pirate game by Rare has only adopted the standard “season” structure just this year. Sea of Thieves is in the middle of its fifth season by the end of 2021, and there was quite a lot for long-time players to enjoy. First-time players weren’t left out of the loop either, as most content gave them an opportunity to acquire their sea legs.

Like most current service games, every season provides players with 100 tiers of rewards, but unlike other games, most of the tiers are free. Additionally, each season has also provided new playable content and long-awaited quality of life additions. For one, the summer brought A Pirate’s Life expansion with Season Three, an epic story crossover with Pirates of the Caribbean. Season Four included new Siren Shrines with new playable areas and lore drops, and Season Five added enough improvements to make the game feel like “Sea of Thieves 2.0.”

EA and Respawn’s free-to-play battle royale continues to thrive, with so many pieces of new content worth mentioning. The additions of new characters in Fuse, Valkyrie, Seer, and Ash have added much to the conversation regarding both gameplay meta and the overall lore — not to mention propelling the game past other triple-A titles with queer representation.

Despite some occasional server mishaps, Apex is still going strong, feeling fresh with every update. Compared to other hero-based games, the character backstories in Apex and how they are relayed through in-game dialogue have been nothing but magnetic and compelling. Along with the new characters, Apex also added new weapons including the Bocek Bow, Rampage LMG, and the Titanfall fan-favorite CAR SMG. And with a new map in Storm Point, Respawn has shown that there is plenty of new content to play around with.

After making such a huge splash (there’s another word for that, we’re sure) upon its launch last year, Genshin Impact continued to be a force to be reckoned with in 2021. The open-world online game chugged consistently through the beginning of 2021 with new content updates, culminating in a massive Genshin Impact 2.0 release in the summer.

With the 2.0 update came an entirely new area in Inazuma, offering additional spaces to explore and more story elements to unravel. New characters and weapons continue to give players more options — and more desirable rolls. And thanks to online co-op, Genshin Impact has been another way for players to interact remotely through the continuing pandemic, and a great way to have company while churning through any in-game errands and challenges you may have.

It’s difficult to believe that Warframe is nearing nine years old, but the online action game from Digital Extremes continues to impress us, while still engaging audiences. The accomplishments behind the development of Warframe throughout 2021 have been more subtle than prolific, with Digital Extremes implementing much-needed fixes to Warframe’s gameplay.

There are some noteworthy expansions and updates to name for Warframe, such as the Sisters of Parvos update over the summer, which included a number of balance changes and a new Warframe. But most significantly, The New War came at the end of 2021, not only expanding on the ongoing story but also introducing new playable characters for the first time since the game’s initial release. For the developer’s devotion to constantly updating the game in response to player feedback, Warframe is one of the prime examples of what an ongoing game should look like.

If server overload is somehow a metric for an online’s game success, then Final Fantasy XIV is probably a winner. The ever-popular MMO never needed a resurgence — except maybe at its initial launch all those years ago — as the Square Enix title has always had it all. But what if it could still have more? Despite a delay, the Final Fantasy XIV: Endwalker expansion still slid under the curtain of 2021 for all to play.

Well, maybe not to all at once. Final Fantasy XIV proved so popular after the release of Endwalker that Square Enix had to temporarily halt sales of the game, which is something you don’t see very often. And the expansion proved to be worth it, with new story content to sift through, bringing some arcs to close, adding two new character classes, and increasing the level cap. In case you haven’t relented yet from hearing your friends talk about the free trial, now might be a better time than ever to finally give that a shot.