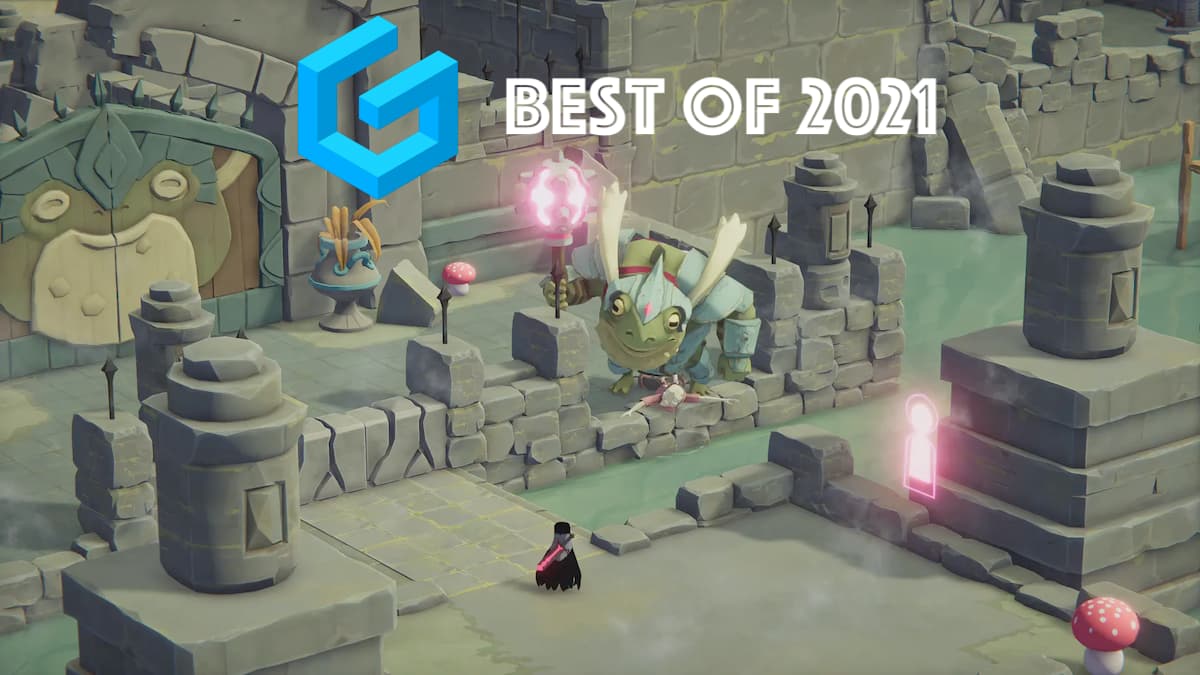 As ever, the PC is home to the most robust and diverse offerings of games. From massive triple-A releases to indie titles made by a single person, this platform’s catalog rises like a mountain over its console compatriots. And with the world still reeling from 2020, those indie games were given the opportunity to take up the banner and prove themselves to be just as rich as games boasting thousands of devs and a massive budget. Yet again, they’ve shown they have more than needed to make PC the place to play.

Wildermyth isn’t for everyone, but if its brand of tabletop RPG-like gameplay works for you, it will drill its way into your skull like a well-written brain worm. While playing, you’ll constantly be telling yourself that you only need “one more turn,” and when you’re forced to put it away, its procedurally generated storytelling will gnaw at you, begging you to return as soon as possible.

The way Wildermyth is able to capture the smaller moments of the best Dungeons and Dragon sessions is sublime. Your characters have their own personality, and while you’ll make choices for them, they always feel like their own person. We’ve seen games aim for something like this before, but Wildermyth feels like a real step forward in its ability to facilitate players telling their own stories.

Acid Nerve honed their ability to turn fights into puzzles with Titan Souls, and Death’s Door feels like the obvious next step. And where their last game aped Dark Souls, Death’s Door instead expands to give players some classic Zelda dungeon-delving flair. On top of everything, it just feels so good to move around the world.

Death’s Door excels at giving you several options for getting through every situation, but precise movement is your bread and butter. Its world design is intricately connected, which leads to lots of backtracking. However, you’re almost always rewarded for doing so. If you’re jonesing for something that will warp you back to summer days sitting in front of your SNES playing A Link to the Past, Death’s Door will do exactly that.

Loop Hero feels like a completely new genre. When you saddle up to Four Quarters table, you should expect a heaping helping of deck-building and a tall glass of incremental mechanics. For good measure, the developers will slap a hunk of roguelike onto your plate. It really is one of the more unique games we’ve seen in 2021, which is saying quite a bit, given how innovative the indie space has been this year.

Sure, the story is a little bit of an afterthought, but the gameplay is incredibly addictive. To extend that questionable food metaphor from above, finding the perfect combo to infinitely farm resources on a loop is like being sent a batch of your grandma’s cookies for your birthday. Simply perfect.

Forza Horizon 5 takes the formula Playground Games has been crafting over the last few Horizon titles and brought it to its peak. The progression through the main game is just fast-paced enough to keep you consistently interested. You’re constantly being hit by new race types and cars, which means nothing ever feels old.

When you eventually finish and join the Hall of Fame, there’s still so much to do. Most notably are the month-long season passes, which give you constant content to work your way through. This deluge of content might seem overwhelming at first, but it means that players will have more than enough to keep them busy until the next Forza drops in a few years.

We promise we’re not being paid by Devolver Digital! The indie mega-publisher just knows how to pick ’em. And none stand higher than the latest game in the Daniel Mullins universe. Inscryption is one of the finest examples of a game using iterative design to give players something that continually evolves to surprise them at every turn. What starts as a mechanically simple deck-building roguelike quickly morphs into something much more.

Whether it’s the Escape Room-like mechanics, perplexing meta-narrative, or several genre tips, Inscryption does everything it can to keep you on your toes. However, in a somewhat ingenus twist, Inscryption actually pushes you forward through its mechanics — in some ways it almost feels impossible to get stuck. That ensures that, as long as you keep playing, you’ll eventually see almost everything the game has to offer. Sure, there was an intense real-world ARG that involved floppy disks and Hitler, but you don’t have to engage with all of Mullins’ extra courses to have a blast with this one.