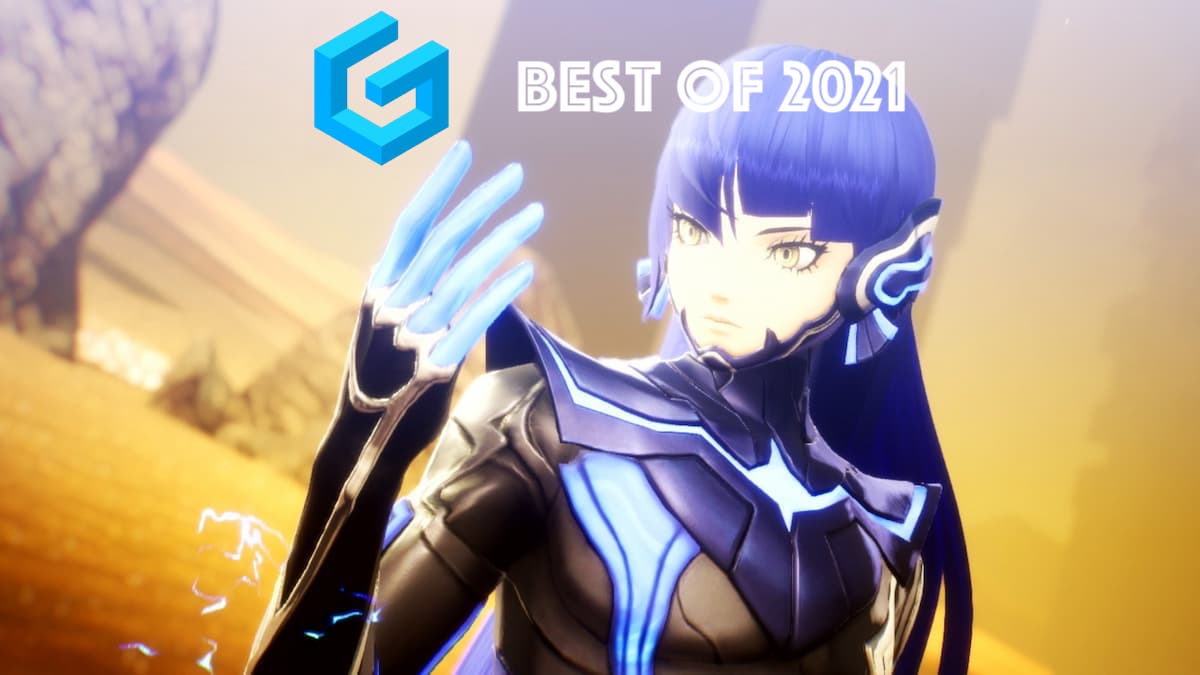 2021 was a grand slam for fans of RPGs, both of the western and Japanese variety. With the plethora of titles that launched this year alone, there’s almost not enough time to play them all — especially if your backlog is already massive, like many of ours. To help you with your backlog bloat, I compiled, in my opinion at least, the five best RPGs of 2021. These are must-play titles that you should prioritize.

Bandai Namco loves to publish anime games that western audiences likely have never heard of, and Scarlet Nexus definitely took a lot of people by surprise. An action JRPG, the game centers around a group of soldiers known as the Other Suppression Force (OSF) tasked with defending their home from some horrific-looking enemies called Others. These Others are a blend of animals and inanimate objects, so it’s not unusual to be fighting a vase full of flowers with legs, or a giant dollhouse with multiple faces.

Incredible enemy design aside, the combat and story are the real winners of Scarlet Nexus. Combat freely flows between using your telekinetic powers to slam cars into enemies with your fast and frenetic swordplay. Combined with a wide cast of characters, each with their own unique powers, and you’ve got a very diverse and deep system that rewards game knowledge and combo strings. The story doesn’t slouch either, including political intrigue and otherworldly cyberpunk horror with your typical shounen anime storytelling style.

No, it isn’t cheating putting an HD Remaster of a decade-old game on this list, because first off, many people never got to play NieR Gestalt on the PS3, and secondly, the remaster adds plenty of new chapters and story content to feel fresh for veterans. While the combat isn’t as good as that in NieR Automata, Square succeeded in reworking the combat to be much less frustrating for players than the original version was.

In addition to the aforementioned new chapters and hidden story features, Square also did a superb job of bringing the graphics and environments up to current-generation standards. Everything from the excellent character models and beautiful bullet-hell style attacks to the soothing environments, and especially Keiichi Okabe’s hauntingly wistful background music make this a must-play, even if you did manage to play the Gestalt version over a decade ago.

Now for something completely different. Have you ever hit up your local game store to play some good ol’ Dungeons and Dragons or Pathfinder? Wildermyth captures the magic of an extremely good table-top role-playing campaign. This game spins a tale of unlikely heroes choosing to protect the world from the magical beasts that prey on the weak, all while being extremely challenging — as a good table-top campaign should be.

This is a procedurally-generated tactical RPG where you create and control your characters much like you would on a D&D-style grid — but with beautiful artwork and excellent attack and spell animations, it definitely stands out from other games we’ve played in the genre. Your magic in this game is the ability to possess environmental items and have them attack for you — shatter a chair into wooden splinters, or have the fireplace churn out fireballs. Choose wisely though, as one of the core features of the game is permadeath for your characters.

You are a Japanese high school student lazily making your way to and from school, when a mysterious murder occurs and blocks your way home. Taking a different path, you are thrust into an alternate version of Tokyo, where demons and angels battle it out for supremacy over humankind. Inheriting the power of the Nahobino, you embark on a quest to either save humanity or doom it to rule under demons.

Playing like a post-apocalyptic Pokemon, you must negotiate with demons and have them join your team, or fuse them together to unlock greater power. This game is difficult, as many normal encounters can put you on your back foot — to say nothing of the bosses that can one-shot you if you’re not prepared. Excellent music, storytelling, and demon design make this our second favorite RPG of 2021. Godhood awaits.

Thou must live, die, and know. The decade-long storyline started by Final Fantasy XIV 1.0 is finally at an end. If you haven’t yet experienced this incredible, heart-wrenching, master-class in storytelling of a game, it’s difficult to convince you to give it a try. Don’t be put off by the fact that this is an MMO — while you will need to play with others up until Shadowbringers, from then on you can take NPCs into dungeons with you, effectively turning this into an online single-player game.

While we won’t go into details about what happens in the latest expansion, we will say that it neatly wraps up the current storyline of the proxy war between the ancient deities Hydaelyn and Zodiark. This isn’t the end of our adventure, however, as the credits tell us: “The journey never ends.” This game has so many features that truly anyone can find something fun to do — so if you haven’t given FFXIV a shot yet, consider this your call to play the critically acclaimed MMORPG Final Fantasy XIV through an expanded free trial.