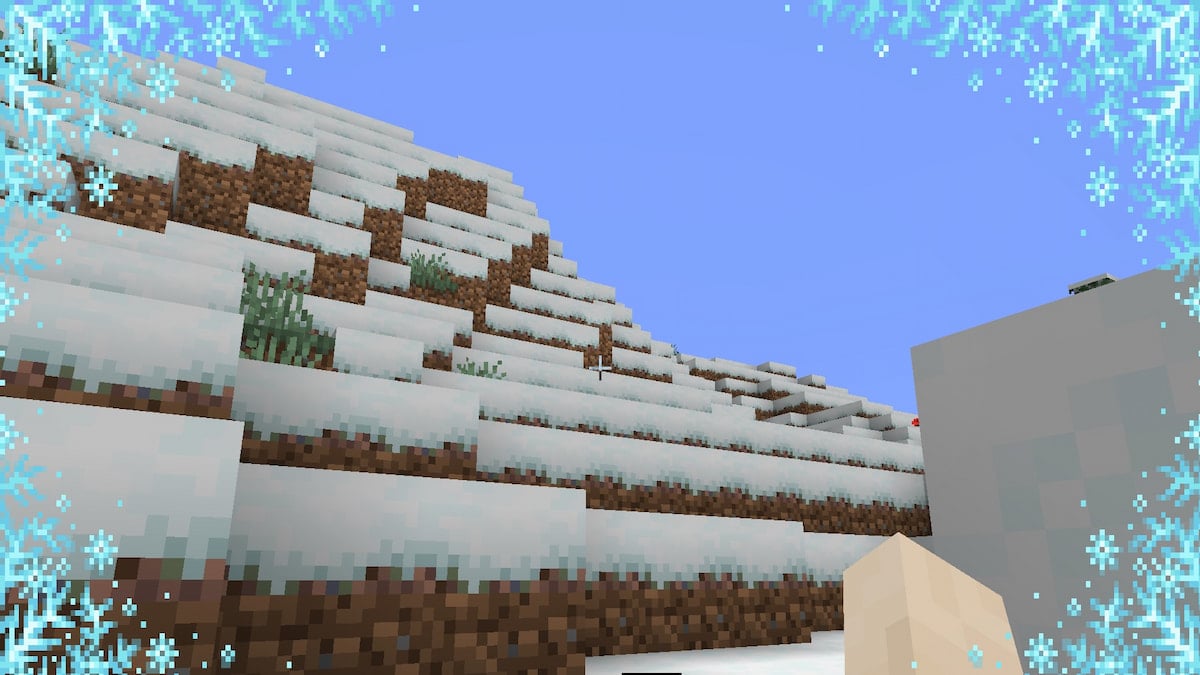 While they may be rare, snowy Minecraft biomes and ice formations can offer a unique change of scenery when compared to the lush plains and arid deserts of traditional Minecraft worlds. This list will feature some of the best and most unique snow biome seeds to be generated by the game’s terrain systems.

This seed spawns the player in the middle of a hilly, snowy taiga biome, surrounded by a dense forest of spruce trees. While one might think that this is prime real estate to start a survival run on, they would be mistaken.

For instance, dirt blocks can be found, if players dig deep enough through the snow, upon which to start a farm and grow crops. However, any water that is placed nearby to irrigate the farmland will soon freeze into ice, and ice blocks cannot water crops without being melted or broken. As this water will continually re-freeze into ice, keeping these crops watered will need to be either a manual or complex automated process.

This region also lacks local farm animals, with the likes of cows and sheep hard to come by in nearby chunks. Players would need to herd in some from very far away if they wanted to get themselves any reliable food.

The player is first spawned in a snowy plains biome at the edge of a frozen ocean. While the floating icebergs and native polar bears may make for some interesting scenery, an impressive cluster of ice spikes to the southeast is this seed’s main draw.

The many mounds of packed ice can be hollowed out into makeshift houses, making the much larger field of ice spikes feel more like a frozen village. The taller spikes can be made to resemble towers overlooking the rest of the village, and the frozen patches of ice scattered in between can be built into community plazas.

This snow biome is extremely vast, occupying a series of snowy taiga, snowy plains, and frozen peaks biomes. Heading southeast for quite a while, crossing frozen rivers and scaling steep hills in the process, players can find a cave with naturally-spawning outdoor dripstone lining its entrance.

From a distance, this cave looks ominous, with the jagged stalactites and stalagmites lining the tops and bottoms like rows of teeth. What better way to make use of this scary feature than to convert the cave into an evil, snow-laden lair.

This seed can be a bit deceiving, as it spawns players in between a swamp and forest biome. Don’t be fooled, as just to the south is a frozen ocean with some impressively tall icebergs.

Height is a recurring theme across this collective snow biome, as just beyond the ocean is an oddly mountainous, snow-topped beach biome. Rather than have its mountains slope gently and naturally, these peaks are shattered, jagging straight in the air with sheer cliff faces.

This seed features one of the hardest survival islands to randomly spawn in a Minecraft world. Stranded in the middle of a frozen ocean biome and flanked on all sides by towering icebergs, this tiny island starts with little more than three spruce trees.

The frozen temperatures of this snowy island freeze any and all water, making gardening nearly impossible. The only animals to speak of are a few polar bears found hopping from iceberg to iceberg, which, despite putting up a powerful fight, will only drop a few fish when killed. The player’s only chance at survival would be to slay a few spiders and try ice fishing.