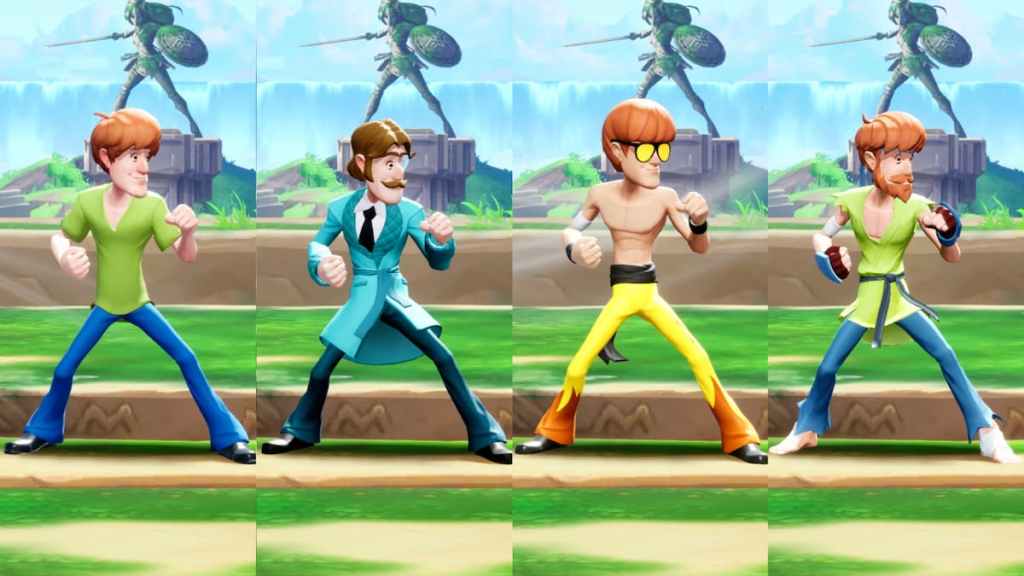 With MultiVersus featuring characters from so many different Warner Bros. properties, there are bound to be some that are less recognizable. Everybody knows Shaggy, but what exactly is the deal with Ultra Instinct Shaggy?

The Ultra Instinct Shaggy story begins in 2011 with Scooby Doo! Legend of the Phantosaur, a straight to video movie. In it, there is one scene in which Shaggy uncharacteristically shows defiance in the face of a threatening biker gang. Instead of being his usual timid self, Shaggy’s confidence leads to him wiping out the gang by himself.

A few years later, a YouTuber by the name of Midya uploaded an edited version of that fight scene. Midya added slow motion to a few of Shaggy’s actions — meanwhile the entire fight was set to the tune of a Dragon Ball Super song. This edited version made Shaggy appear superhuman in nature, hence the Ultra Instinct moniker, which is a reference to Dragon Ball Super‘s Ultra Instinct form. While the original video and channel no longer exist, you can find a re-upload of the video that kickstarted the meme at the bottom of the article.

Following this video, the Ultra Instinct Shaggy meme as we know it was born. Images of either the animated Shaggy or Matthew Lillard as Shaggy would be captioned with insane fake quotes like: “If it weren’t for me, you humans would have gone extinct exactly a millennia ago. Every good idea you’ve ever had was actually implanted in your head by me.”

There wasn’t one specific meme format. Sometimes, it would just be a single image of Shaggy with a caption boasting about his power. Other times, it would be a dialogue between Shaggy and a powerful character from other media. The running thread between all of them was that Shaggy was depicted as unbeatable.