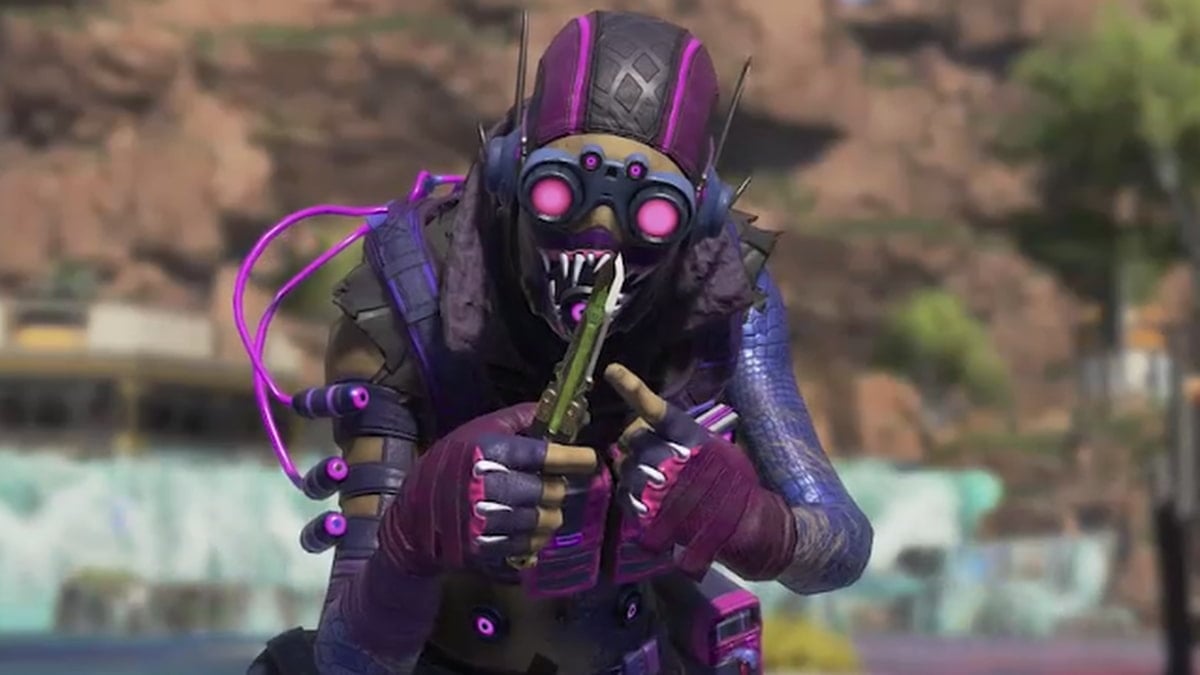 He may not have been on Apex Legends’ launch roster, but Octane has received countless amounts of Legendary and unique cosmetics since his arrival. This especially goes for his skins, as they have transformed the Legend into everything from a court jester to even a spotted leopard. Unfortunately, these sorts of well-crafted cosmetics are also some of the toughest to obtain. Here are the rarest Octane skins that have come to the battle royale.

Related: The best skins for Octane in Apex Legends

Like most Legends, Octane has also received an exclusive skin through Amazon’s Prime Gaming service. Adrenaline Affliction dressed the character in an all-purple outfit with battery packs attached to his waist and back. The cosmetic was only available to Prime Gaming members during March 2021 and it isn’t expected to return anytime soon.

The steampunk-inspired Clocktane was a skin that first debuted as part of Season 3’s Grand Soiree Arcade Event in 2020. As memorable as its bronze armor and teal clocks are, it has only appeared in the in-game store two times within bundles that went for upwards of 6,000 Apex Coins.

Holiday outfits make for some of the best skins in Apex, and Octane’s Dasher is no exception. It gave the Legend an upper-body reindeer costume, plus some golden hooves for added style. Being Christmas-themed, Dasher appears in the shop each December during Holo-Day Bash Events.

As a spin-off of Octane’s beloved Jade Tiger skin, El Tigre provides the character a set of red and black armor, along with a matching tiger mask. After arriving with Season 8’s Anniversary Collection Event, the Legendary cosmetic was up for grabs just one other time in early 2022 for 1,800 Apex Coins.

Diehard Apex players know most craftable skins come around a few times every year, though the Extreme Measures outfit is one of few that tend to hold out much longer. This recolor of The Victory Lap skin has graced the shop with its presence only three times since its 2019 debut and has yet to come back in 2022.

Related: How to unlock the Octane Heirloom set in Apex Legends

Players who’ve spent Apex Coins on Gold Rush hoping to eventually obtain a transcendent recolor may be out of luck for the time being. Its craftable Holeshot Hotshot skin may feature slick black and yellow motocross gear, but it has only been accessible just one time since April 2020.

All Battle Pass cosmetics are rare in their own right, but a skin as well-made as Jade Tiger deserves recognition. The green and black armor for Octane was exclusive to the Season 2 Battle Pass and required players to reach Level 75 to earn it.

With it only being available during the week of each Black Friday, Laughing Fool is one of the rarest skins you can find in the shop. Though, its uniqueness certainly gives it the right to be, as the Legendary skin turns the terrifying Legend into a full blown court jester.

As Octane has the agility of a jungle cat, there is no better skin that represents his abilities than Wild Speed. The black and yellow spotted outfit molds the Legend into a leopard, but there aren’t too players able to witness this for themselves. Wild Speed launched within an ALGS Store Sale bundle in May 2021 and was sold separately for a limited-time in early 2022.

It may not be the rarest skin on this list, but players are unlikely to ever encounter an Octane supplied with the XL-R8 outfit on the battlefield. This neon droid is popular for disappearing for seasons on end with it going as long as five seasons without being in the store. As XL-R8 was surprisingly featured in the Season 12 Unshackled Event, we expect it to go on another long hiatus.