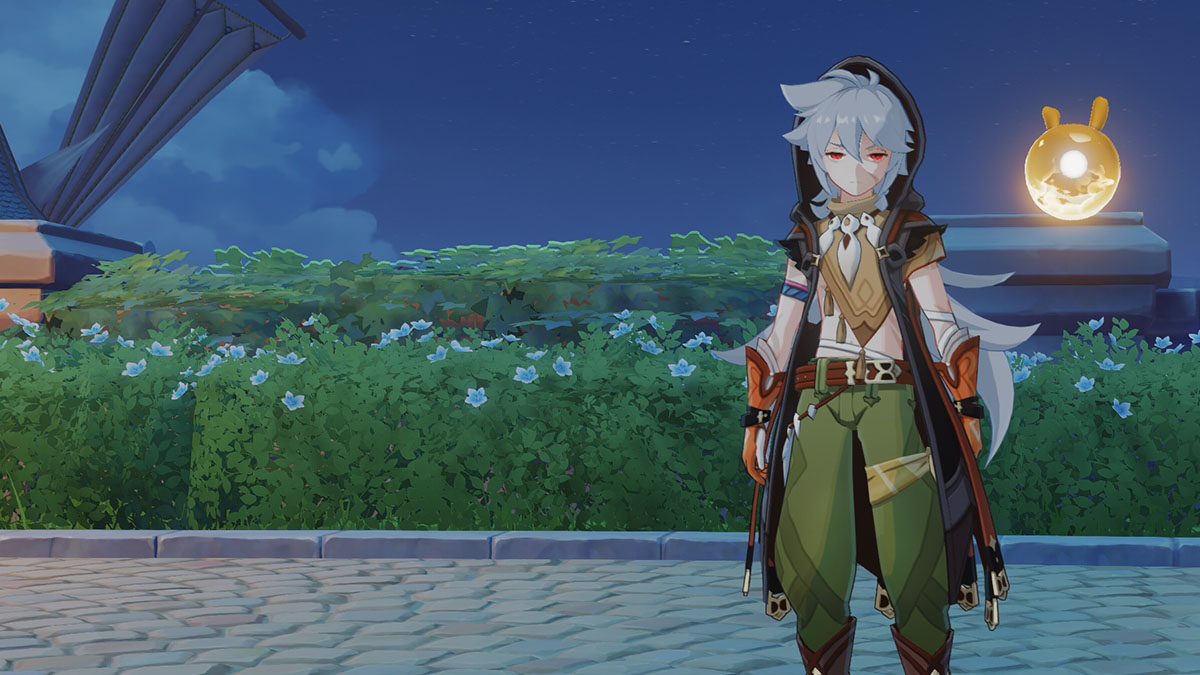 The Sound of Discord is a Festive Anecdote quest during Act III of the Windblume Festival, Realm of Fog and Wind. During this quest, players will need to help find Treasure Hunters that are trying to infiltrate Mondstadt during the Windblume festival.

To start the quest, go to the Cathedral Plaza and speak with Vile. She will inform you about the infiltrators, tell you that they will be wearing a pouch, and will use a secret code, “When the wind blows the flowers about, that is when bystanders should watch out”. Neither of them is particularly helpful, as the pouch doesn’t really stand out, and you don’t need the code until after you find the infiltrator.

After speaking with Vile, head to the location shown on the map below, just a little down and one street over from the tavern. Here you will find your suspicious person standing near the wall.

Speak with them and they will give you the second half of the code, then the Knights of Favonius will arrive and arrest them. After that, you need to follow the way point to an an area just to the east of Mondstadt to deal with a camp of Treasure Hunters.

These guys are not particularly threatening, and shouldn’t give you any problems. After that, return to the Cathedral Plaza to speak with Vile, and the mission is complete.