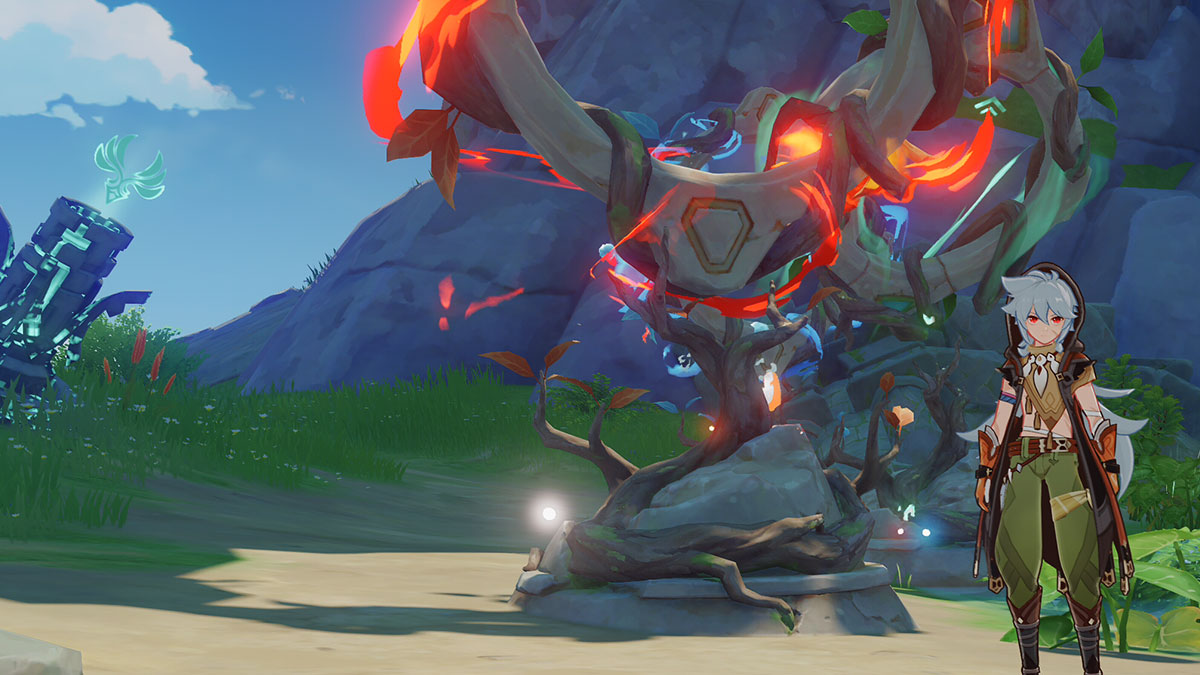 The Winding Homeward Way is a secret world quest that players can get at Minacious Island in Genshin Impact. During the Act 2 of the Golden Apple Archipelago event, players can visit Miacious Isle, where they can find a Seelie near the top of the large canver in the center.

Walking through the Seelie will activate a quest called the Winding Homeward Way. This Seelie is well and truly lost, and it is up to us to help it. Before start, players should ensure they have Cryo and Anemo character in their party.

Follow the Seelie all the way to the bottom where it will come to rest on a rock. Stand on top of the the rock and hit the prompted button to investigate it, and four symbols will appear on a pillar beside you. These denote nearby totems and the order you need to activate them in.

The three devices are actually elemental rings, one Hydro, one Anemo, and one Pyro. Using your Wind-Blessed Harpastum, you can throw the ball through the Hydro or Pyro ones, infusing it with that Element, then use the Anemo one to send it to one of the pillars that is high up on the roof of the cavern.

Set the middle device, which is the Anemo one, to position two, then stand so that you are facing the Pyro device with the Anemo device behind it. Throw the Harpastum through the device and it will catch fire, then the Anemo device will send it flying to the rough where it will impact the pillar.

Now, change the Anemo device to position one and stand facing the Hydro device with the Anemo device behind it and once again throw the Harpastum. This time, it will turn into a Hydro ball and be sent crashing into the Hydro pillar on the roof.

A portal will open and some Slimes will drop out. Kill them all, then climb the cliff and jump into the portal. The Seelie will also go through, and you will both end up in Mondstadt. Follow it to it’s destination, break the large rock blocking the route, and that will finish up the quest.