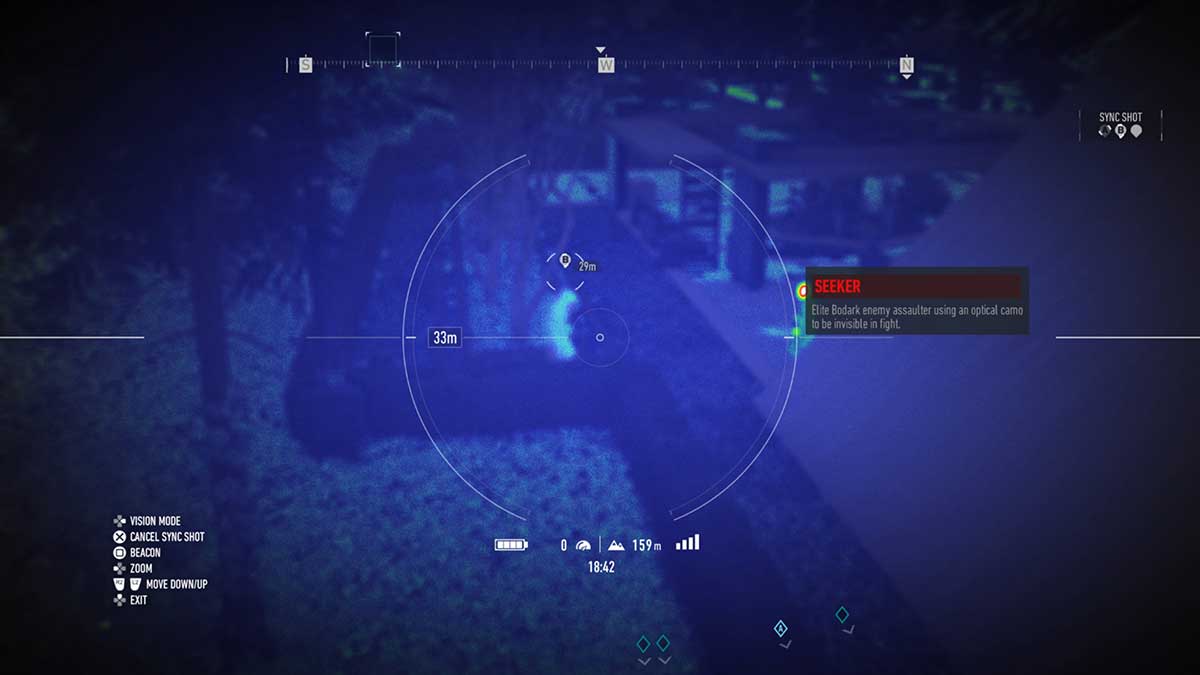 Ghost Recon Breakpont Operation Motherland adds Conquest Mode, an entirely new way to play the game. You return to Auroa three months after the events of Operation Greenstone to find every major world player in a stalemate over who gets the treasure trove of technology the island holds. In addition, Bodark, a returning military group and one that the Ghosts are very familiar with, has moved in and set up shop. Among its ranks are soldiers that make use of Optical Camo called Seekers. This guide will explain how to deal with this new enemy type so that you aren’t caught off-guard.

Even if you think an area is clear, there could be a Seeker stalking about. Sneak around as you walk through an area where you know enemies are patrolling. If you see the air in front of you move suspiciously, it’s a Seeker. These enemies move fast and are hard to see behind cover, but if you catch them when they don’t know you’re there, you can kill them quickly.

Everyone plays Ghost Recon Breakpoint differently, but the way we play is by using the drone to mark targets, kill enemies using sync shots, and then move in to mop up any stragglers we missed. While doing this in Operation Motherland, though, we were constantly caught off-guard by Seekers. Their Optical Camo hides them from view, which is why you need to use thermal vision to locate them. They’re faint, but you can just about see the outline of their body heat as they walk around in this view.

Even now, when we play Operation Motherland, we never expect to see this hidden enemy walking around. So, you need to change your mindset and start looking for Seekers whenever you head into enemy territory. This ensures that you’re always on the lookout and, hopefully, won’t get caught by a Seeker at the wrong moment.