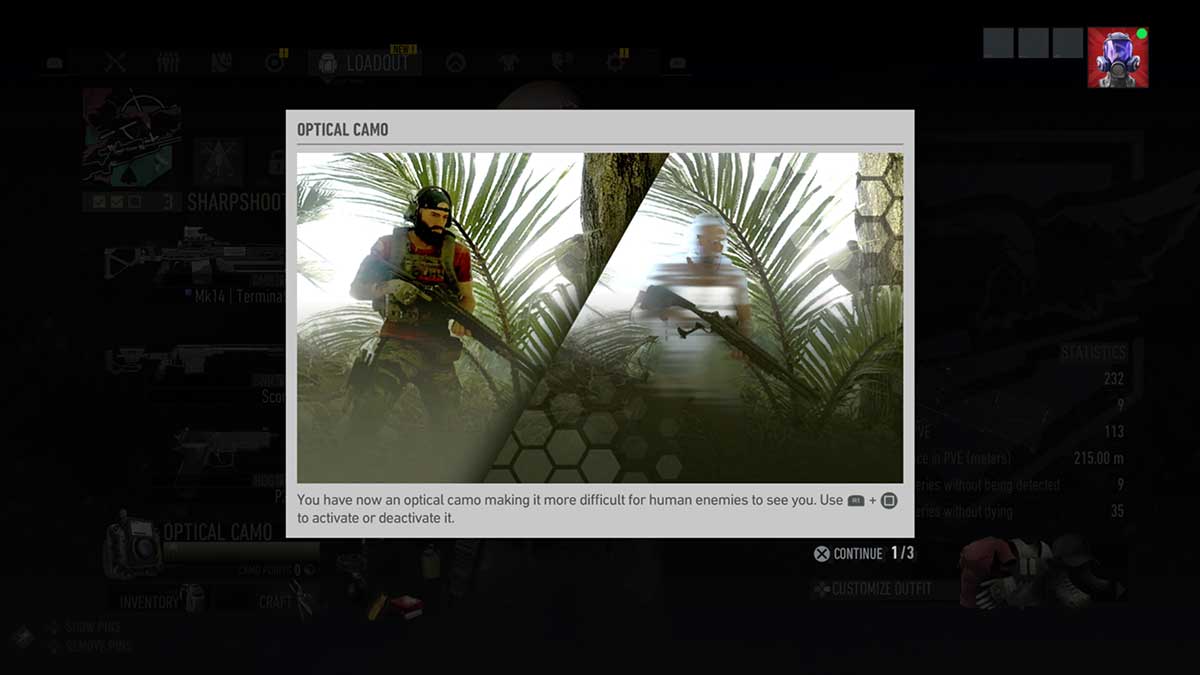 Among all the additions made to Ghost Recon Breakpoint with Operation Motherland, Optical Camo is perhaps the most exciting. Once acquired, this gadget allows you to hide in plain sight, almost invisible to your enemies. However, you need to get your hands on it first, which isn’t that straightforward. In this guide, we’ll explain how to get Optical Camo so you can start killing enemies like a true ghost.

How to get Optical Camo

To unlock Optical Camo, you need to complete two Destabilization Missions in the opening zone, UC.Sparkle. This means that you’ll need to rescue Outcast prisoners, destroy trucks, or liberate the Parliament location.

Once you’ve completed two out of three Destabilization Missions, you’ll unlock a new mission called Intel and asset. In this mission, you’ll head to a new location where you’ll have to hack a computer to locate Ito. Along the way, you’ll find a chest inside the building that holds the computer you need to hack. The Optical Camo is in this chest, and you can use it immediately. At this early point, Optical Camo isn’t very powerful because it needs to be upgraded quite a lot. However, you can upgrade it through usage and assign points in the Optical Camo upgrade menu.