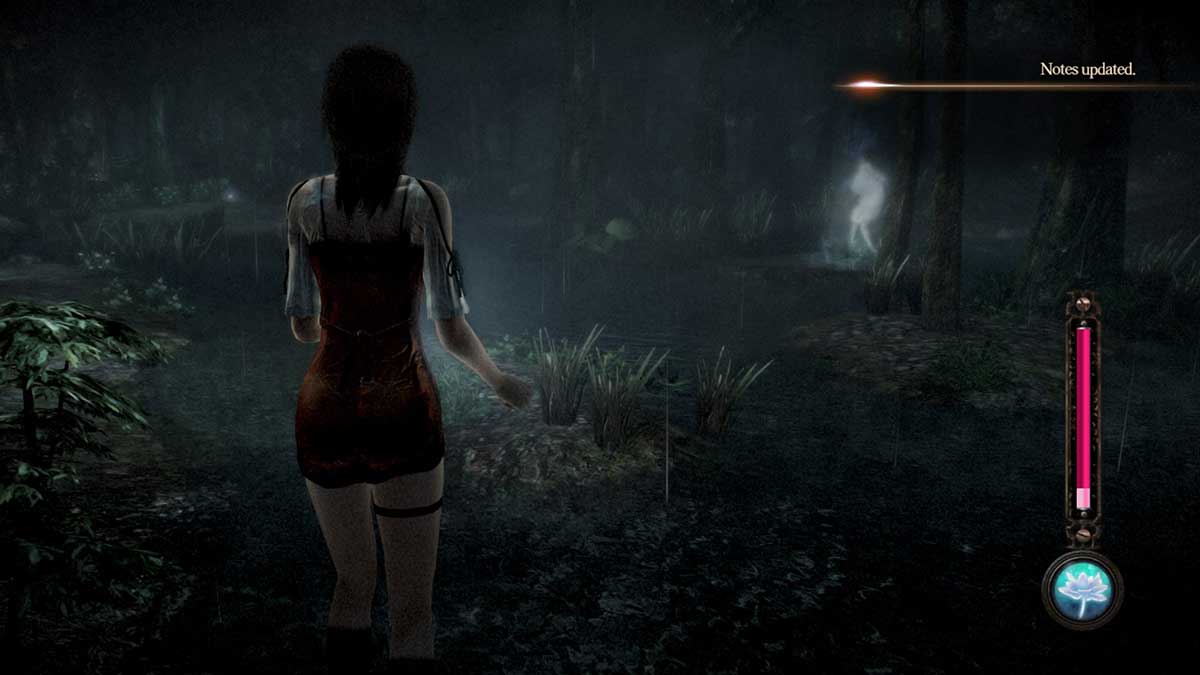 While the second mission in Project Zero: Maiden of Black Water, Second Drop, doesn’t have a puzzle, it has one of the most heart-breaking bosses to fight. After all your efforts to rescue a young girl from the mountain, she ends up killing herself, becoming a ghost, and attacking you. This guide offers a few tips to help you tackle this enemy without dying.

Use the space around you

The arena you fight this boss in is huge. So far in the game, you’ll have only tackled bosses in tight areas where it’s easy for them to attack you. Make the most of the space in this one by running to different corners to avoid the boss. Unlike the previous bosses in the game, this one will rush you far more, making it harder to snap them but also providing ample opportunities to get in multiple quick attacks.

Make the most of Fatal Frame Shots

This boss is the first one that you can get some easy Fatal Frame Shots on. To trigger a Fatal Frame Shot, you need to wait for the boss to attack. At this point, the lens will flash red, which is called a Shutter Chance. If you take a picture at this time, the ghost will take damage, and you’ll be able to take two more photos in quick succession, dealing further damage. So try to hold off until the boss is attacking you to get some Fatal Frame Shots in and beat it without taking any damage.

Dodge when you need to

This boss is quick, agile, and can attack you without you even noticing. Make the most of your dodge, if you have it, to avoid taking any unnecessary hits. You’ll quickly lose health if you don’t get your timing right and end up getting hit more than you need to. There’s no need to be fast with this boss, just accurate. So keep avoiding damage and take the shots that will add more targets when you can. Then, you can go for the killing blow when you’ve got the space.

Taking photos at the last second can save you

Even if you don’t have a chance for a Fatal Frame Shot, taking a picture at the last second can save you from taking any damage. This boss likes to get close to you, especially while your Camera Obscura is reloading. So keep your lens focused on the boss at all times, and take a shot when it’s too close. This saved us in our encounter with it more times than we can say and allowed us to get some space to go for shots on more targets.