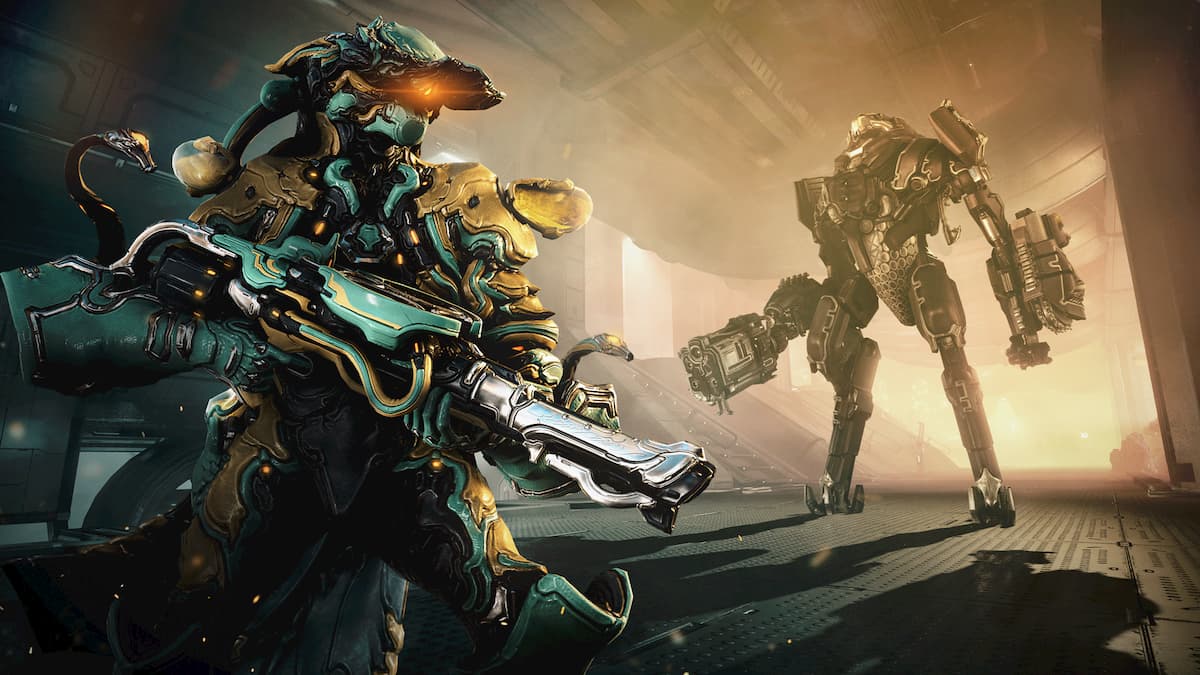 I have always felt that weapons in games are just as important as characters. In many games, our weapons are how we interact with the world of the game. They are the source of most of the feedback that we receive as players, and their character models are constantly on our screens. Warframe is no different, and it has hundreds of weapons to choose from. In this guide, I am going to run through some of my favorite weapons in the game at the moment, and explain why I feel they are some of the best primary weapons in the game.

I also want to point out that none of these weapons are here because of how they perform in the Simulacrum. I just don’t see a lot of value in those tests outside of satisfying curiosity. It is all based on thousands of hours spent in the game, playing missions to find out if weapons perform well in actual in-game activities. Also, the list is not in any particular order of preference, which one I use will largely depend on what I am doing in the game at the time.

Considered by many to be the best weapon in the game right now, the Kuva Bramma is capable of the utter destruction of just about everything. With huge base damage, high critical chance and critical multiplier, a fast charge rate, and almost no penalty for the Heavy Caliber mod, this bow is a beast. You will need to engage with the Kuva Lich system to get one, but it is certainly worth it.

You can pick up the Ignis Wraith from the Chem Lab in the Dojo at Mastery Rank 5, and I strongly advise you find someone who will sell you the Blueprint for the Ignis Wraith when you hit Mastery Rank 9. The Ignis Wraith is an absolute monster when modded the right way, and will rapidly burn through rooms of enemies. I will regularly use this in all the endgame activities and find it makes a mockery of stacked up enemies in tier three Sorties. Build for extra damage, crit chance, and add some Dual Stat mods to lean into the elemental damage type you want, then watch your enemies just melt away in front of you.

My go-to weapon for Eidolon Hunting, this is the only Sniper Rifle that makes my list. Sorry to the Lanka and Vectis fans, I think the damage out of the Rubico is more than enough to be competitive, and the rapid-fire nature of this particular Sniper Rifle puts it a step above the competition. Lots of Forma, Radiation damage and Critical Chance and Damage mods make Eidolon hunting a breeze.

The Acceltra is Gaus’s signature weapon, firing swarms of mini rockets that explode upon impact, ripping through hordes of enemies with ease. A combination of high Puncture damage and high Impact damage means it will strip shields and armor with ease, and it also benefits from high critical chance for some large damage numbers. The only real downside here is the ammo economy, so make sure you bring a suitable Sentinel or mod combo to keep yourself well stocked up.

Probably the most vicious shotgun in the game, the Tigris Prime is capable of the kind of single target damage that makes you wonder if there is any threat in the game that can stand up to its insane damage output. I like to maximize Slash damage and build into Radiation and Viral damage to take advantage of those vicious Slash procs. This beast can be modded to reach 100% Status Chance, and the double fire mechanism means that whatever doesn’t die when you click your mouse button absolutely will when you let it go again. The only real downsides are the reload and single target focus, but this is a constant companion for Sortie Assassinations, or anything with a lot of high scales, heavy armor.

The Trumna is an Entrati weapon that you can get from Father at the Necralisk, if you are willing to put in the work. It can fire fully auto rounds that explode and rip through enemies, building up charges for its alternate fire mode, which sends ridiculously high damage grenade bouncing through levels. It is impossible to describe how much fun this weapon is, and how destructive it can be.

The Arca Plasmor has been a ridiculously good weapon since it arrived in the game, and it has held onto its status as one of the most popular weapons in the game despite some nerfs. Ridiculous damage out, 100% Status Chance potential, and insane room clearing ability make this a fantastic choice at any point in the game. I like to lean hard into Blast and Radiation damage with this one, just because I really like watching things die.

Gotten in the form of a drop from the Stalker, the Dread has been a highly regarded bow in Warframe since the Stalker first arrived. Huge single target damage potential, it is popular among people who like to run stealth frames, or just challenge themselves a little more when it comes to their aim. With a starting Crit Chance of 25%, the Dread can easily achieve the beloved Red Crits with the right mods. It also has innate Punch Through, for when you really want to kill a few birds with one stone. High Slash damage and good Status Chance means a lot of Slash procs, so building some Viral damage on this one is a great idea.

While the Lenz isn’t everyone’s cup of tea, I adore it. A bow that does massive AoE damage? What more could you ask for? Some folks struggle with the fact that the Lenz can kill you with the damage it does if you are careless or unlucky, but I love running it on Limbo. Shoot, then sidestep for that sweet immunity and reload, then sidestep and shoot again. Capable of massive damage output due to it’s high Critical and Status Chance, the only real downside is that ammo for it is so limited. Still, just run a Carrier as your companion, and that should cover things nicely. It also looks amazing, which gets bonus points from me. While the Lenz has been supplanted by the Kuva Bramma, it is still a monster in its own right.

With three firing modes, covering Burst, Auto, and Semi-Auto, the Tiberon Prime is hugely adaptable, depending on what you are shooting at the time. A ridiculous base Critical Chance of 28% on the Burst fire mode and 30% on Semi-auto means it also rewards the more skilled players among us. It combines this with solid Status Chance and base damage and a great damage profile against all enemies in the game to really be worth your time. Combine with a Riven for one of the most joyous experiences you can have in the game as everything just melts before you.

I sometimes think the Baza gets slept on a little bit, but it is pretty much my go-to weapon for any mission involving stealth. Complete silent, with a great Critical Chance, this thing will melt an enemy before they even know you are there. I have only really noticed issues against the highest level enemies, but when you are running stealthy missions you should only ever be fighting a few of these, or else you are doing it all wrong anyway. High accuracy and low recoil mean this thing is a laser, but you do want to get up close and personal with enemies due to its damage falloff over distance.

Sitting in a similar spot as the Ignis, the Amprex is designed to clear rooms. I personally find the Ignis Wraith a bit more effective at high levels, but I would argue the Amprex is superior at rapidly clearing mobs at lower levels because its damage will arc between them. While the Ignis leans into Status effects, this one is all about hitting those Criticals, so build lots of Critical Chance and Critical Damage. You can also largely ignore the negative effect that some damage mods will have on accuracy to really drive those numbers through the roof. The real downside is the limited range compared to the Ignis, but I like to pair this with fast moving Warframes because range doesn’t matter when you can rapidly close the distance between you and the bad guys.

The Opticor Vandal left some fans of the classic Opticor a little cold, but I adore it. I will happily trade off the increased rate of fire for some missing damage, and even then the damage output from this weapon is still very impressive. You’ll need to take part in the Buried Debts event if you want to get your hands on it, and I really feel it is worth your time. Very high Critical Chance, Critical Multiplier, and Status Chance mean there aren’t many enemies in the game this weapon can’t deal with.

Currently only available from Baro Ki’Teer from 250,000 Credits and 500 Ducats, this is an incredibly fun rifle to use. It will absolutely hurl rounds down range when fully spooled up, and is capable of reaching 100% Status Chance. It also comes with a huge magazine and large ammo reserves, meaning you don’t rapidly run dry, despite the rate of fire it can reach.

So there you go Tenno, my list of what I consider to be the best primary weapons in the game right now. I’d bet my Excalibur Prime that you can have good fun with all of these and that they are worth spending some Forma on to really get the best out of them.