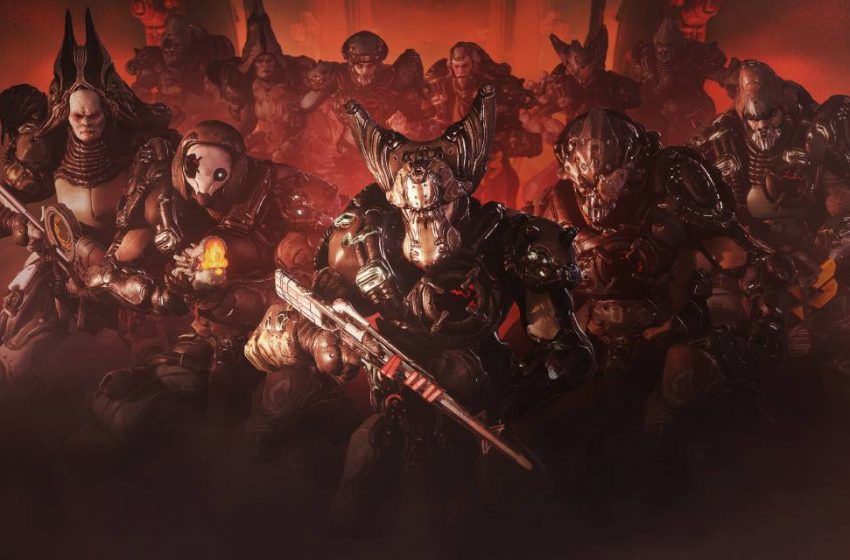 The Kuva Lich is a new enemy in Warframe. Introduced with Update 26, The Old Blood, the Kuva Lich is an enemy that hunts you down and invades the system. They are difficult to kill, you are the only Tenno who can kill your own Kuva Lich, and you will need the new Parazon weapon to do it.

How To Find A Kuva Lich

To find a Kuva Lich, you must first kill a Kuva Larvling. These can be found in any regular level 20+ Grineer mission in the Origin System. I just ran the Capture mission at Cassini until one appeared. This does not include Sorties, Fissures, Quests, or Special Regions. You will also need to have completed The War Within, as it is a prerequisite for the Kuva Lich-based content.

The Kuva Larvling will show you which weapon the Kuva Lich will be equipped with before you kill it, so if the weapon does not interest you, don’t kill the Larvling and finish the mission as normal.

The Kuva Larvling will spawn into your mission as you play and will have a red waypoint on the screen. Just follow the waypoint, kill the Larvaling, and then your Kuva Lich will be created in retaliation. You can then finish out the mission as usual. When you have finished the mission and are back on your ship, the Lich will start to talk to you. Your Lich is unique, with its own name, stats, and weapon.

The most important thing before generating a new Kuva Lich is to think about which Warframe you want to use to do it. The Warframe that creates a Kuva Lich will determine what elemental damage bonus the Kuva Lich weapon will have and the type of Ephemera they will have if they spawn with one. Finally, the Progenitor Warframe will dictate the Lich’s abilities.

Below, you can find a table with the Progenitor Warframe for each element. Prime Warframes will generate the same elemental type for the Lich as the standard Warframe will.

How To Fight The Kuva Lich

To fight your Kuva Lich, you must draw them out. You do this by doing missions in Nodes that the Lich has influence, and by destroying their Thralls. Killing the Thralls using the Parazon will give you clues on the correct order of Requiem mods that you need to kill your Lich. Your Lich will also have specific resistances and immunities, that are unique to you.

You will know a Lich is after you when an icon appears in your Navigation and Menu screens. The icon will appear beside the Nightwave button and will allow you to check details about your Lich, including Lich Level, Requiem Mod Attempts, and more.

Kuva Influence will be shown as a red cloud on your Navigation. It will start one destination, and when you click in to view it, you will see which Nodes the cloud is spreading over. Nodes, where the Kuva Lich has Influenced, will have a Reward Tax. The Lich will steal parts of your loot! The good news is, once you kill the Lich, all that loot is returned to you.

These Nodes will give you the option to run the standard Node mission, the Kuva Lich version, or any active special version, such as Nightmares or Invasions.

How To Kill A Kuva Lich

Only one Kuva Lich can be after you at one time, so you need to kill them outright to get a new one. To kill a Lich, you need to use your new Parazon with Requiem mods. The Requiem Mods form a sort of puzzle and must be in the correct order to deliver the killing blow. Your squad can weaken the Lich, but only you may kill it.

To figure out the combination, you will need to kill the Lich’s Thralls. To do this, play the special missions on the Nodes where the Lich has influence. As you play, Thralls will spawn. Fight them as usual, then when they fall over with the red symbol above them, run up and interact with them to deliver the Secret Mercy Finisher. This will get you a Requiem Murmur. You need to kill the Thralls, and clear the Nodes, to progress towards figuring out which Requiem Mod combination will prove fatal to your Lich. Thralls seem to be quite common; I had 9 of them spawn in one Extermination mission.

As the Requiem Murmurs build up, they will reveal one of the Requiem Mods that you need to kill your Lich. You will need to figure out the order, so you can either wait until you know all three, or you can do some trial and error when your Kuva Lich arrives in your missions. Failed attempts to kill the Lich will result in them laughing at you and leaving the mission. They will also level up from it, becoming stronger. Another aspect to consider is that as the Lich grows more powerful, they will become harder and harder to kill.

When you finally find the right combination of Mods, the Lich will retreat to a node in the Railjack Veil destinations. Players can follow them in, complete the mission, then board a galleon to fight them. They will not need to use their Requiem Mods at this point, just take the Lich to zero health, then finish it off. Players will then decide if they wish to kill the Lich, getting the weapon it has, or accept the Lich as an ally.

These weapons will be carried by your Lich and can be gotten when you kill them. The weapons have custom stats and variants, depending on your specific Lich.