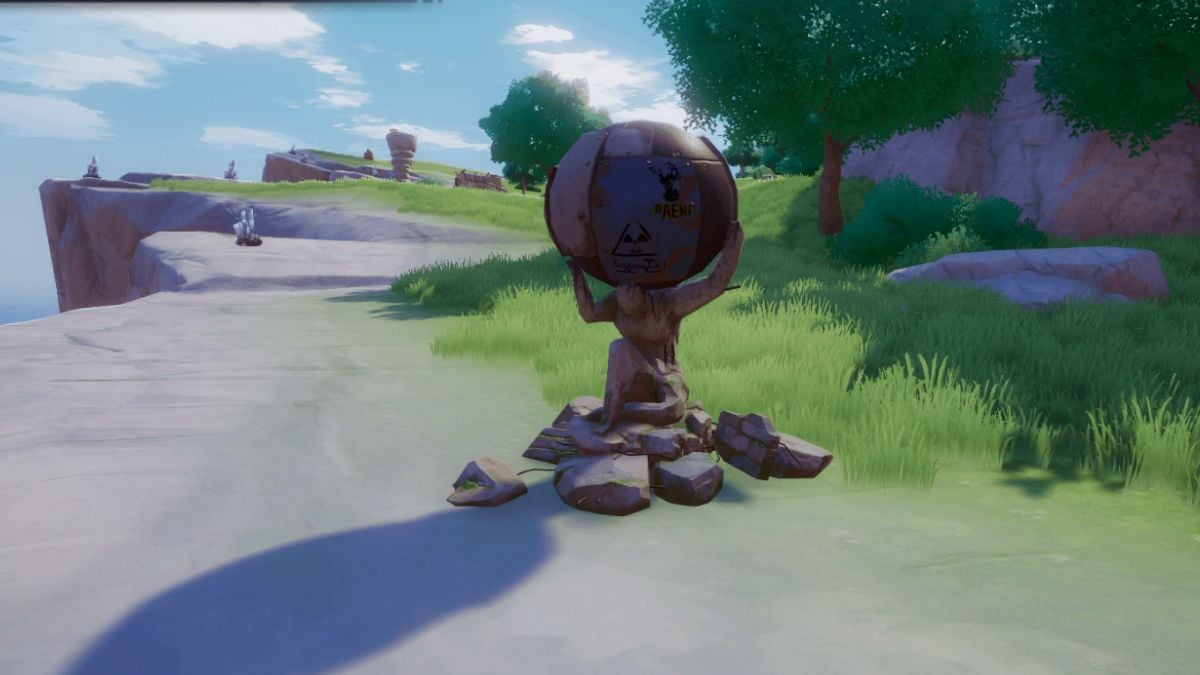 What are Singularity Rocks?

Singularity Rocks are statues that look similar to Greek statues you see in museums. The statue of a Singularity Rock depicts a man holding a large sphere above his head. These statues don’t make an appearance at the beginning of the game. You will need to complete chapter one before you find any.

You will find Singularity Rocks after making your way to the Banges region. They don’t have a specific location type that they spawn more than others and appear to be randomized throughout the map.

How to open Singularity Rocks

The description of the Singularity Rocks will tell you that they are “odd rocks that can be unearthed and levitated by certain relics.” This is a good hint as to which relic you need to use to get the prize from this statue. If you haven’t gotten it yet, you need to obtain the Strange Cube.

The Strange Cube can be retrieved by entering and completing Ruin A-02 in the Astra region. This dungeon is fairly short and easy to complete. You need to be at least level 15 to enter it.