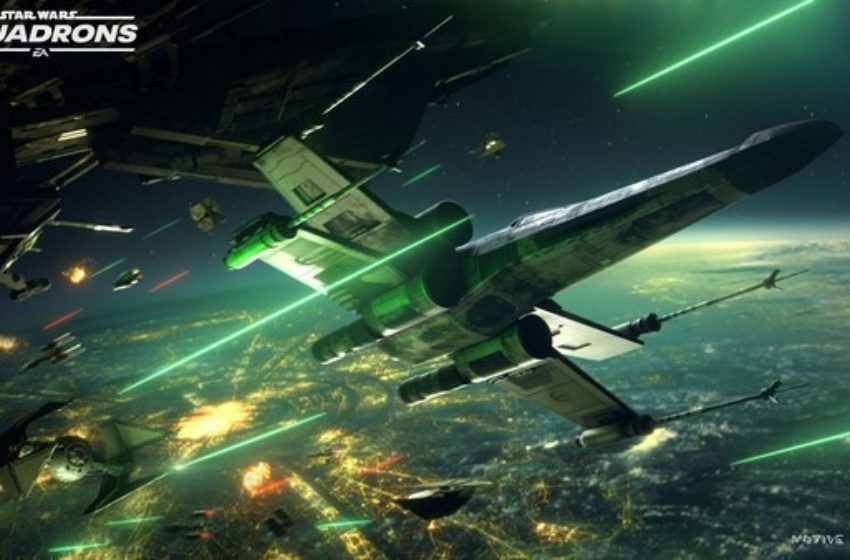 During the EA Play Live event, we got our first look at Star Wars: Squadron gameplay and also had a bunch of new details shown off for the upcoming space combat game. We know that the game is set after the events of “Star Wars Episode VII: The Force Awakens,” and you will be able to customize the fighter crafts you are piloting. It was also nice to see what the game’s objective is, with two multiplayer game modes being shown off and detailed. Here is what we saw.

Dogfights are essentially the team deathmatch of Squadrons. It is a 5v5 battle between teams where you will need to change your loadouts and use the tractor beams, turrets, and mines to take down the enemy team.

Fleet Battles were described during the event as the signature standout mode for Squadrons that will test you and your teammates. The match plays out over a series of stages and can be played against humans or AI. It seems before the match starts, your team meets up in a social hub to work together and see what loadouts and role each person will take.

When it is time to take off, you will immediately be thrown into a dogfight. After winning the fight, you will need to focus on taking out two medium-sized capital ships that seem straightforward. If you take out both of these, the final goal is to destroy the enemy’s flagship by taking out certain sections. The sections to take out are the shield generators on top, the power system on the bottom, and the targeting system in the middle of the mammoth ship.

Fleet Battles seems to really rely on working together as a team as you either push the attack or fall back together to defend your ships. You can stealthily try to take out a capital ship on your own, but you will leave your team down a man if they are trying to protect your objectives.

While only two game modes were shown off, there could potentially be more in the works. However, the game will retail at $39.99, so you can expect it to be a smaller game than usual. We also know that there will be a single-player campaign that has you create a character on both sides of the fight and battle it out against AI opponents. Star Wars: Squadrons releases October 2nd for PC, PlayStation 4, and Xbox One.