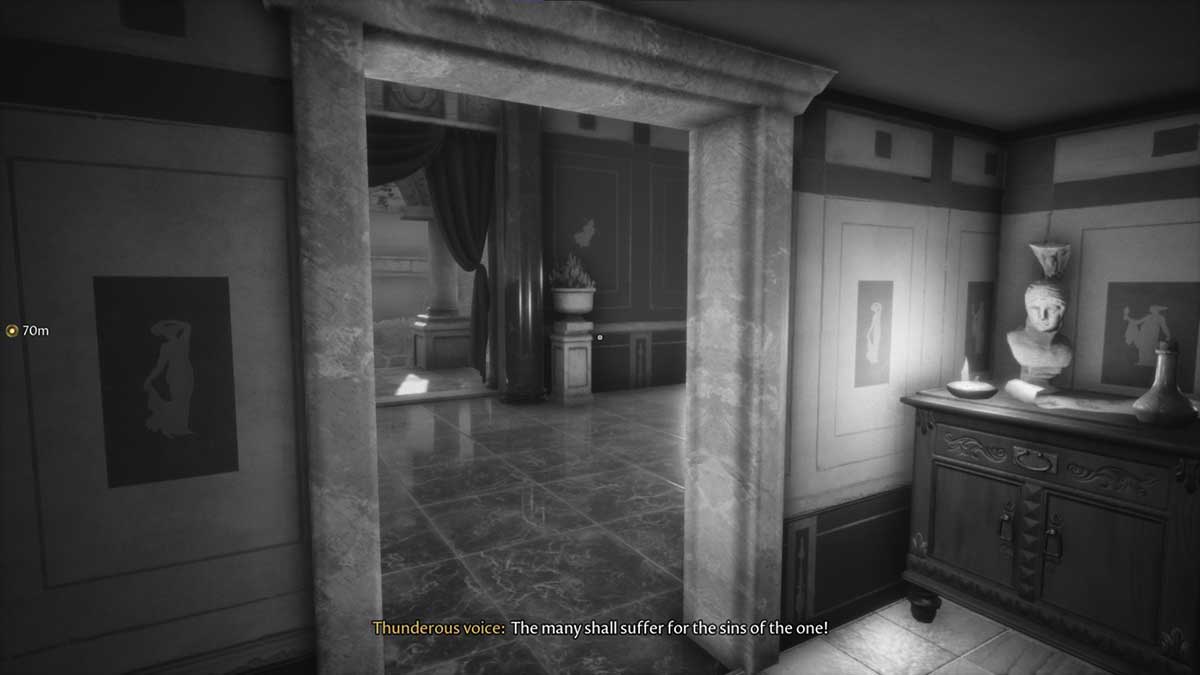 In The Forgotten City, one of the first things you’ll find out is that no one should break The Golden Rule. If anyone commits a crime, then the entire city suffers for it. But what exactly happens when you commit a crime such as stealing? This article covers exactly that.

What happens when you steal?

Stealing or committing any crime in The Forgotten City results in every single resident being turned, against their will, into a golden statue. This happens because a golden soldier comes to life and begins firing arrows at every living soul until everyone has become a statue. The golden warrior will then pursue you all the way to the portal, where you can reset the city to before your heinous crime, firing arrows at you and trying to kill you the entire time.

Committing a crime isn’t the end of the game, though. As we mentioned above, you’re able to head back to the portal you entered the city through and reset everything to the start. Of course, this will cost you all of your progress, but it’s worth it to avoid becoming a golden statue for eternity.

We discovered that even stealing when no one is looking will lead to the golden warrior waking up. It’s nothing like Skyrim, in which stealing must be noticed to have consequences, so don’t commit any crimes unless you want to reset all of your progress.