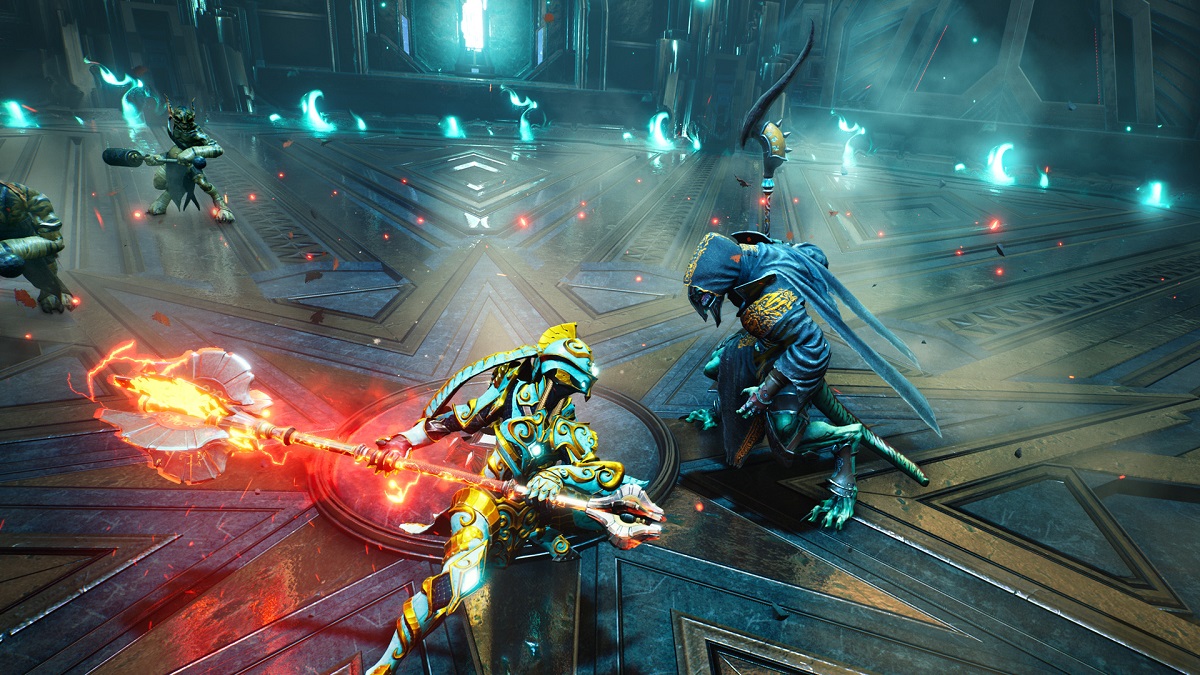 Godfall is a game about chopping up enemies, and if you want to be the most efficient chopper of enemies around you will need to understand Soul Shatter, and what it does.

Where it gets interesting is exactly how much damage you do with Soul Shatter. You don’t just remove all the health under the white portion, if that portion is bigger than the remaining health bar of your enemies, they die instantly.

Remember, you want to build up the Soul Shatter damage until it is greater than the remaining health bar then unleash a heavy attack, or a Southern Technique, to activate it.

In our experience, faster weapons can take advantage of this mechanic a little better than slower ones. You can rapidly build up Soul Shatter damage, then almost instantly activate it instead of waiting for a long, ponderous swing from a Hammer or Axe.