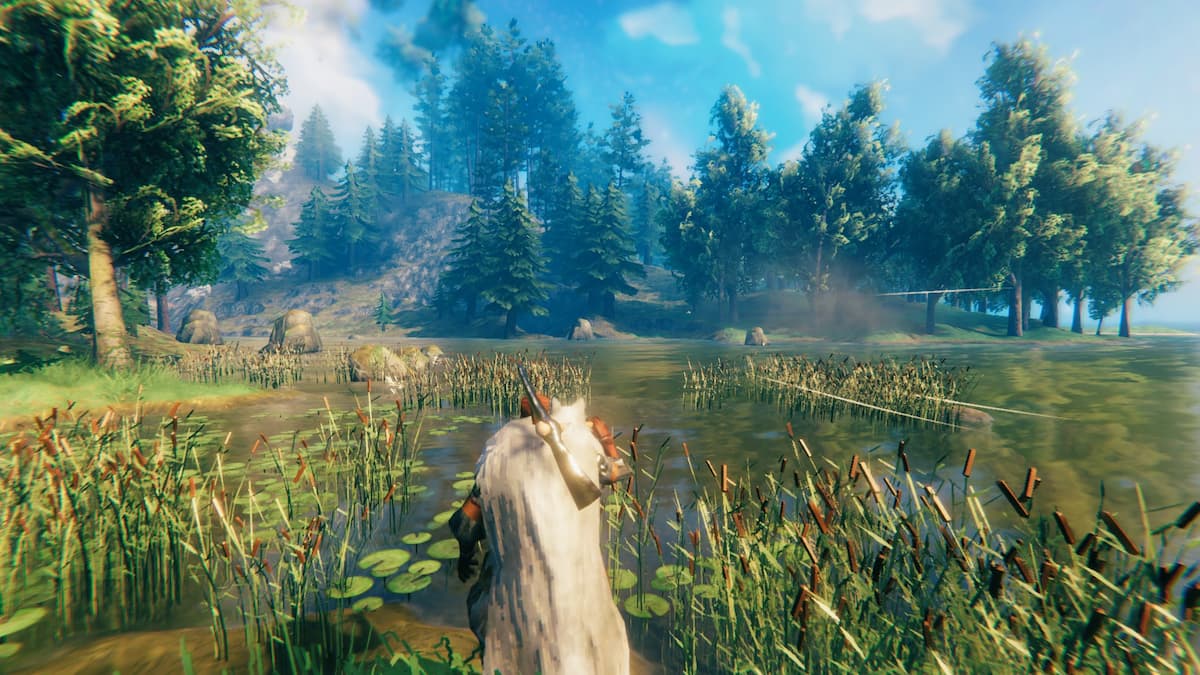 When you initially start your Valheim journey, you begin right at the center of a series of stones, and you’re going to be returning here pretty often. This is where you’ll hang all of the bosses your defeat in the game and gain their passive abilities. Every game of Valheim starts here, and the biome it’s set in is the Meadows. The Meadows is where you’ll find some of the easiest and most passive enemies in the game. However, once you adventure beyond here, you’ll be fighting harder and more aggressive enemies. It only becomes more difficult as you progress to the other biomes. All of the biomes have a boss you need to defeat, and there’s a proper order that you need to follow if you want to go the correct route.

Here is the current biome progression you want to follow. We will be updating this as Valheim continues through its early access development. The developers plan to reveal nine bosses, and right now, there are only five in the game.

You will always start at the Meadows biome. From there, after defeating Elkthyr, you advance into the Black Forest. There, you battle against the Elder to gain access to the Swamp’s crypts. Inside of those dungeons, you’ll find the bones to summon Bonemass, one of the hardest bosses in the game. The next challenge will be surviving in the Mountains biome, attempting to fight against the freezing damage to battle Moder. From there, the fifth boss, Yagluth, will be hiding somewhere in the Plains.

You can visit the Mistlands in Valheim right now, but there’s nothing in those locations. It’s a foggy, creepy location, full of trees covered in spider webs. However, there are no spiders, bosses, or dungeons for you to explore. There is nothing. If you want to explore these regions, feel free to fill out your Valheim map.

Right now, we’re waiting for the next update to arrive in the game. It won’t have anything to do with the next boss, or the Mistlands, though. The next one is called Hearth and Home, and it gives players more building pieces to create a home, cooking recipes, and more food options. The Mistlands update will be the fourth update, and nothing has a release date at this time.