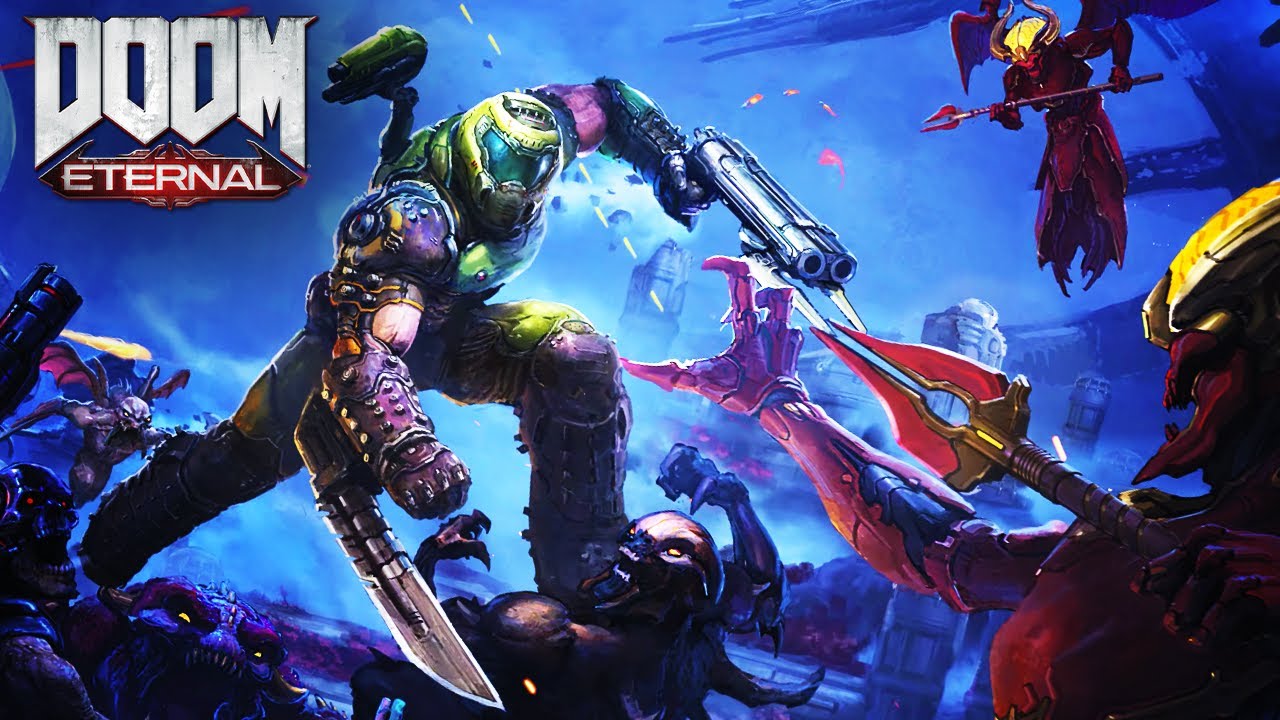 Doom Eternal was one of the most critically acclaimed games released last year. The game incorporated many changes, including the introduction of platforming segments, and gave the franchise a breath of fresh air. Despite the revamped mechanics, the core gameplay characteristic to the Doom franchise remained intact, which immensely contributed to Doom Eternal’s success.

id Software is gearing up to launch the first campaign DLC, the Ancient Gods, Part One. It was teased earlier this month and suggested that it will pick off from where the main campaign ended. At the Gamescom reveal, id Software has confirmed that The Ancient Gods: Part One expansion will be releasing on October 20th, 2020.

The Gamescom reveal trailer had everything to build the hype for the fans — from new demons to the Doom Slayer driving a submarine. We don’t see any new introductions in the arsenal, but it is expected that id Software might have covered that segment as well. One segment shows a battle with two Marauders, so it is pretty self-explanatory that id Software is going all out with the DLC in terms of the adrenaline rushing combat.