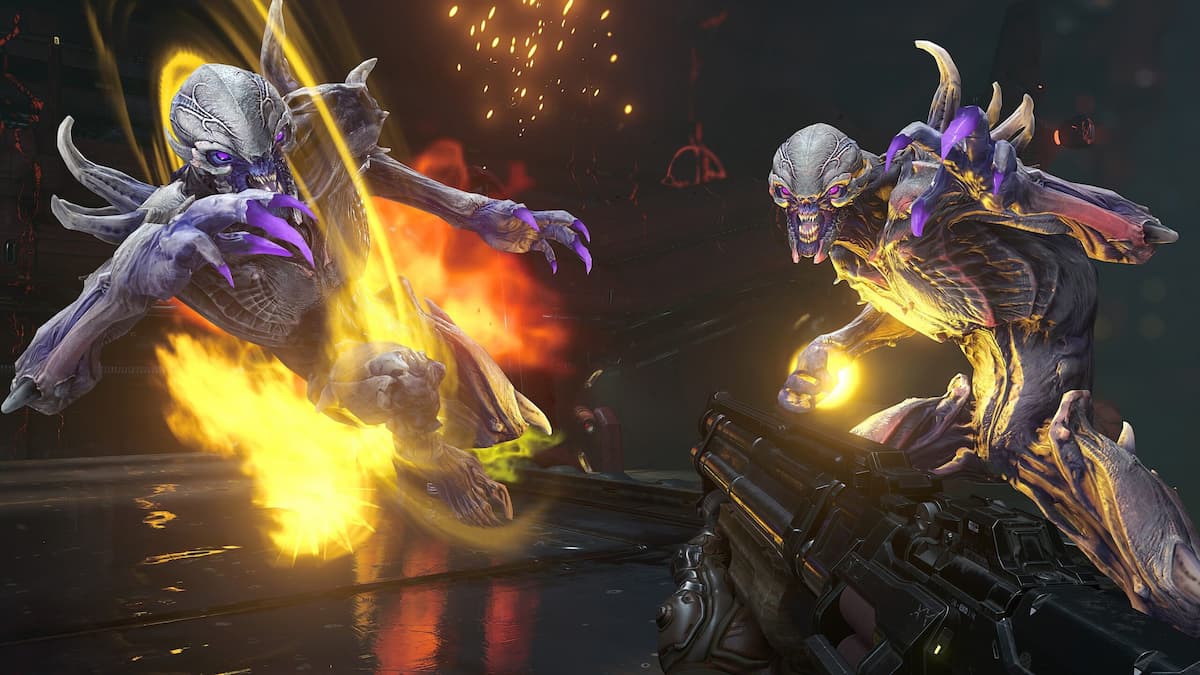 Are you ready to take on legions of Hell’s demons as the Doom Slayer again? After releasing last March, Doom Eternal went on to be one of the top video games of 2020. Later on in the year, developer id Software released their first DLC for the game, called The Ancient Gods Part One, bringing new content to the game for fans to come back to. But what about The Ancient Gods Part Two, though? Well, a Microsoft Store leak may be hinting at that DLC coming very soon.

A listing for Doom Eternal’s The Ancient Gods Part Two DLC went up on the Microsoft Store, showing a release date of March 18, two days before the one-year anniversary of the full game’s launch. This timing is perfect for Doom Eternal’s year one pass ending, but it is easy to speculate that both DLC packs were delayed because of the COVID-19 pandemic.

Four new screenshots are shown in the leak, three showing off environments and one with a couple of purple-colored demons. You can see the environments below.

Details for the DLC also hype this up as the end of the “Slayer’s Saga.” The gameplay will take place between Earth, Sentinel settlements, and a cosmic area called the World Spear. You can also expect to take on new enemies, including Armored Barons, Stone Imps, Screeches, and Cursed Prowlers. A new weapon called the Sentinel Hammer is also mentioned in the leaked information. Whether or not this hammer works the same way as the Crucible Sword is yet to be seen.

While it is odd not to have official confirmation on The Ancient Gods Part Two’s release if it is so soon yet, the listing being somewhere as official as the Microsoft Store makes this date seem credible. It may have been planned to be announced alongside some of the Bethesda and Xbox celebrations, which included the tidbit of certain games being upgraded with FPS Boost functionality. Bethesda is expected to show a trailer with gameplay on Monday, March 15.