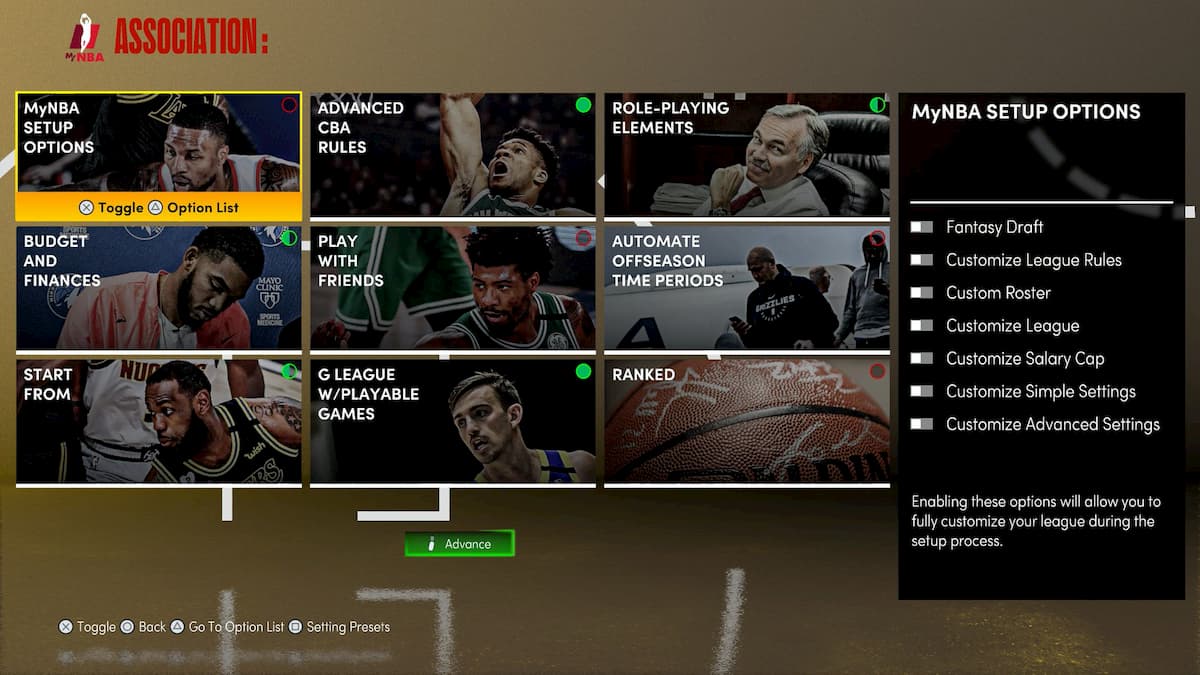 Right before the release of NBA 2K21 on Xbox Series X/S and PS5, developer Visual Concepts revealed that MyLeague is no more. Don’t fret; the mode has been rebranded into what is now MyNBA, a “blend” of MyLeague and MyGM. Although everything you loved about the former mode is still available, there are enough new features to truly make it your own NBA.

Instead of having to wait until next offseason, the MyNBA franchise mode will let you change the lottery and playoff format from the start. It’s a minor addition, but a big step forward for those who alter the league to look like college ball. So far, it’s been confirmed that all former options like Sudden Death and changing the NBA playoff to a 16-seed format will return, but it’s unknown if more will be introduced.

Just because MyGM and MyLeague have been combined doesn’t mean that those who were fans of one mode will be forced into seeing features belonging to the other. When creating a new MyNBA file, you’ll have the option to turn the Role-Playing Effects introduced by MyGM on or off.

In this tab, players now have the ability to turn off the Conversation component, which means being the GM doesn’t require you to speak with the players and owner every simulated day. From here, the Skill Tree and Tasks features also have the option of being disabled.

For most of the last console generation, MyLeague addicts could increase the league size to up to 36 teams, adding expansion or created teams to the NBA. Now, you have the option to remove teams, ultimately being capable to have an NBA with just 12 teams. This will also shrink how many games you play in a season, as well as the amount of teams allowed in the postseason.

The developmental basketball league is now playable once again in next-gen NBA 2K21. Those interested in interacting with their organization’s “farm” team can play their games through the Daily View menu. In doing this, you can try out youngsters who didn’t make it to the NBA, and even sign them onto your squad.

One major cosmetic difference between current and next-gen versions is the inclusion of a new menu navigation system. Rather than having a main hub screen, players will have to flick up on the right joystick to bring up a small, compact menu in the bottom left of the screen — a convenient change that was previously present in NBA 2K13 and greatly missed until now.

Aside from all of these momentous add-ons, Ranked leaderboards will also return, with those not playing as a GM now able to take part in them. Beyond the MyNBA franchise mode, Visual Concepts has already unraveled a new MyPlayer online hub named MyCity, along with a cleaner in-game presentation.