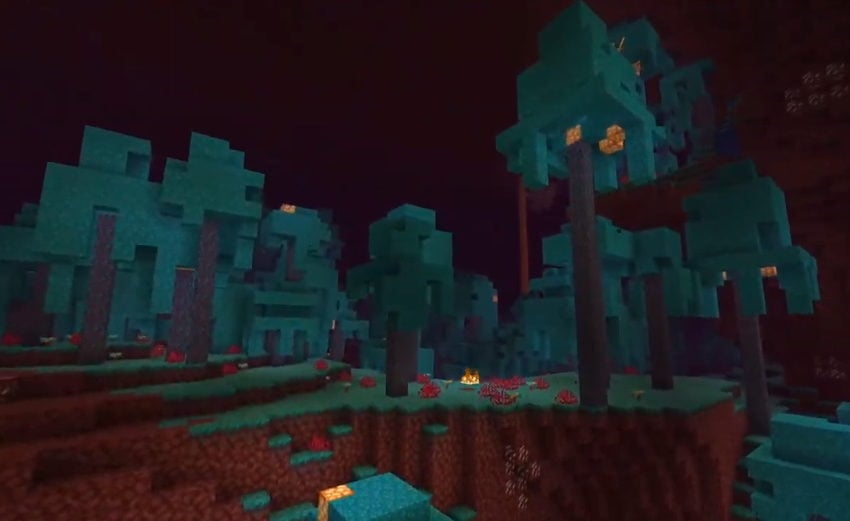 There are daunting changes in the Minecraft Nether update. The Nether was intimidating enough, especially for new players or in early game. With the update, the Nether expanded. It contains new biomes to explore and new mobs to avoid. There’s a lot to do in Minecraft and now there’s even more. What to do first is up to the player, but we have some options.

This may be a boring answer, we know, but you need gold for this new Nether update. In the earlier versions of the game, gold wasn’t the most useful of items. It is a weak metal, just like reality, and isn’t the best for armor. Sure it’s flashy, but it’s not strong. But, with the new Nether update, gold is seeing glory. Piglins love and admire gold. Without at least one piece of gold armor, Piglins will attack players. Piglins will also barter with gold ingots. Find some gold and get smelting to start.

Look, we know you want to jump right into the Nether. By all means, dive in! But the Nether was treacherous already. Now there’s more to it, so it’s best to be ready. Look for Ruined Portals in the Overworld. Ruined Portals have valuable resources that can be used to craft a Respawn Anchor. Respawn Anchors will allow you to respawn in the Nether, should you die on your journey. And you will.

If you’re prepared, there’s no reason to wait to explore. Some of the updates affect the Overworld, but the majority of the updates are focused on the Nether. Naturally, you will want to be in the Nether to see them. Because the game is procedurally generated, we can’t tell you how to get to a specific part of the Nether right away. We can say that the Warped Forest appears to be the safest location with only one hostile mob (Enderman) that spawn in the area. It also has good resources for builders.

These are only a few options. Players are free to jump right into the Nether as soon as they are able to begin their exploration, or they can grind and find the best gear possible before making that leap.