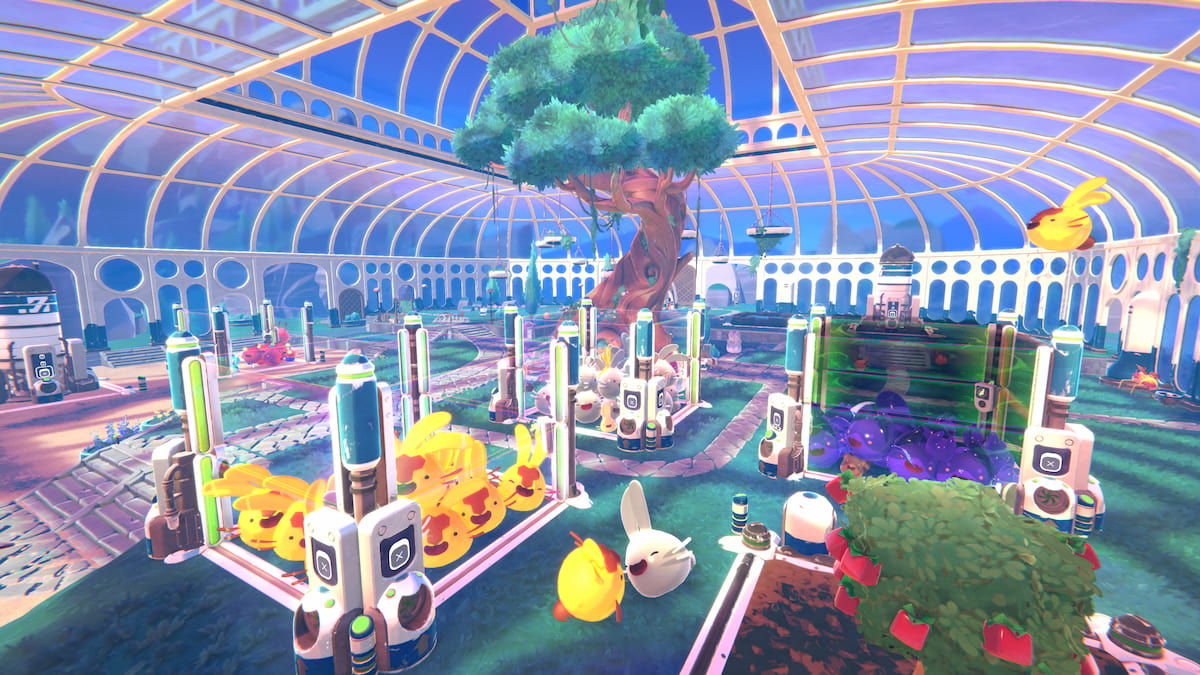 Five years after the release of the original Slime Rancher, developer Monomi Park opened up the game’s sequel for purchase in an early access state in September 2022. This isn’t a new move for the series, as the original game also had an early access period prior to its full launch in 2017. During early access, returning players should expect much of the same slime-wrangling and Plort-harvesting they know from Slime Rancher, but with (naturally) a few holes left to fill in. The full experience, on the other hand, is still quite a ways off from release.

While we don’t have an exact date at this point, Monomi Park has shared a few details on the game’s tentative schedule. According to a statement on the game’s Steam page, Slime Rancher 2 “will remain in Early Access for at least 18 months, potentially longer.” The team has clarified that this open-ended time frame is in place for a good reason, with the same statement explaining that Monomi Park is “a no-crunch studio” and that they plan to give their development team “the time it needs to produce a high quality experience.”

This doesn’t mean the game’s current state is meant to be rough, though. Instead, the team’s plan during early access is to add more content, from areas to slimes to gear, while trying to make each new update function as smoothly as possible from the jump. In line with the team’s plan for a full release, updates during the early access period don’t have any specific timeline, and will instead be released as they are ready. Hopefully, this means each update will be as polished as possible, while still allowing the people who make them to maintain a healthy work environment.