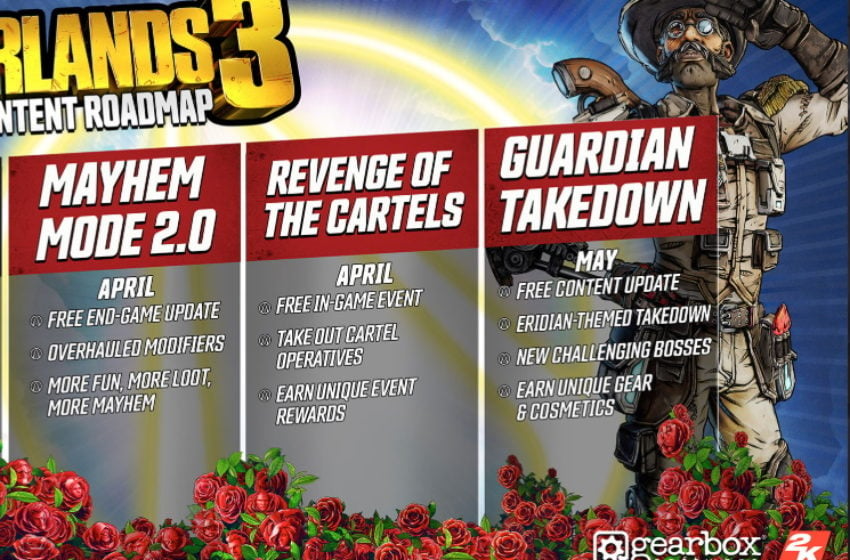 Unfortunately, there’s no exact release date for the Guardian Takedown. We do know it should be arriving before the end of May, and it does mark the final update coming to Borderlands 3 for the game’s spring roadmap. After that, developer Gearbox looks to the summer, and a new roadmap should release highlighting an array of unique events and content updates players can look forward to participating in.

The upcoming update will be free for all Borderlands 3 players. It will have an Eridian-Themed takedown, new challenging bosses for players to engage, and unique gear and cosmetics with the mode. Players will likely discover the update relies on the new Mayhem 2.0 system, which introduces a depth of new legendary weapons and gear for players to earn.

With Loot the Universe nearly finished during the middle of May, the upcoming Guardian Takedown update could come at any time before the end of the month. The content could come about immediately after a trailer announcing its arrival, or it could be something Gearbox officially discusses to their community about before it drops.

We’ll update this page with additional information Gearbox shares about Guardian Takedown. We can certainly expect it before May 31, though.