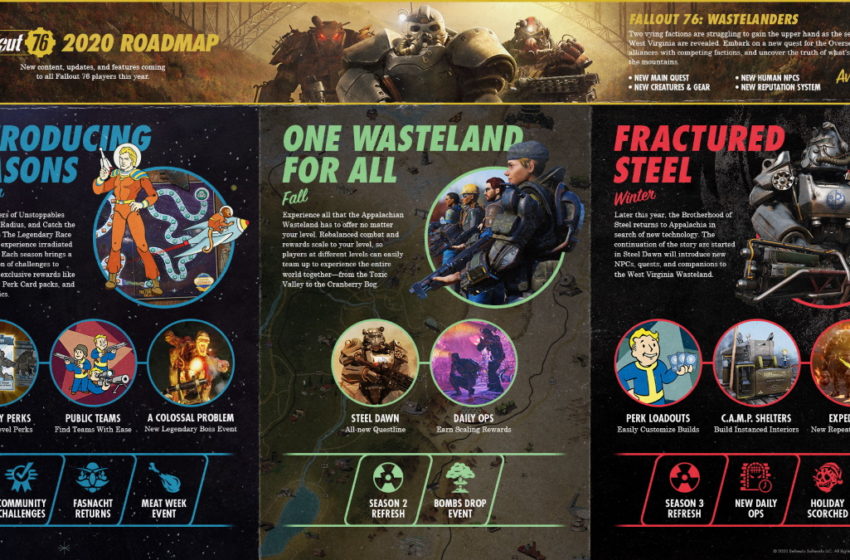 Three updates are on the horizon for Fallout 76. Announced on Bethesda’s official Fallout blog, one major one is called the One Wasteland update. Reminiscent of both Elder Scrolls Online (ESO) and Lord of the Rings in title, the One Wasteland update will bring some combat, world, and level changes to the game, although they are indirect.

What is the One Wasteland update?

Bethesda isn’t good at diversifying its names. The One Wasteland update is named almost exactly like the One Tamriel update from ESO a few years ago. On paper, these two updates are the same. The One Wasteland will allow players to explore the entire map, regardless of level, and will rebalance combat and drops to scale to the player’s level. High-level players will be able to team up with their low-level friends easier and explore together.

To get a better idea of what to expect, look at ESO’s similarly named One Tamriel update from 2016. It did a little more, because the world is a bit more in-depth, but the backbone is the same. Players could traverse the entire map, regardless of alliance or level, and combat and drops scaled to players’ levels. There are a few more ESO specific changes included in the update that don’t have parallels to Fallout 76.

When does it release?

It’s a bit surprising that a Bethesda MMO didn’t already have it as part of the game, given the experience and age of ESO. Fallout 76 didn’t have the best or most popular start which may have contributed to the delay in necessary updates. The first of three updates will come to the game in summer with the seasons update. One Wastelands should release sometime in the fall. And the Fractured Steel update will follow in the Winter.