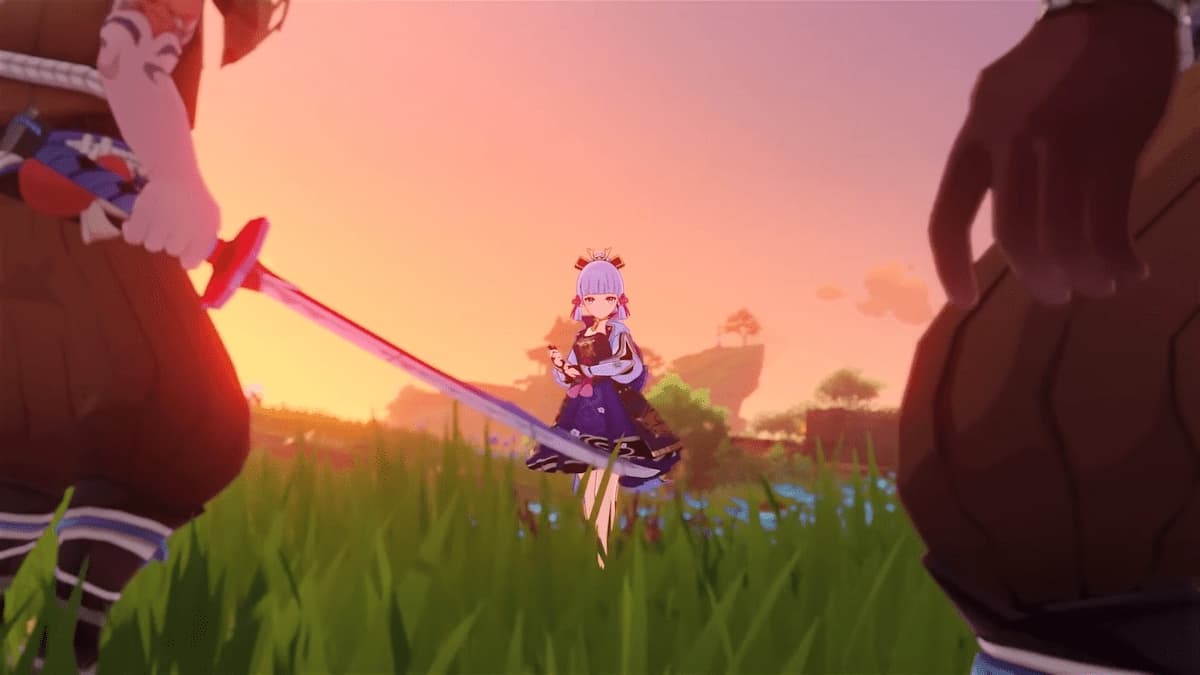 Kamisato Ayaka is the daughter of the head Yashiro Commission’s Kamisato Clan from the Inazuma region that will be added to Genshin Impact in the 2.0 update. Much like the region, Ayaka will become playable in the same update and is currently expected to be added to the game with the upcoming Banner on July 21.

miYoHo, the developers of Genshin Impact, have yet to confirm this, but leaks strongly imply that this will be the case. Ayaka is a Sword-wielding Cryo user and will be available from an event Banner called The Heron’s Wish. At 5-Star rarity she will be difficult to get unless you have a pity available.

Out of all her skills and abilities, one of the most interesting things about Ayaka is her alternative sprint. It will allow her to consume stamina to hide within a flow of sleet that moves along the ground as she moves. In this form, she can move at high speed on water. When she reappears it will cause cold damage to nearby enemies, and for a brief period of time, she will do cold damage with her sword.

It is this little detail that makes Ayaka interesting and unique, and a definitive fun addition to any party. Any player who is looking to get their hands on Ayaka should be able to start rolling for her on July 21.