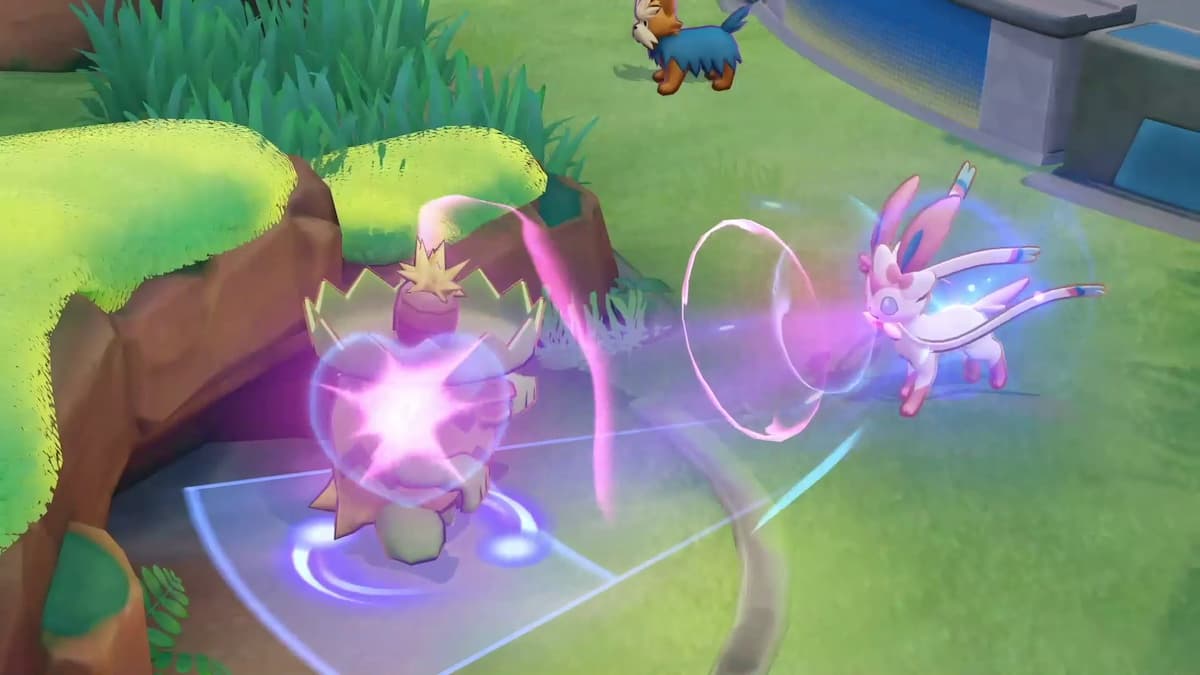 The Pokémon Presents on August 18 announced that the next Pokémon to enter the arena in Pokémon Unite would be Mamoswine and Sylveon. Mamoswine subsequently launched in the game on September 29. A few days after Mamoswine’s debut, Pokémon Unite’s Twitter announced Sylveon will come to the game at 5:00pm PT on October 5.

This release makes sense, as the current Battle Pass season ends on November 7. For context, Blastoise, the final Pokémon to be added during the previous Battle Pass season, came to the game three weeks prior to the end of the season. Once Sylveon is introduced, players will still have to buy a Unite License for the Pokémon using Aeos Coins or Aeos Gems before they can use Sylveon in gameplay.

Sylveon is a hotly anticipated addition to the MOBA because it will be the first Eeveelution in the game. The first generation Pokémon Eevee is notorious among Pokémon’s fandom for being able to evolve into a wide number of different Pokémon. Sylveon is a relatively more recent addition to the Eeveelution family, a fairy-type that typically evolves in the mainline RPGs through high friendship. Sylveon is an interesting Eeveelution candidate for Pokémon Unite, as it will be the third fairy-type Pokémon in the game’s roster, alongside Wigglytuff and Blissey.

There are no new Pokémon announced for the game beyond Sylveon’s release at the time of this writing. However, as November nears and the Galactic Ghost 094 Battle Pass season draws to a close, more Pokémon are sure to be announced.