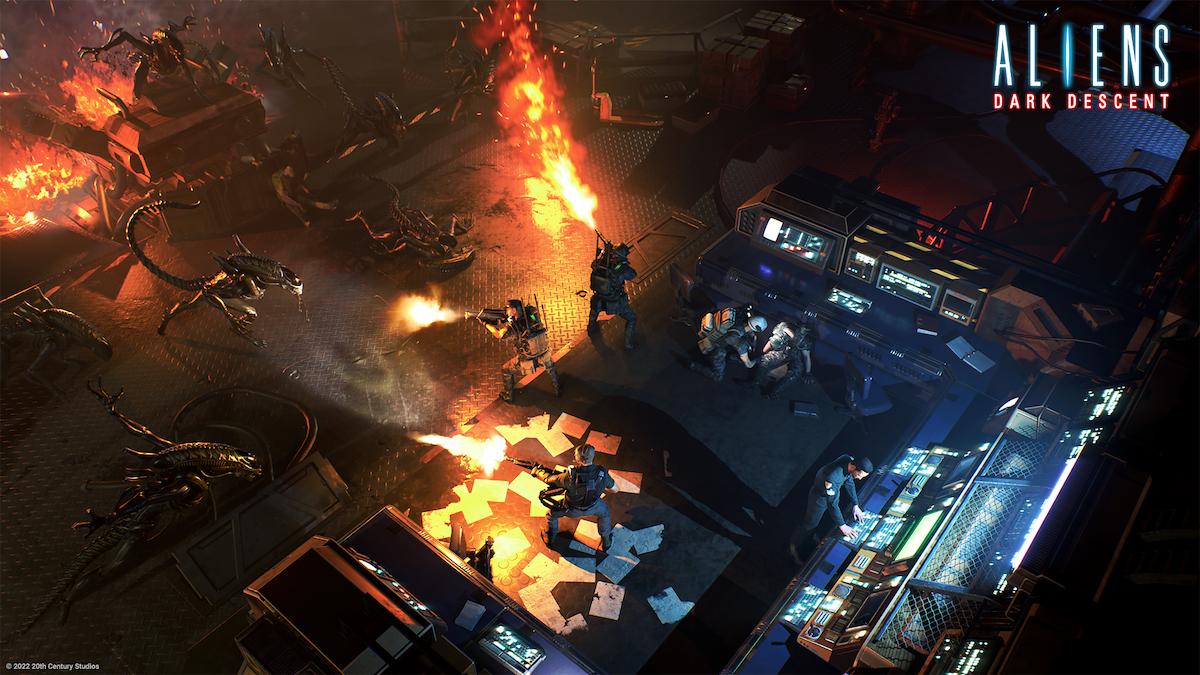 The first big announcement of Summer Game Fest 2022 was Aliens: Dark Descent, which looks to follow a similar premise to other games based on the Alien film series. It stars a group of space marines who have to fight off a bunch of the series’ iconic Xenomorphs aboard an abandoned spaceship. However, it might be a while before you’re able to get your hands on the game.

Publisher Focus Entertainment announced that Aliens: Dark Descent is set to launch sometime in 2023 for the PlayStation 4/5, Xbox Series X/S, and PC. No specific release date or window was provided, but we’ll update this article as more information comes out regarding the game’s release date.

The game was announced with a cinematic trailer featuring a group of space marines going head-to-head with some aliens. The trailer wasn’t particularly gameplay-heavy, but the game’s website features some screenshots that seem to indicate the title will be a top-down, squad-based, strategic action game. The game will feature a class system, and you’ll not only fight against aliens, but also rogue agents from the Weyland-Yutani Corporation, as well as some original creatures not previously seen in the Alien franchise.

Since the first film’s release in 1979, the Alien franchise has received a plethora of video game adaptations. Notable titles include Alien Resurrection, Alien: Isolation, and Alien: Fireteam Elite. Perhaps the most infamous Alien game is Alien: Colonial Marines, a first-person shooter released in 2013 that launched to an intensively negative reception following several troubled years in development.

Predator, a horror movie franchise that has frequently crossed over with the Alien series, has also received a handful of video game adaptions, including Alien vs. Predator and Predator: Hunting Grounds.