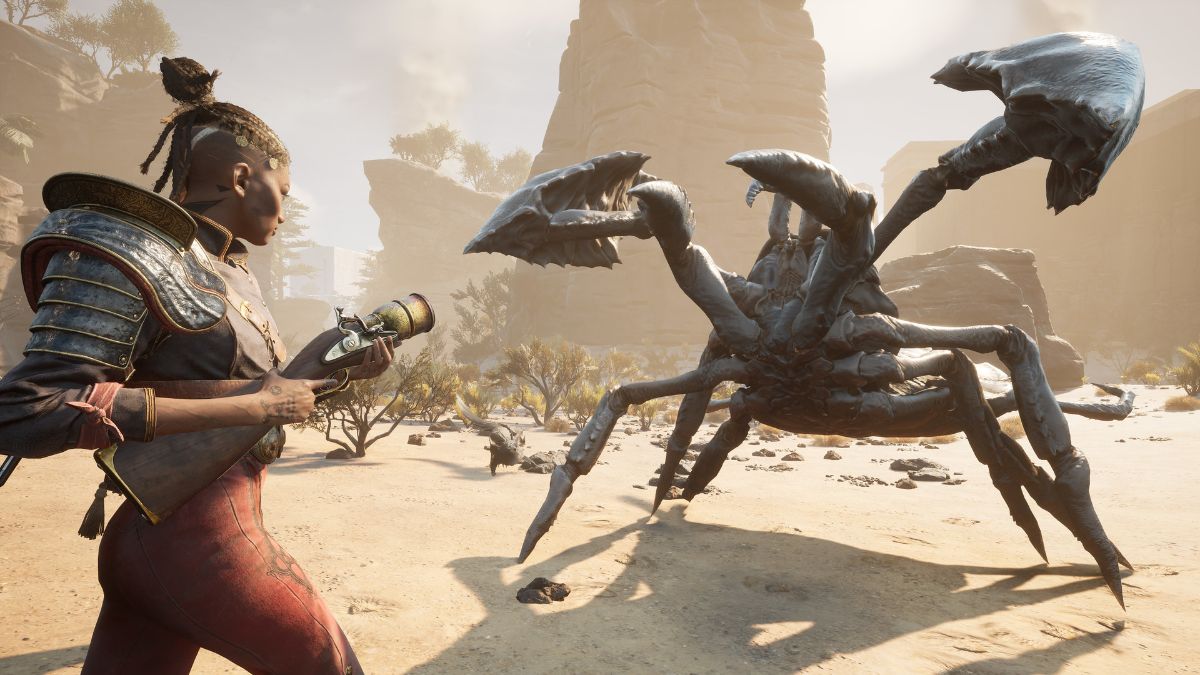 An all-new action RPG Flintlock: The Siege of Dawn is just around the corner, and a release window has been announced for the game. You’ll have to master your gunslinging and magical abilities to dominate the old God’s army when it comes to Xbox, PC, and mobile systems.

When can you play Flintlock: The Siege of Dawn?

The A44 Games developed Flintlock: The Siege of Dawn will be released within the Early 2023 timeframe. It will come to Xbox Game Pass on day one as well.

In the game, we’ll be exploring an open world as we fight the forces of the old God’s army of the undead. Civilizations have been overwhelmed as mankind struggles to fight against this new menace. However, now is the time to claw back the world humanity used to have.

You’ll play as Nor Vanek, who has taken up arms for the coalition army, but she isn’t just wielding guns. She also has a cute pet called Enki, who can use magical powers against the gods and the undead. Enki will also let you fly for a limited time towards yellow triangles in the sky.

The developer A44 Games says on the game’s Steam page that we’ll be able to “unleash powerful combos and embrace [our] creativity with every encounter.” Similar to Elden Ring, there will be challenging bosses to beat. It seems we’ll have to use these combos to overwhelm the enemy and figure out their patterns to succeed in Flintlock: The Siege of Dawn.

The objective is to gather as many forces to our side against the undead. The Blackstream sappers will be reassembled, who can use explosives and knowledge of weaponry against your foes.

As we explore the open world, we’ll be coming across desert sands, cavernous ruins, and the mysterious City of Dawn. Hopefully, more biomes will be featured in the game when it fully launches in Early 2023.

A44 Games has experience with an action RPG game called Ashen. It was positively received by critics around the world with an 81 Metacritic score. However, the user score is less impressive at 60. The development studio is based in Wellington, New Zealand.