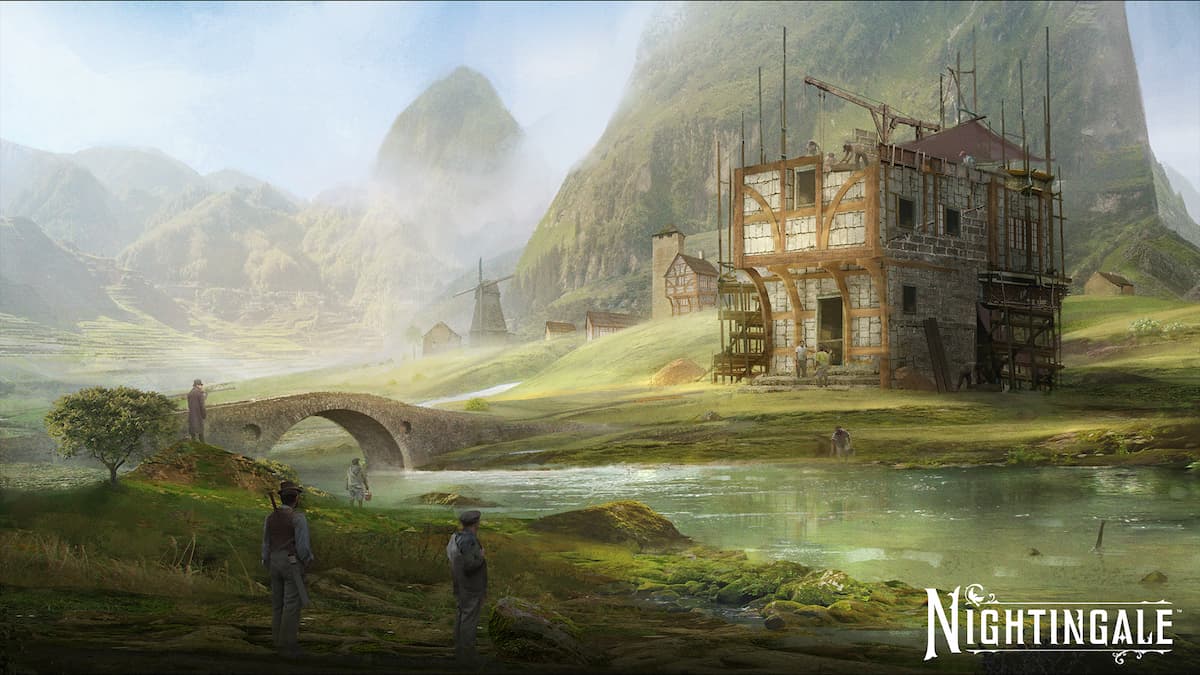 Nightingale, the debut game from Inflexion Games, was announced with a world premiere trailer at the 2021 Game Awards. While Inflexion is a new studio, the Canada-based studio touts veterans who have won Game Awards for their previous work. The studio, formerly known as Improbable Canada, is headed by Aaryn Flynn, who previously served as the general manager of BioWare. The veteran nature of the company was evident by the polished nature of the trailer.

Nightingale will release sometime in 2022, though a more specific date has yet to be announced. The game’s website teases the likelihood of playtests ahead of the game’s official worldwide release. At launch, the game will be a PC exclusive. The game’s console version is expected to launch a few months after the PC version.

Nightingale will be a shared-world steampunk flavored survival game. The game begins with the player getting stranded in a monster-ridden fantasy realm called the Fae after the collapse of an arcane portal network. Nigthingale’s mechanics will focus on exploring the game’s open-world map. Additionally, players will build infrastructures like farms, estates, and weapons and tools. While single-player gaming will be possible, the mechanics of the game have been built to encourage working together with an online community.