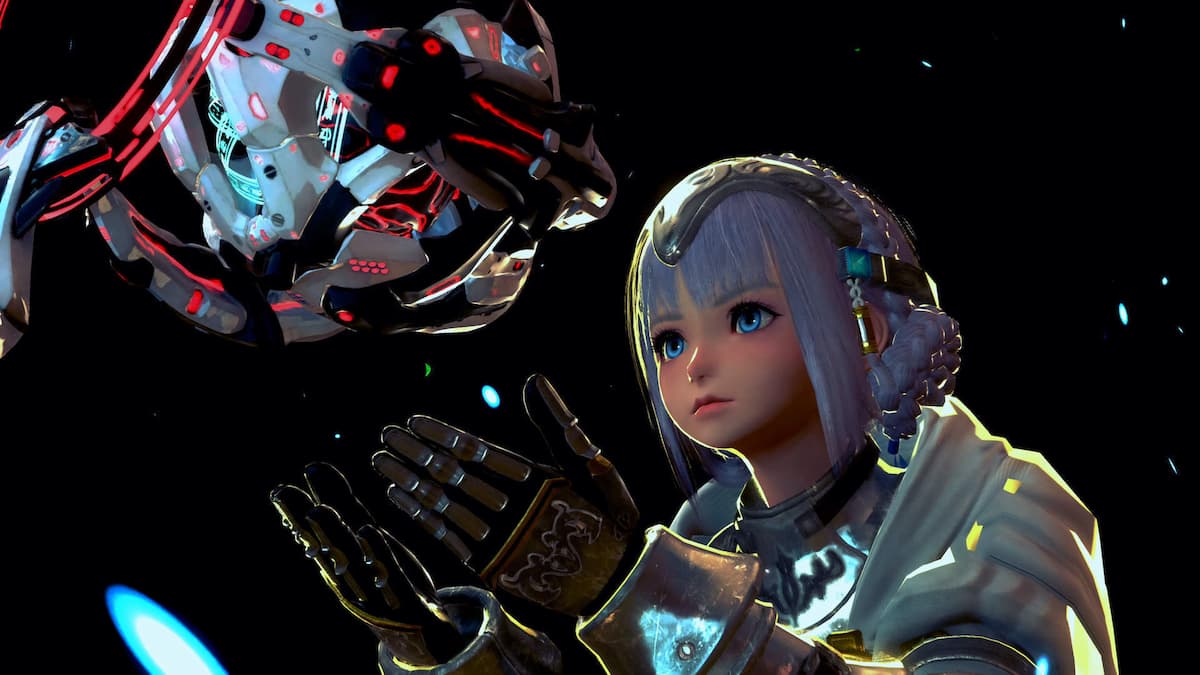 Star Ocean: The Divine Force features a storyline that hinges upon the franchise’s signature Double Hero system, starring Raymond and Laeticia. Within this sci-fi universe, Raymond is the captain of a space trading ship that hails from Verguld, an advanced civilization. Meanwhile, Laeticia is the princess of an underdeveloped nation on the planet of Aster IV. The story begins after Laeticia protects Raymond from an attack after crash-landing outside of his homeworld.

This Double Hero system offers different narrative perspectives depending on which character you choose to play as. This choice of protagonist also influences which characters end up in your active party.

Star Ocean: The Divine Force also increases its environmental scope through a new traversal system. Outside of battles, you’re able to freely fly around in 360 degrees, with seemingly few restrictions. This additional freedom means that the environments have been designed to be much larger than any past installment, encouraging exploration.