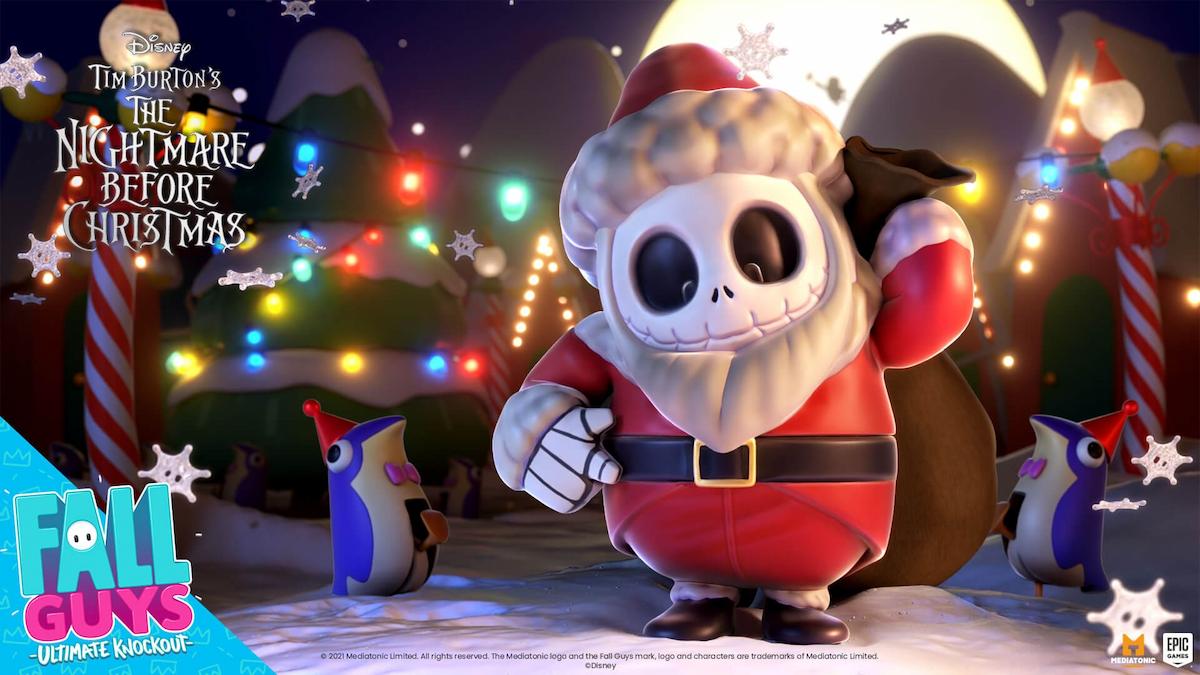 Mediatonic announced at The Game Awards that Fall Guys: Ultimate Knockout will cross over with yet another popular media franchise: Tim Burton’s The Nightmare Before Christmas. Cosmetics modeled after Jack Skellington, Sally, and the Mayor of Halloween Town will arrive in-game starting December 16.

On the official Fall Guys blog, the developer stated the cosmetics’ releases would be staggered as follows:

Additionally, the game’s website specified a series of challenges that will run from December 16 through December 27, known as “Santa Jack’s Challenges.” Attaining a certain amount of points during this event can net you the following items:

The Game Awards also broadcasted a trailer showing the new cosmetics in action.

This is far from the first crossover Fall Guys has had with other platforms. The survival party game previously received cosmetics inspired by characters from NieR, Doom, Half-Life, Shovel Knight, and Sonic the Hedgehog, to name a few.