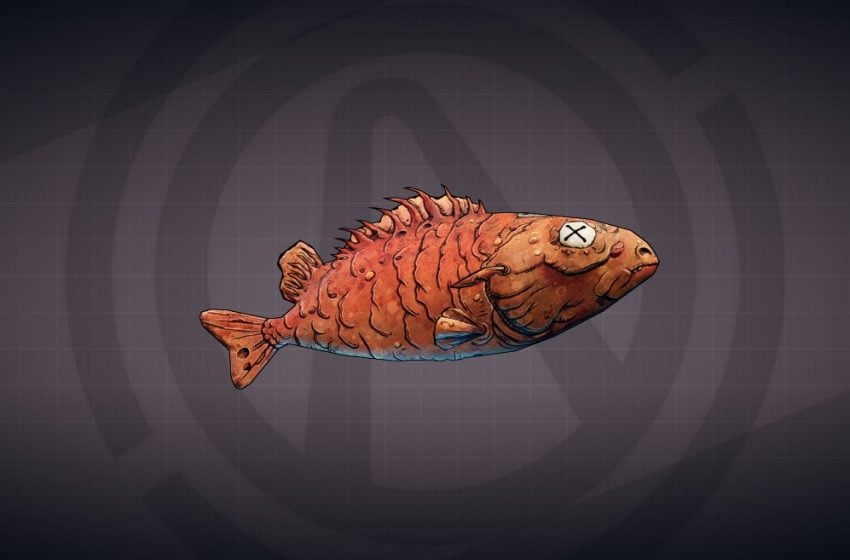 One of the challenges in Borderlands 3’s Revenge of the Cartel event is to slap a character called Fish Slap to death. You need to kill him via a melee attack, which is either going to be very easy, or very awkward depending on your build. The good news is that killing him will not only finish the challenge, but he can drop a new Legendary Grenade called, creatively, the Fish Slap.

What makes this grenade so interesting is not just that it slaps enemies so hard, the damage counts as melee damage, and scales with buffs to melee damage. This makes it incredibly strong with certain builds, and it should be a hot item for many players out there.

Finding Fish Slap is pretty easy, as he can appear in a couple of circumstances. The first is that he can spawn randomly anywhere in the game after you kill a Cartel member. If you see an enemy with some glowing neon armor, you can kill them, and they drop a beacon that calls in other enemies. Sometimes, this can be a character like Fish Slap.

The best way to find him is at Joey Ultraviolet’s hideout, the Villa. When you collect enough coordinates or Decorder Rings for Maurice, you will be sent there to kill Joey Ultraviolet, and Fish Slap can spawn in two places. The first is at the main door to the Villa as you are fighting your way inside. The second is during the Joey Ultraviolet fight; he can spawn in to try and help his boss out.

If you are loaded up with damage over time, then this can make the challenge awkward, as you need him to die from taking melee damage, so try to find a fine line between wearing down his health bar and doing so much damage over time that you need to compete against it to kill him. Melee builds can punch him death and laugh, and the rest of us gun-running dummies.

The good news is that you only need to melee him to death for the challenge; he can drop the Fish Slap Legendary Grenade regardless of his cause of death.