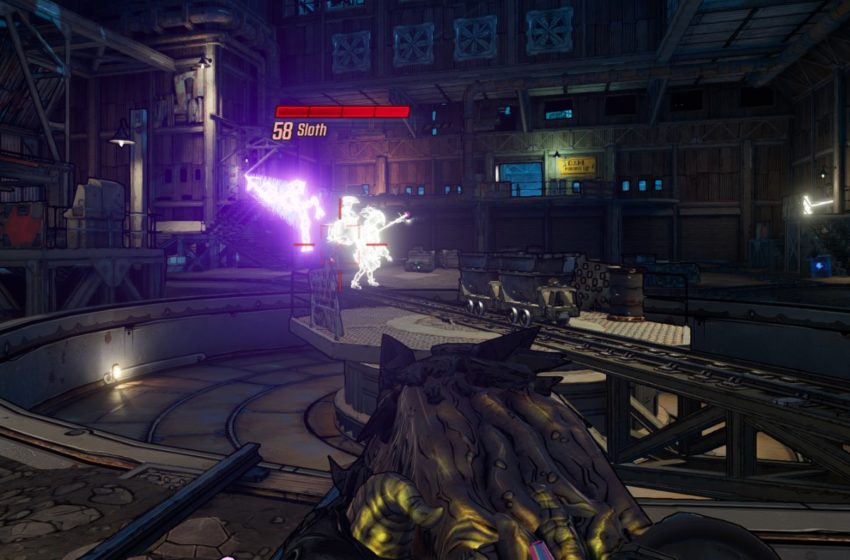 A recent hotfix for Borderlands 3 has added the Mongol Legendary Rocket Launcher to the game. This weapon can be farmed from Thunk and Sloth, a special pair of enemies in the game. They are an Easter Egg, a reference to a cult classic movie called The Goonies.

To find them, you will first need to have played through the game to the point of the Blood Drive mission, which will give you access to an area on Pandora called Konrad’s Hold.

You will also need to have gotten the random bounty for Thunk and Sloth from the Notice Board on Sanctuary. This appears to randomly populate in the game, so there is no specific way to get it that we know of.

When the bounty arrives for you, head to Konrad’s Hold and make your way to the Turntide Shed. This is a large building directly up the main path from where you spawn. Inside you will find some train tracks, and a platform for turning trains.

Thunk and Sloth will spawn in here, and they are not very difficult to kill. All you need to do is stay farming them until they drop the Mongol. We haven’t been lucky enough to get the Mongol to drop yet, so have no idea if it holds up to DPS monsters like the Yellowcake and the Plaguebearer. As soon as we get one, we will let you know if it’s TVHM Mayhem 10 worthy or not.

Keep in mind that some rebalancing is being done to the game, and will be arriving in an upcoming patch, so even if it doesn’t shine now, it could be great when the new patch arrives.