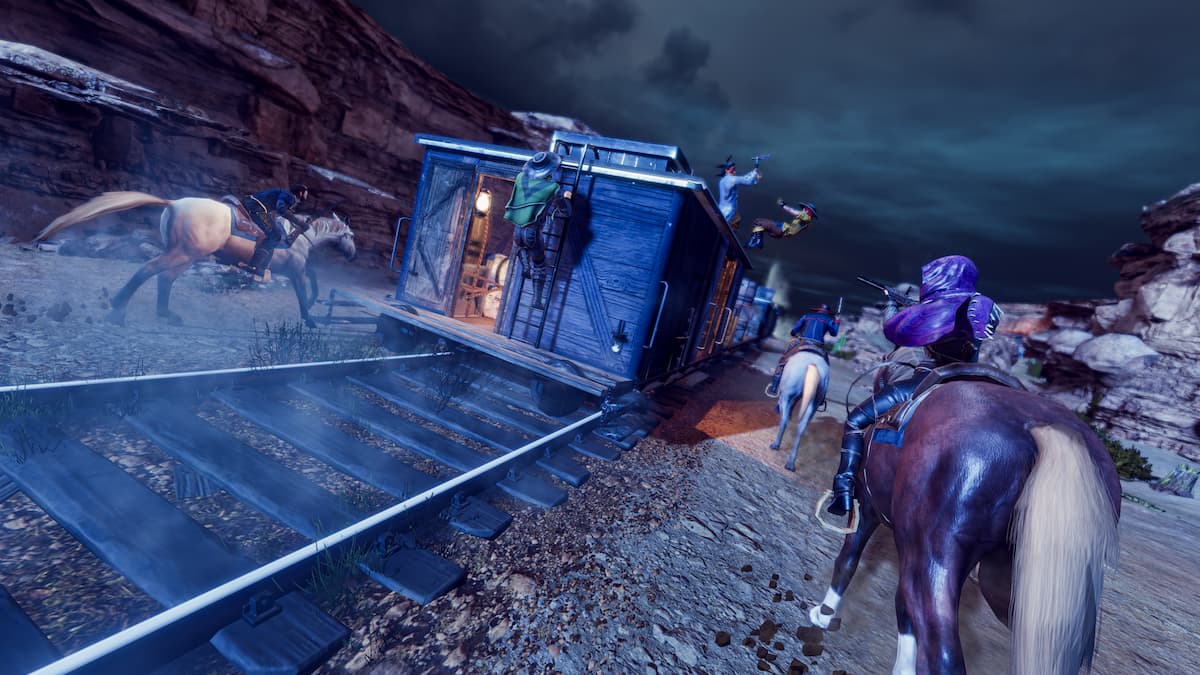 Hard West 2 is full of characters to interact with and side quests to take with your posse of magic-infused cowpokes. You’re usually provided with bright, green waypoints leading you to your next objective, but a few side quests seem a bit more hidden when you first get them. The bounty hunt for the Copper Vultures Gang can first be picked up at the start of Chapter 2 in Black Salt Lake, but there’s nothing showing you which way to go.

How to find the Copper Vultures Gang in Hard West 2

You can’t find the Copper Vultures Gang after picking up the quest because this is part of the main quest line you’ll need to work through as you move through Chapter 2. Soon after starting the chapter, you’ll decide that your crew needs a cannon to break through a blockade and continue your quest to find the Ghost Train, which leads you to one of Gin Carter’s old partners, Hartman.

Related: How does loyalty work in Hard West 2?

Hartman has the cannon you need but wants you to complete a few missions before doing so. One of these is to take down the Copper Vulture Gang, which has holed up in Scorndale. This story has a fun twist that we won’t spoil, but the long-and-short of it is that you need to take out the gang.

We recommend doing everything you can to complete all of the objectives in this combat encounter because one of them gives you access to a treasure map that will eventually reward you with 110 gold. That’s a pretty penny in the Hard West. Once you wrap this quest up, you can move on to the other hidden side quest and take out Lady Shrike before continuing on your ultimate path and defeating the devil himself.