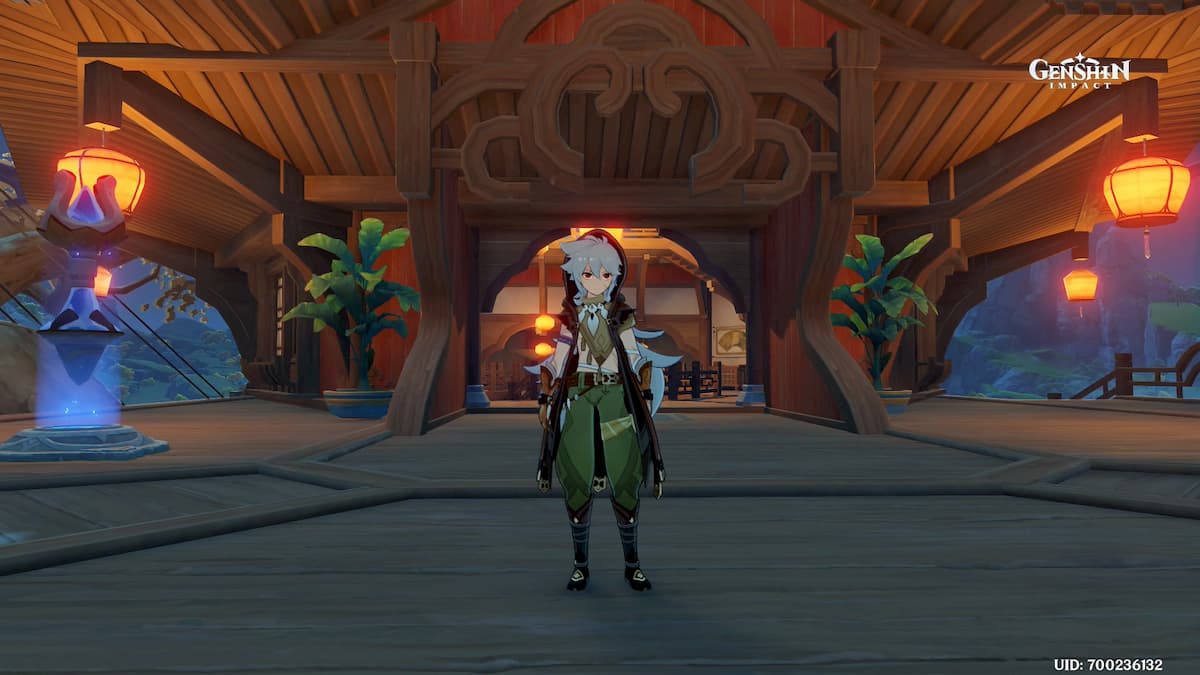 Wangshu Inn is an area in Genshin Impact that newer players may be in search of due to the ongoing Marvelous Merchandise event. If you have the clue sending you to Wanghu Inn, and have no idea where that is, this guide will help you get there.

You can find the Wangshu Inn in Liyue, the game’s second area. If you haven’t been into Liyue at all yet, the map below will show you how to get there from the Dawn Winery, right on the edge of Mondstadt and Liyue.

After making your way to the Dawn Winery, to the southwest of Mondstadt city, go along the coast and follow the path south. You will come to an area called Stone Gate which is a large series of stairs and walkways through a mountain. Continue south again and you will arrive at the Dihua Marsh Statue of the Seven. Interact with this to reveal the surrounding area, and you will see Wanghu Inn, once again to the south.

It’s an Inn at the top of a large outcropping of rock, but Liben is located at the bottom, near some merchant stands. It is worth investigating the Inn, as there are some Oculi to be found, and an important recipe is hidden away in the Inns kitchen, so make sure to visit it at least once. There are also plenty of missions that will originate in this region, along with daily commissions, and plenty of farming to be done, Oculi to gather up, and other activities that will help you level up your characters.